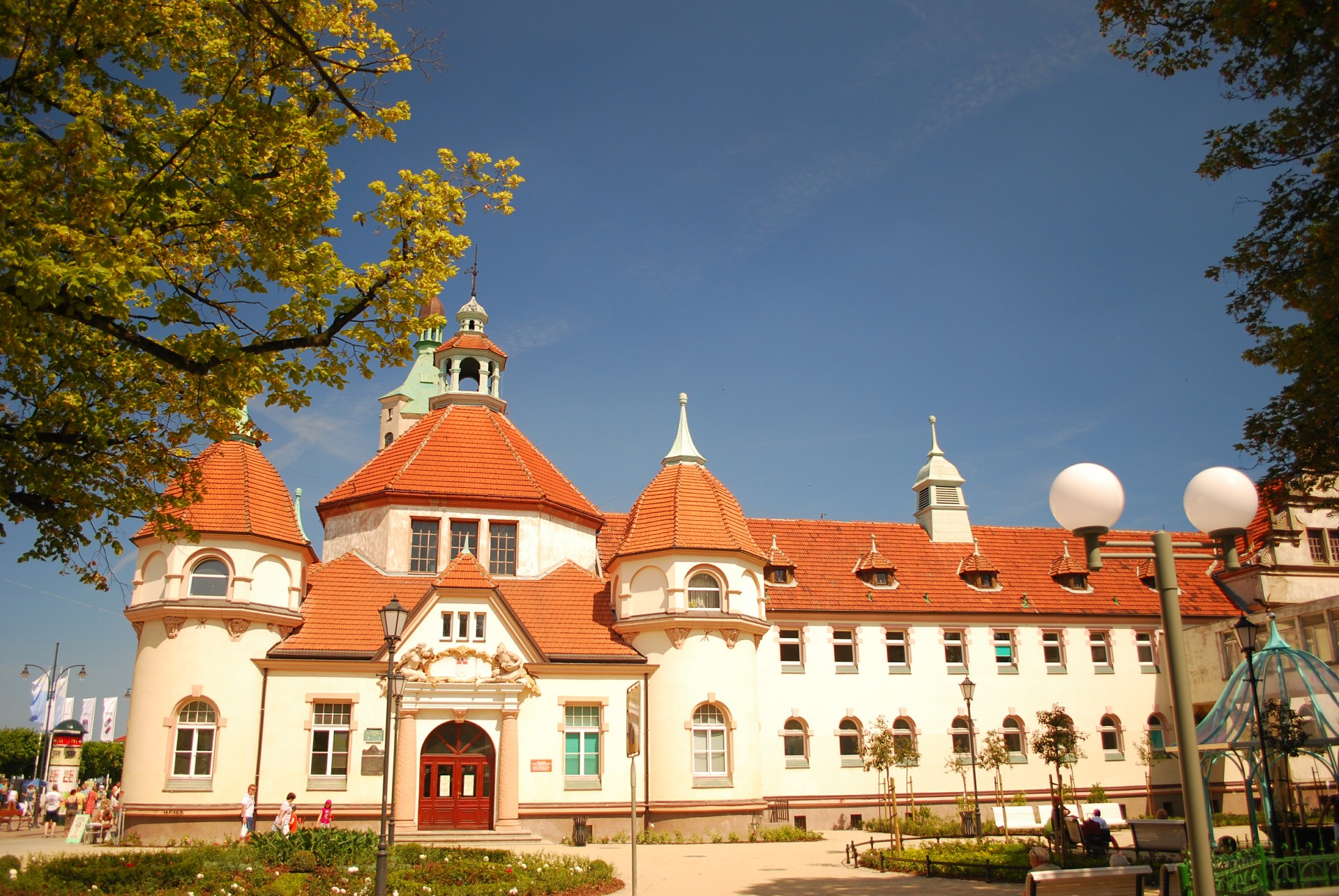 Creating a health resort in Sopot two hundred yeas ago is attributed to Jean Haffner, a doctor devoted to popularising hygiene. Haffner’s programme was implemented with a strong accent on treatment and health improvement. The Doctor managed to develop this fishing village into a town with modern health-treatment equipment

Sea bathing was given a crucial role in healing processes, initially used only by the most determined guests of the resort. Other bathing equipment enjoyed much more attention and was initially located in the one and only “hot and cold baths spa” in Sopot, owned by Haffner. The place offered baths in fresh and sea water, warm and cold water, in bath tubs and under showers and even under a special waterfall, which discharged large amounts of water from some height directly onto the patient. This was known as “the rapid bath”.

The word of mouth from Sopot patients about the visible health improvement effects prompted an increase in the number of people willing to use the facilities and get better in Sopot. The health resort facilities also became more and more specialised. The beach bathrooms were used separately for bathing in the sea as opposed to the more advanced equipment and water health treatment techniques located in the centres next to the beach.

The 20th Century, together with growing tourism, brought to life a new chapter in water qualities in the health resort. Tourists arrived to Sopot to enjoy the sea, and those with weak health to get better, in the specialised watermedicinal health centres. Such a centre was erected in the early 20th Century and it exists to this day as Zakład Balneologiczny, located next to the entrance to the pier, the same location as Dr Haffner’s bathing centre. The rheumatological hospital is located there to this day, providing bathing and inhalation treatments stemming from the two-hundred-years tradition. There are four other health spas in Sopot offering help to persons with rheumatic and respiratory-system problems.

The health resort functions of Sopot were strenghtened by the discovery of brine underground sources at the turn of the 20th Century and the construction of brine intakes, from which it is directed by waterpipes into the inhalation spot at Południowy Park and the fountain in front of of Zakład Balneologiczny. Although health resort activity has been conducted in Sopot for 200 years, official health resort status was granted to the city only in 1999, upon meeting some strict environmental protection requirements.

Sopot, thanks to its location, tourist and medical infrastructure, is a fully-professional health resort. It offers treatments, prophylactic health improvement and the beautiful surroundings, and the relaxing and recreative atmosphere has a good effect on the psyche, and thus fulfils the healing function of the city.

The Observation Point Trail in Sopot

The Forest Stadium in Sopot