How does a lighthouse work? “We are here so that this lantern never goes out” 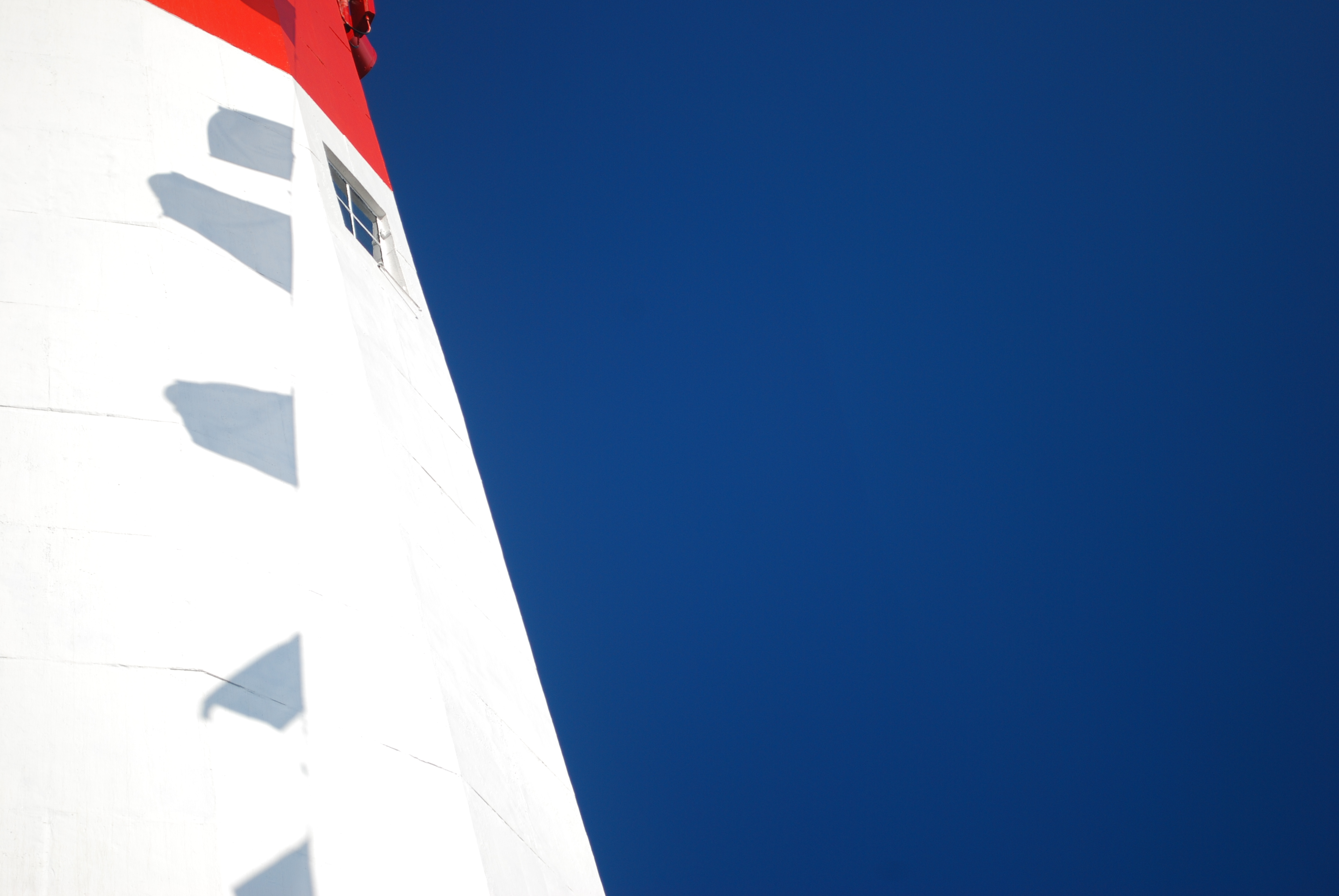 Good souls that point the way to the port. They are always present – when the sun is shining and when the storm is raging. They give a light of hope, light of lighthouses. Lighthouse keepers. Occupation – a legend. Not so popular any more, but necessary even nowadays.

Seventeen lighthouses dominate the Polish coast. The lighthouse Rozewie, Hel, Sopot, Ustka – most of them are still functioning today. Steadfastly, regardless of the weather, they drive ships across the Baltic. The lighthouse in Stilo is located about a kilometre from the shore and the same from the nearest village. Located in the middle of the forest, it is a great attraction. We talk about work on the tower with Dariusz Gdula, a lighthouse keeper from Stilo lighthouse.

Pomorskie.travel: The lighthouse in Stilo is considered one of the most beautifully located. It is surrounded by forest, dunes and, of course, the nearby Baltic Sea. The lantern itself is over one hundred years old.

Dariusz Godula: To get to the lighthouse in Stilo you have to go through the forest and go up the hill. Access is not so easy. But it’s a good thing. The lantern was built in 1904-06. It was built by Germans, because it was a German territory. They used a hill, a dune and a 45-meter hill. An almost 34-meter-high tower has been erected here with a light height of almost 80 m above sea level. The tower is bolted, and the joints, for sealing, are flooded with lead. The agent was covered with corkscrew spray paint for thermal insulation. 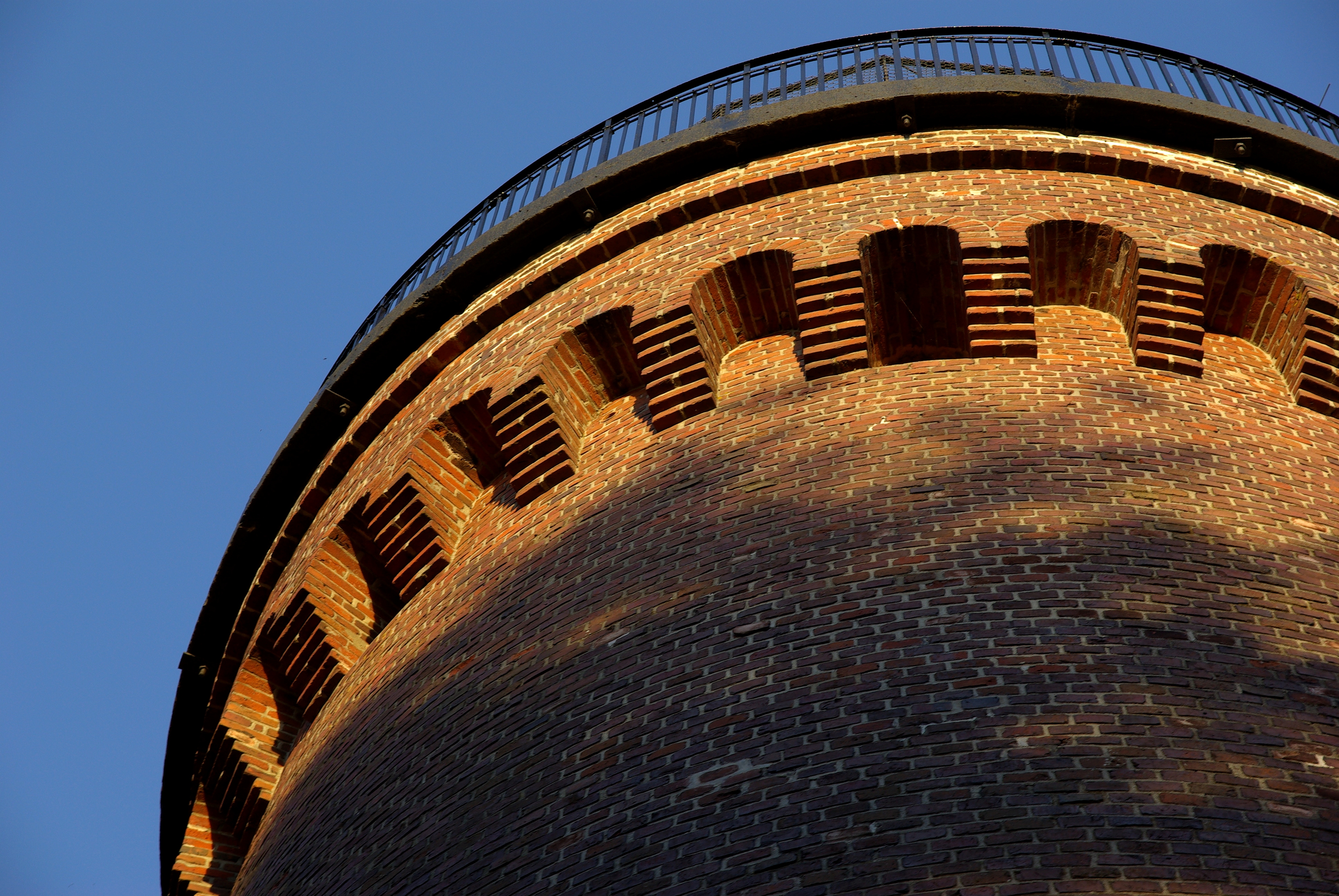 You can admire wonderful views from above. We observe Łeba with dunes and the entrance to the port, the Łebsko and Sarbsko lakes. Besides, we also have sand dunes nearby that move. Western winds are flooding the forest and the hill is moving. On the left we have a lighthouse in Czołpino, on the right in Rozewie. We are about 40 km away. We do not see ourselves, even through binoculars, but at night, with good visibility, we see our lights and we blink together.
The lighthouse is a very interesting construction. It is worth seeing and visiting.

Pomorskie.travel: Where did the non-Polish name Stilo come from?

Dariusz Godula: Many people ask me about it. I heard about two versions. One is that Stilo comes from the German “still”, i.e. windless, calm. The second version says that the nearby village of Osetnik formerly was called by the German-speaking inhabitants of Stilowo.

Pomorskie.travel: What is the work of a lighthouse keeper?

Dariusz Godula: We are here so that this lantern never goes out. Today, our work is primarily to keep the lighthouse moving. We make sure that the bulbs shine, and when they do not shine – we exchange them. We take care of the lighting, clean it at night, when a lot of flies, mosquitoes and moths come in. We maintain necessary equipment, such as a power generator. In the main room of the lighthouse there is a round metal table. On it there are columns of light bulbs – six main bulbs and two spare bulbs. The light is on all the time. From a distance it seems to be a flash of 0.3 seconds. The table rotates and one cycle lasts 12 seconds. A good navigator will recognize that it is S and Stilo. At night, each lantern is lit by the walrus alphabet – we shine the letter S – three dots as Stilo. 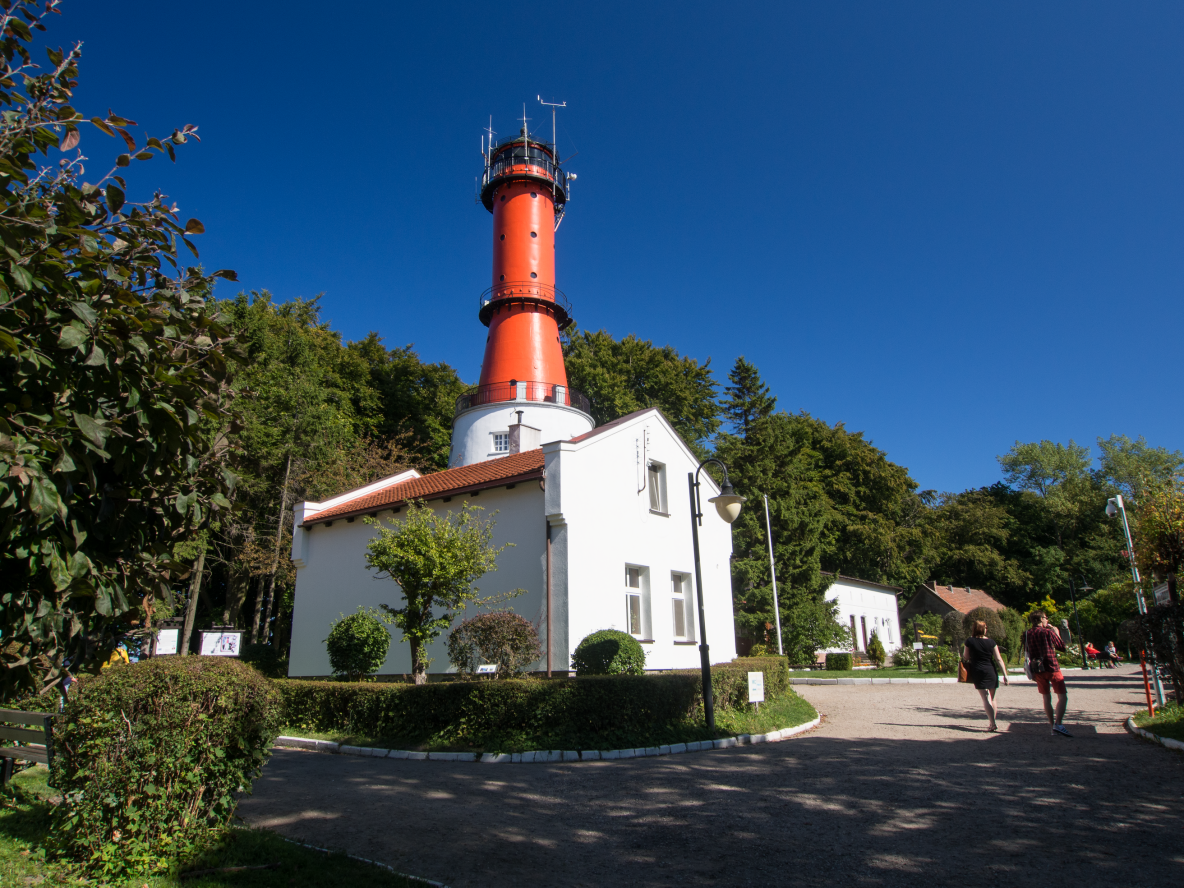 The Lighthouse keeper is aa example of an old profession. In the past, the technique was not so advanced. Four workers were working in Stilo. The lighthouse was hand-operated. The sunrise and sunset were marked in the calendar. As the sun rose, the lantern was extinguished. When it was going, it lit up. Currently photocells are installed, to switch on and off the light. At the moment, there are three lighthouse keepers in Stilo.

Dariusz Gdula: Yes, although it wasn’t sure if I became a lighthouse keeper. Ultimately, my dad convinced me, Longin Godula, who retired in 1998. He worked here 38 years and gave me a lighthouse tradition. I could say that I had no way out. I’ve been working at the Stilo Lighthouse from a very early age. My dad took me here in the years 70, when the border zone was in operation, the troops were stationing here.

It is that the profession is passed from father to son. I myself have been sitting here for over 20 years.

Dariusz Godula: This is a beautiful profession. Quiet. You can observe the wildlife, listen to the birds singing and the buzz of the sea. I work and I rest.

Pomorskie.travel: Lighthouse keeper is a good soul. It helps every day and in hopeless situations…

Darius Godula: Today there are less dangerous situation than in the old days. But in the past, we often had oranges or cigarettes on a nearby beach. This happened after the storm when the ship lost the container. I remember the story that my father was telling. In October 1971, a Danish West Star ship sailed from Gdansk to England. He transported wood, specifically the wooden planks. It was loaded down the side and at the height of the Stilo it was caught by the storm. It fell on the engine and started tilted to one side. 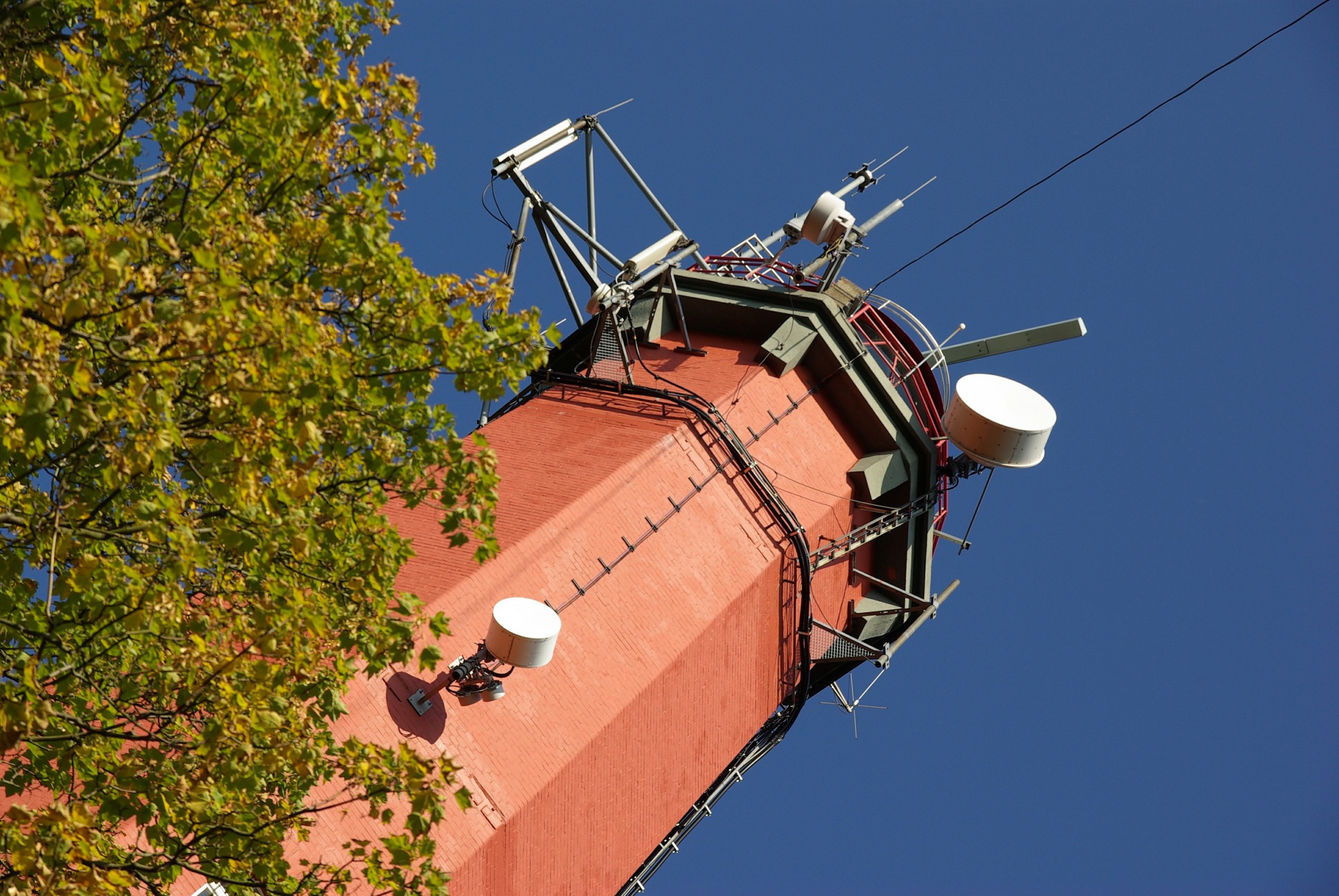 The lighthouse in Hel, fot. pomorskie.travel

The captain thus gave an alarm signal: mayday, mayday! My father, who then was on the lighthouse, immediately turned into a rescue action. He contacted the rescue base, but due to a strong storm the rescue ship could not embark on help. My father was instructed to control the position of the ship and to see if his lights were visible. Eventually, the rescue ship sailed early in the morning, and in the meantime the West Star settled around 200 meters from the shore. He managed to save the entire crew. Today, when we walk down the beach at the height of Ulinii, you will see two flagpoles projecting from the water. Those are the West Star flagpoles.

Pomorskie.travel: Today, in an era of extraordinary technological development and automation, are lighthouse keepers still needed?

Darius Godula: Exactly. Everyone thinks that nowadays, in the era of computers and GPS on the water, everyone can give advice. However, when the storm suddenly comes, the hurricane, the high tide, the battery will flood or forget to recharge the phone… Then it is no longer so easy and the lighthouse is a board of salvation. At the time of the loss of orientation, a man gets panic, and the lantern is the hope that shines…

The Stilo lighthouse can be visited during the high season from 1 May to 31 August.

Tourists also choose the Lighthouse Trail, which stretches from the east to the west coast of the Baltic Sea.

The lighthouse in Ustka, fot. pomorskie.travel