On the northern edge of Poland there is an area which, despite its huge tourist popularity, maintains its natural assets and still hides unspoiled corners of nature. This is the Nadmorski Park Krajobrazowy [Coastal Landscape Park] which covers – in its land part – the whole Półwysep Helski [Hel Peninsula], a narrow passage of coast that stretches from Białogóra to Władysławowo and includes the area of Karwieńskie Błota, littoral fragments of Kępa Swarzewska [Swarzewska Moraine-mound] and Kępa Pucka [Pucka Moraine-mound], the proglacial valleys of the rivers Płutnica and Reda, and coastal land to the village of Mechelinki.

The diversity of local fauna and flora found here is due to the fact that you will find here all types of sea shores characteristic of the south Baltic, that is cliffs, dunes and coastal lagoons. As a result, you can find here rare plants characteristic of such terrains. If you want to see for yourself the most interesting phenomenons of coastal nature, it is worth following one of the marked out trails.

“Przez wąwozy i klify Rozewia” [“Through the gullies and cliffs of Rozewie”] is the name of a trail that has its start and end by a 19th century lighthouse. This 4.5-kilometre route is located near the popular holiday destination Jastrzębia Góra, and shows both the character of the coastal landscape – with characteristic plants – and the remains of the history connected with this place. The trail passes monumental trees (a pedunculate oak and a European beech), the eroded gully  “Łebski Żleb” with its pine forest and beech forest, relics of important sea battles and a pebble beach at the foot of a cliff. Along the path, you can look for various bird species, as this place is visited by the white stork, mute swan, common ringed plover, common shelduck, woodlark, tawny pipit, butterbump, oystercatcher, common tern, bullfinch, black-headed gull and dunlin.

Attractive nature trails can also be found on the Półwysep Helski [Hel Peninsula]. The Uroczysko “Każa” [“Każa” Range] trail is located between Chałupy and Kuźnica. This trail is not long, at just over one kilometre, but covers a sandy beach, dunes, heaths, as well as wetland hollows, and shows us many plant species, including blackberry, cowberry and wild black cherry bushes and sand-liking grasses that have adapted to extreme nature conditions, like lyme grass and leymus. On the dunes, we can also meet singing birds which find shelter in thick, prickly bushes, including the lesser whitethroat, common whitethroat, Eurasian blackcap and red-backed shrike. 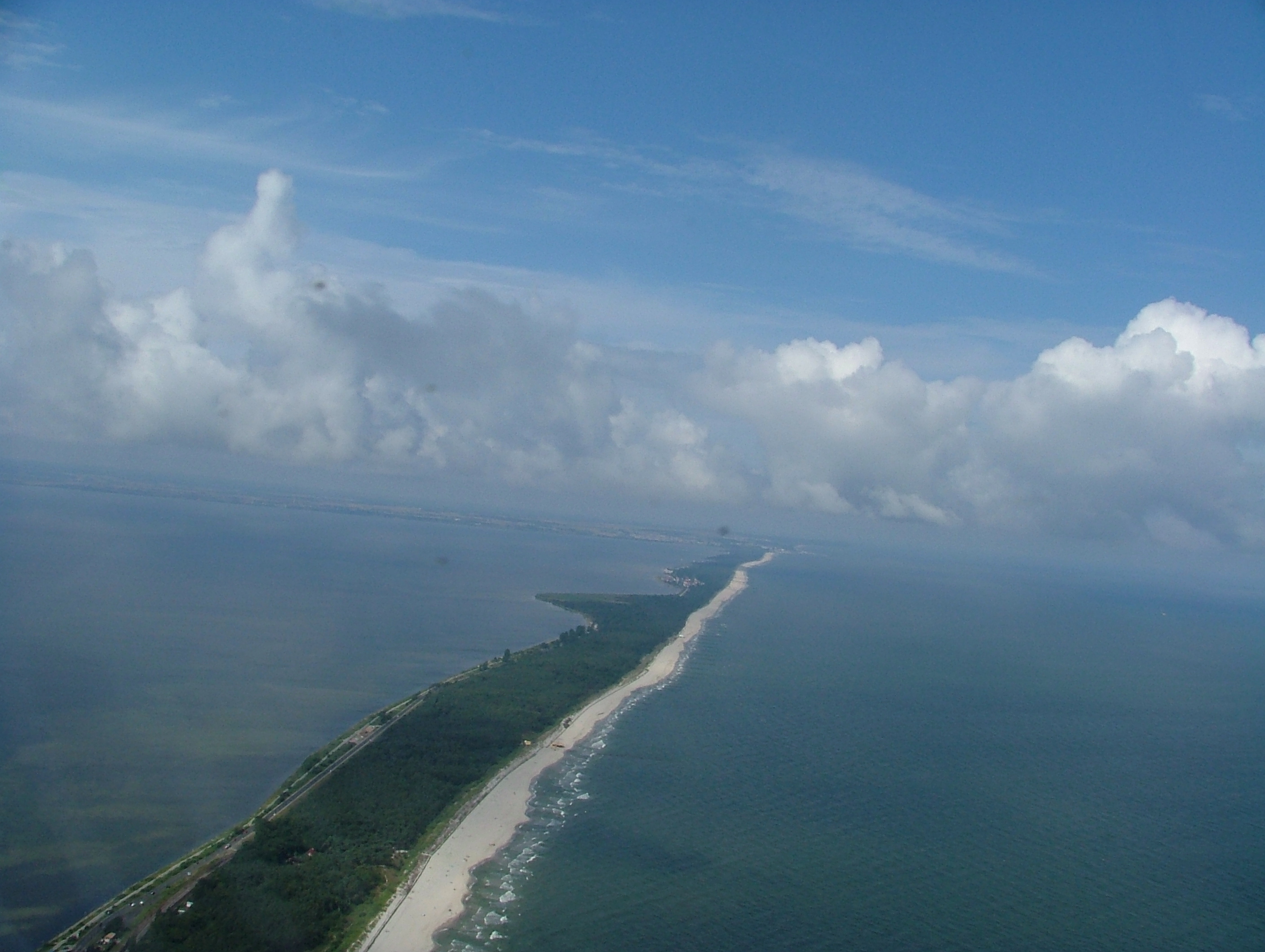 The 2.5-kilometre nature trail to Libek Hill also starts and ends in Kuźnica, leading through one of the narrowest paths of the peninsula. Going along the shore, which is secured with lines of wooden stakes, you can observe pines growing on the dunes, with a shape that results from the strong winds occurring here. During the winter, the local waters are visited by wild birds, including mallards, goldeneyes, long-tailed ducks and common scoters. The aim of the trip is Libek, the highest dune in the western part of the peninsula, with a height of 12.5 metres. The hill is overgrown with beech and pine forest, and you can also find here a twinflower, which is a glacial relic under species protection in Poland.

A few kilometres further away, in Jastarnia, you can find a 2-kilometre long marked trail in the area of the ecological site “Torfowe Kłyle.” It leads through meadows and former pastures by Zatoka Pucka [Puck Bay]. On the seven stops of the trail, you will see a birch forest (a substitute for the original alder forest which was present here), reeds, plants of the nearby dunes and beaches, as well as a narrow passage of small oak forest. The last stop focuses on halophytes, which are rarely seen in Poland. Numerous bird species nest in places that the trail covers, including the lesser whitethroat, common whitethroat and Eurasian blackcap, as well as the brood parasite the cuckoo. You may also spot a predatory red-backed shrike which, after hunting, spears its victims – insects and little vertebrates – on the thorns of prickly bushes.

In Jurata, located near the end of the peninsula, it is worth in turn taking the Żyzne Lasy z Orilcą trail, which is marked out in an area with distinctive landforms. You will see here dunes which are transverse to the peninsula’s axis, as well as longitudinal hollows in between the dunes. Paludification and peat intercalations influence the character of local flora. The route that you will follow covers swampy terrain with an alder-birch forest, as well as dunes with oak-birch formations, in the vicinity of which there is a grand fern growing even up to a height of 2 metres. On the beach by the Zatoka Pucka [Bay of Puck] you can also meet the talitrus saltator, a little amphipod crustacean which is characteristic of this area and which feeds on the remains of plants discarded by the sea.