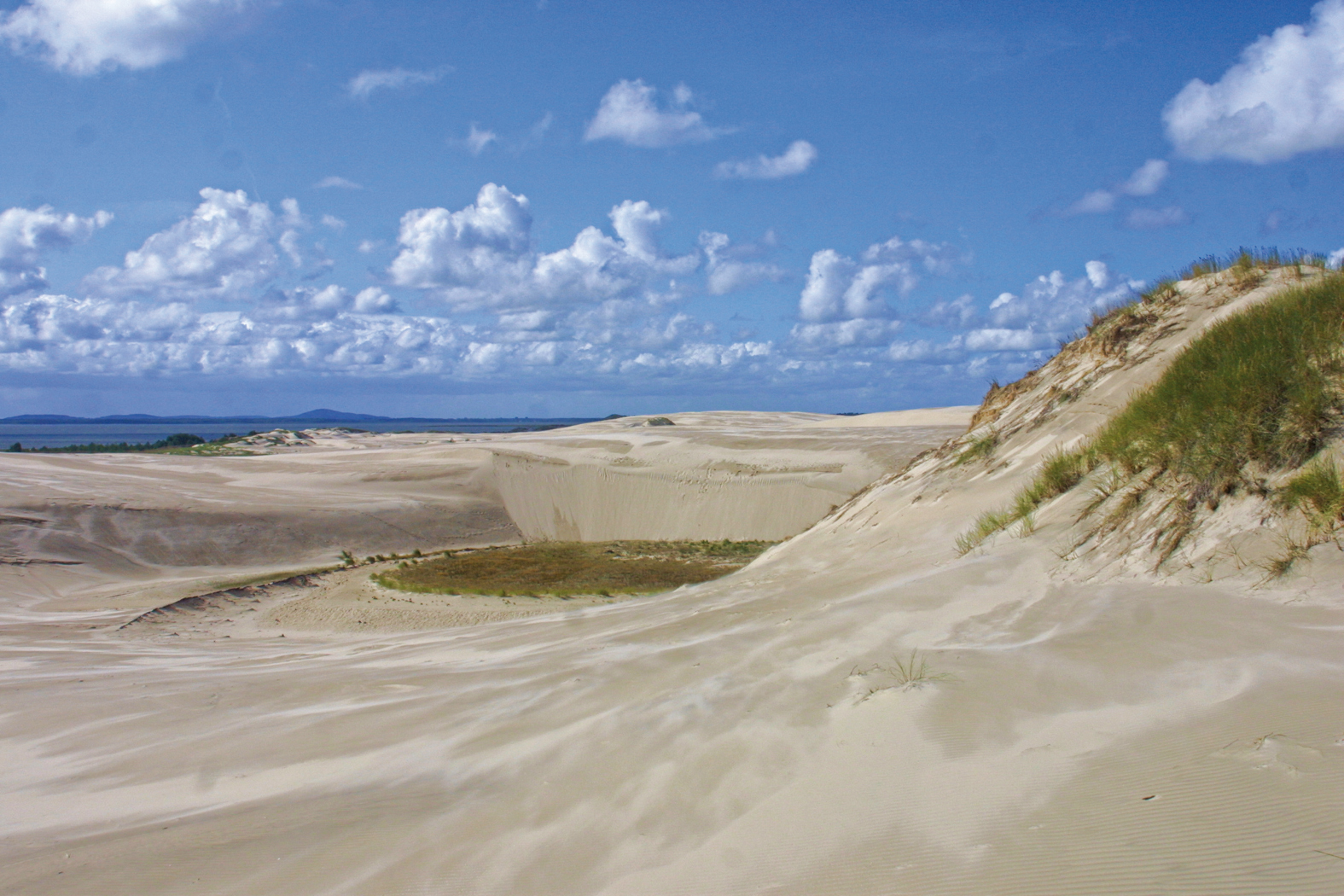 Associated primarily with stunning sands, the Słowiński Park Narodowy hides many secrets of nature which you can uncover from many angles. You can make the most of the refreshing energy of this place, during every season, as is happily done by guests from all over Poland and from abroad. However, it is still an area where silence dominates and a relaxing aura floats in the air (which also includes lots of health-giving iodine).

The park covers the most special part of the Polish Baltic Sea coast, including Mierzeja Łebska [the Łebska Spit], Nizina Gardeńsko-Łebska [the Gardeńsko-Łebska Lowland], fragments of a terminal moraine from the last glaciation, as well as lakes Łebsko, Gardno, Dołgie Wielkie and Dołgie Małe. Besides the spit, with its moving dunes, characteristics of the Park are forests, swamps, peat bogs and meadows, which constitute a habitat for wild nature replete with specimens of fauna and flora that are rarely seen in other corners of the country. Seven nature trails of various character have been marked out here. 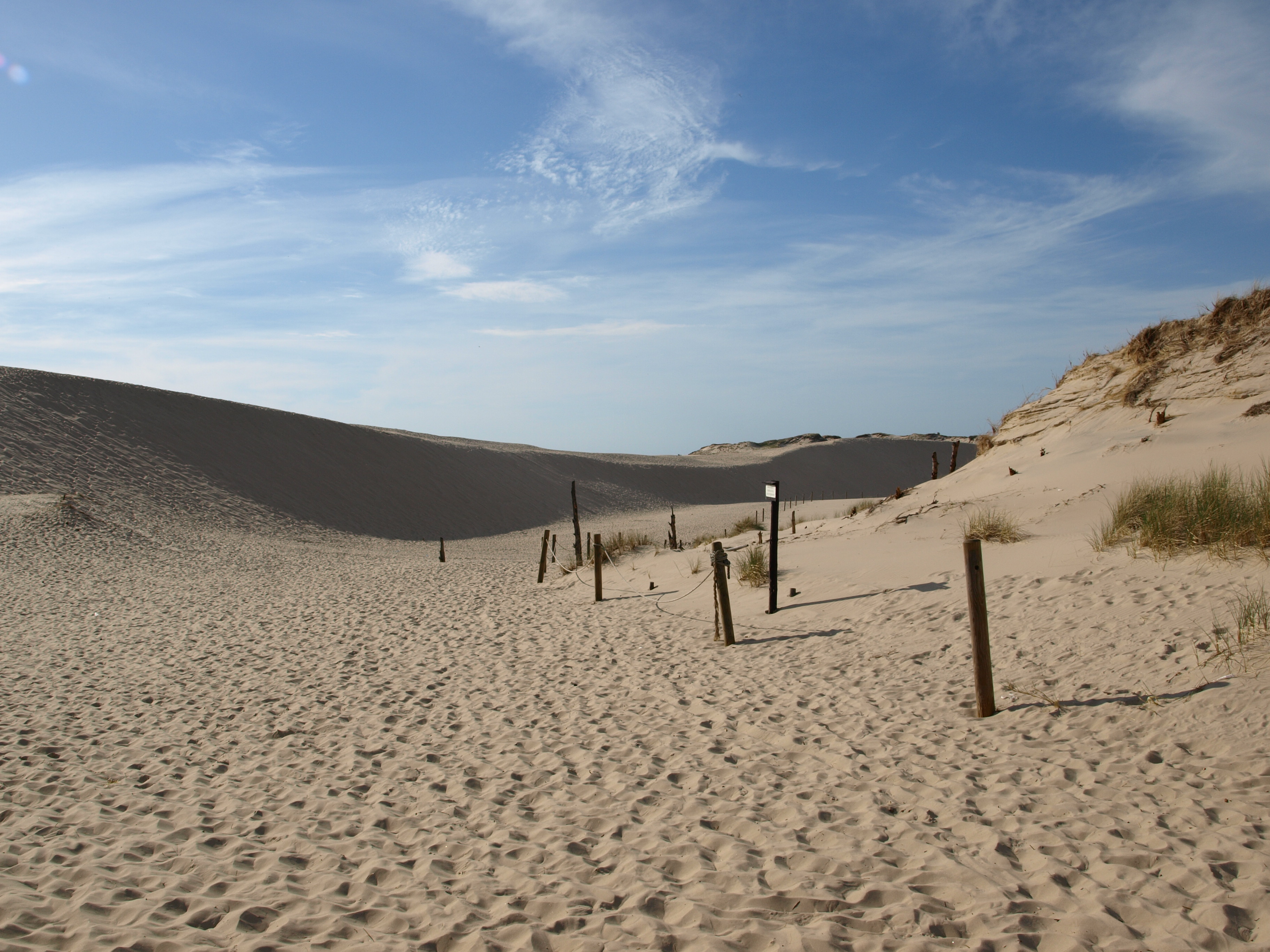 The 5.5-kilometre trail “Światło Latarni” [“Lantern’s Light”] is of a nature-cultural character. The route starts at the car park in Czołpino and covers the top of the highest wooded dune in the Park, as well as a local lighthouse. During the hike, you will get to know local coniferous forests – a Baltic dune Scots pine wood,  cross-leaved heath coniferous woodland and lichen Scots pine forest – and you will learn to distinguish three kinds of pines that can be found here. We will also find out some information about psammophiles – plants growing on a sandy bed – and about a wash margin, that is plants washed up by the sea onto the shore. On the concluding stage of the trail, you will get some information about animals living in the forest, and you will also reach the territory of the former military unit in Czołpino, where an aviary with a sea eagle awaits.

The “Rowokół” trail, with a length of 5 kilometres, begins by the plaza in front of the Słowiński Park Narodowy administration building. Following the trail you will walk through the “juniper ravine” at the top of the Rowokół mountain, which is enfolded with many old-Slavic legends. Along the way, you will feel with all senses what a forest environment is, as well as find out in front of our own eyes what the difference is between a riparian forest and an alder forest. After reaching the top, you can enter the viewing tower and satiate your eyes with beautiful views. 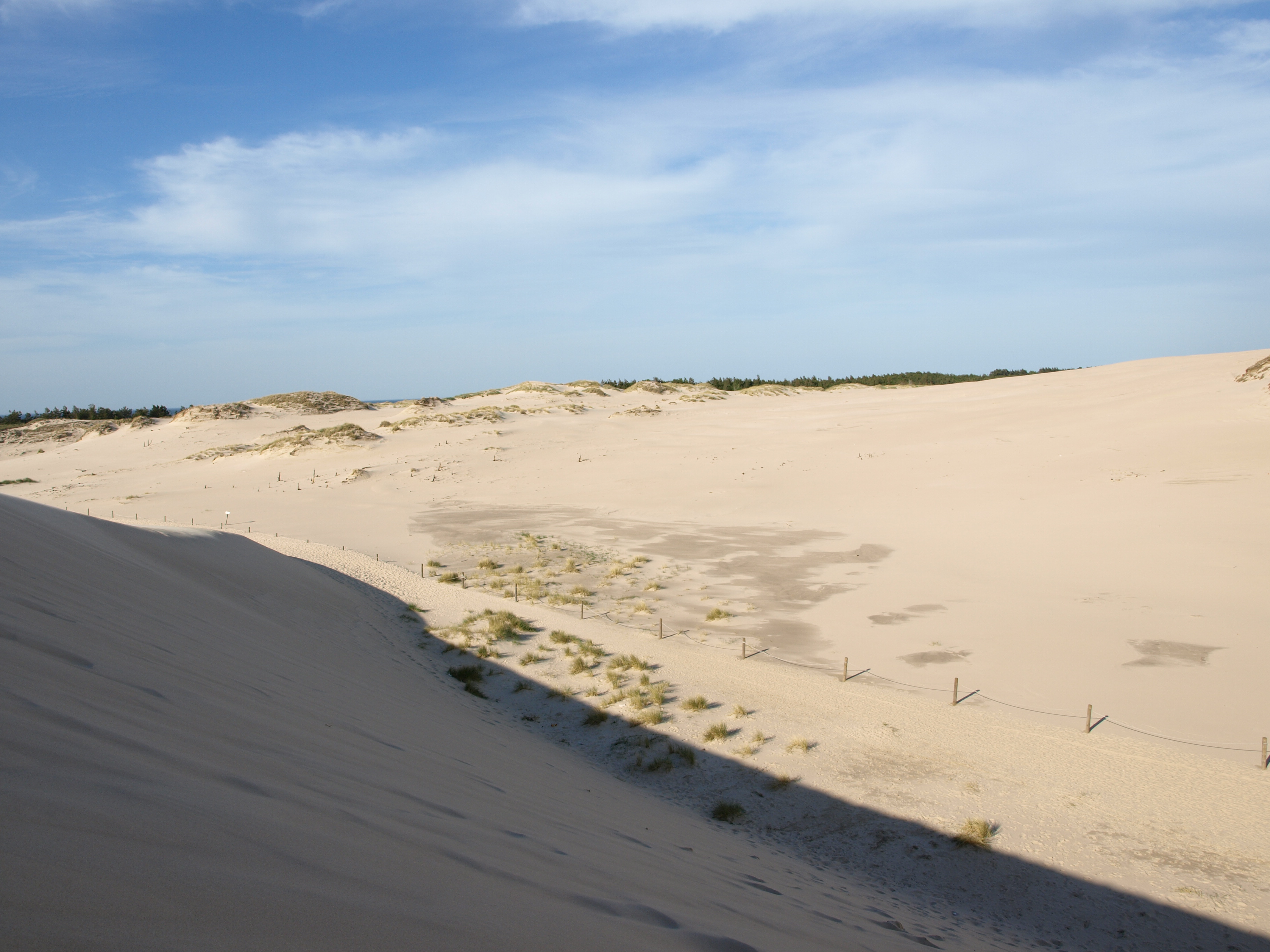 Of a similar length, but with a slightly longer estimated hike time (3-4 hours), is the “Gardnieńskie Lęgi” trail. This route starts in the village of Gardna Wielka, by the south-eastern edge of lake Gardno. The trail is of an ornithological-ecological character, as it allows observation of habitats of rare species of water and marsh birds. Species including the ruff, sandpiper and tern have their feeding grounds and nesting places here.

The trail called “Klucki Las” is in an area of total and active protection, the Kluki Protection District, and is characterised by a quite demanding route that covers wetlands. Its start is located near a forester’s lodge in Kluki. You will cover a 5-kilometre distance in 2.5 hours, and along the way will gain new knowledge about ecological processes happening on peat bogs with dwindling forest cover. You will also see thick reeds by lake Łebsko and characteristic forest congeries in the “Klukowe Buki” reserve. You can also find the cloud-berry – a plant from the rose family – which is extremely rare in Poland. 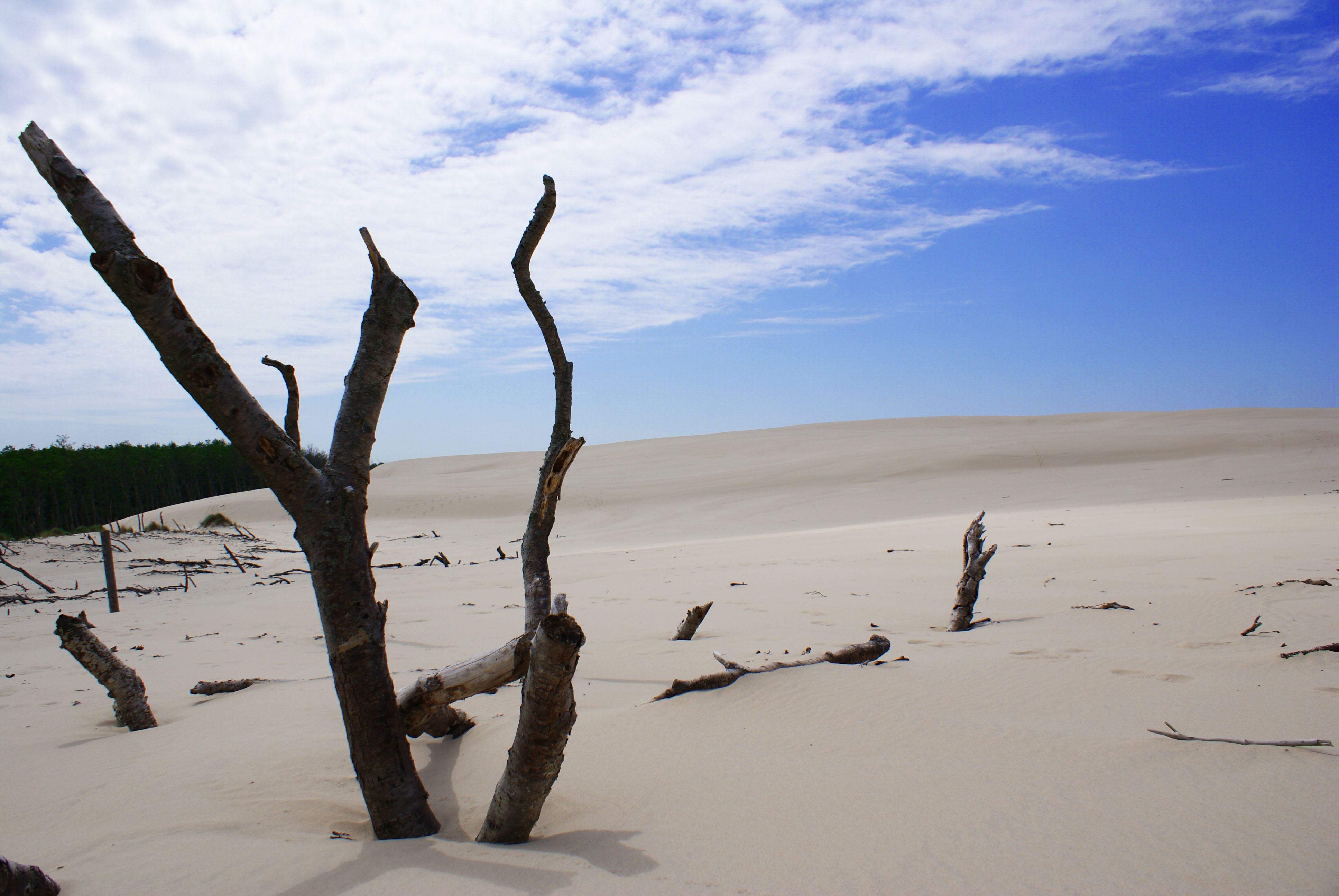 For a longer trip, there is the 13-kilometre long “Rąbka” trail. This route, which combines special nature features with some relics of the gloomy history of the 20th century, leads through areas located in the Rąbka Protection District. The start is located by the historic exhibition of German rocket launchers from World War Two. From there, the route of the trail runs west to Wydma Łącka [Łącka Dune], then it turns north – to the beach, showing us various facets of these areas, both the habitats of animals living here and specimens of plants and trees characteristic of dunes. From information boards you will also learn what dune movements look like and what their consequences are for local nature.

The unusually interesting “Żarnowska” nature trail begins by the bridge over the Łeba river, near the Kashubian Żarnowska settlement, which developed at the end of 18th century. This 10-kilometre trail has a shape of a loop, and leads primarily through beech forests, though also momentarily through slimy terrain. Due to the length and prevailing conditions, it is described as a rather demanding trail. On the trail you will find 10 stops with protected plant species (among others a royal fern), areas of total protection and an open peat cutting site.

The “Rowy” nature trail is a loop with a length of 7 km, which starts by the branch of the Natural History Museum in the village of the same name. On the trail, there are marked stops devoted to selected bird species (a corn crake, black woodpecker, common shelduck) and plants (a black alder, heather-bell, interrupted club-moss and a sand sedge). The most spectacular of the trail’s stops is an observation bridge on lake Gardno, from where you can look in silence for birds.