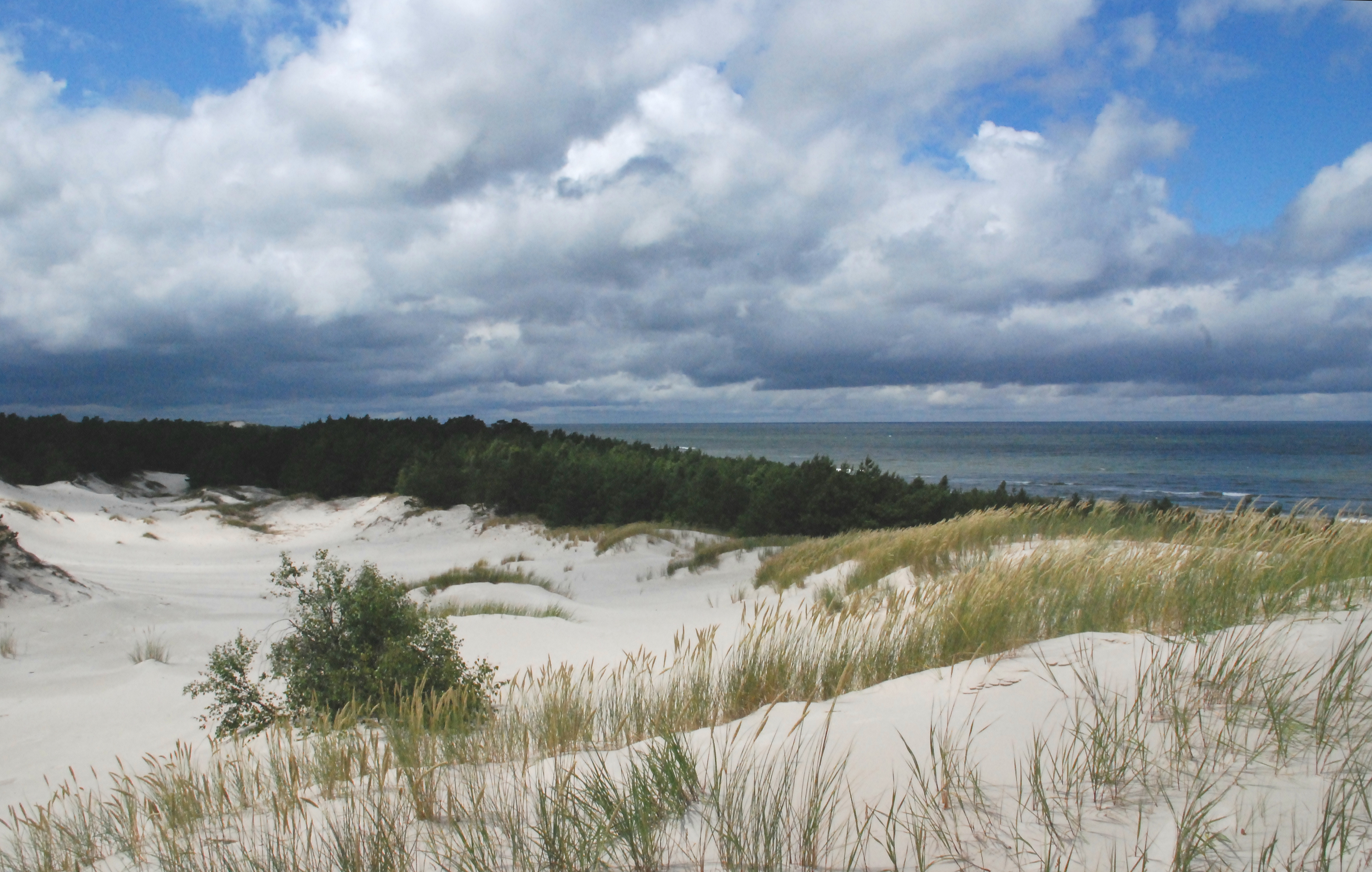 About landscape assets of the area of Półwysep Helski [Hel Peninsula] or Zatoka Pucka [Puck Bay] you do not need to convince anyone who at least once visited this place, and every year brings here thousands of tourists. Despite it seems that about our coasts we know everything, they still hide a lot of secrets and not discovered charms, which are good to be experienced during long hikes by the sea and in its area. The scenery and conditions of tourist trails of Nadmorski Park Krajobrazowy belong to the best in this part of Europe. Avoiding the most crowded tourist destinations, we can experience an unforgettable adventure.

Wejherowo, a Kashubian city by Reda river is a place where a blue “Krawędzią Kępy Puckiej” trail starts; it is 32 kilometres long. It leads on the edge of Puszcza Darżlubska [Darżlubska Wilderness], the edge of Reda proglacial stream valley and on the western coast of Zatoka Pucka. Following the edge of the bay between Osłonino settlement and Puck, the final stage of the trail, we will admire craggy cliffs. In a coastal Rzucewo village, it is worth to see a 19th century neo-Gothic palace of von Below family, which currently functions as a hotel. We will reach it by going from Osłonino on a historic four-row lime trees alley, allegedly planted by the king Jan III Sobieski.

In Puck, there starts another, black “Groty Mechowskie” [“Mechowskie Grottos”] trail, with a length of almost 30 kilometres, that offers interesting, not commonly known attractions. The most important and incorporated into the route’s name nature assets, are here glacial puddingstone caves. We will find them in an unusual, Kashubian Mechowo village, of which the history goes back to the 13th century. In the same village, we can be enchanted by pretty wattle and daub buildings, including timber-framed church from 18th century. In Puszcza Darżlubska, on inanimate nature enthusiasts await famous glacial erratics – Diabelski Kamień and Boża Stopka [literally: Devil’s Rock and God’s Foot]. The trail ends in Krokowa village, in which it is worth to see the Krokowski’s family palace with a vast park and 19th century church.

In Krokowa its start has in turn a blue “Nadmorski-Rozewski” trail that is 28 kilometres long. On our route, we will get to know characteristic for the Park landscapes, among others, majestic cliffs, moraine highlands or erosion valleys. Along the way, we will visit three nature reserves. Bielawa peat bog reserve in the area of Ostrowo, protects the characteristic vegetation that constitutes a refugium for water and marsh birds; in the Przylądek Rozewski [Rozewie Cape] reserve, we can find valuable in terms of ecology remains of pomorskie beechmast, whereas in Dolina Chłapowska [Chłapowska Valley], under protection is a gully with sites of rare flora species. The trail covers Rozewie cape, the northernmost point of Poland with a historic lighthouse, as well as Jastrzębia Góra, a popular holiday destination, in which we will find a villa once belonging to marshal Piłsudski.

A continuation of Rozewie trail is also marked blue, a 26-kilometre “Nadmorski-Rybacki” trail, marked out on Półwysep Helski all the way to Jurata. We will hike mainly across the dunes with pine coniferous forests. Despite that the passed along the way villages are from many years popular tourist destinations, they still have the atmosphere of fishing settlements. There are there also many elements signifying of the belonging of this area to Kashubian culture domain. In Jastarnia, it is worth to visit a church with a pulpit in the shape of a fishing boat, and in the summer also Muzeum Rybackie [Fishing Museum].

On the western edge of the Park, there is a short part of a red trail, that starts in Żarnowiec village and runs for 32 kilometres to Łeba and Słowiński Park Narodowy [Słowiński National Park]. The route is a part of a trans-European tourist trail that stretches between Braniewo village in the Warmińsko-Mazurskie Voivodeship and a French port Brest. A section between Dębki and Białogóra runs within the administration borders of Nadmorski Park Krajobrazowy – in its area, we will find Piaśnicke Łąki, Białogóra and Babnica reserves, that protect characteristic of this area vegetation zones: coastal Baltic dune Scots pine woods, raised bogs in in-between-dunes hollows, birch-oak forests, as well as dune vegetation.

On Kępa Żarnowiecka, partly in a buffer zone of the Park, there is marked out a 37-kilometre long green trail, that leads through the western edge of the earlier mentioned Puszcza Darżlubska with two characteristic glacial erratics, Diabelski Kamień and Boża Stopka. On the route it is worth to turn one’s attention to “Zielone” nature reserve, in which there occurs rarely seen in Poland honeysuckle – a spectacularly blooming vines with intensively smelling flowers.

An interesting proposition for geography and winged nature enthusiasts will be a yellow “Swarzewski” trail, lead from Władysławowo through Swarzewo settlement to Puck. We will hike on the western shore of Zatoka Pucka, which will allow us to observe two different types of sea coasts – cliffs on the south and coastal lagoon one on a passage between Swarzewo and Władysławowo.

By Płutnica river mouth, in an overlook known as Kaczy Winkiel, every year you can observe numerously  gathering here during their passings water birds and water and marsh birds. In this area, there is situated an underwater archaeological site where there have been discovered the remains of former port growth with wrecks of a few boats from the times of old Slavs’ culture.