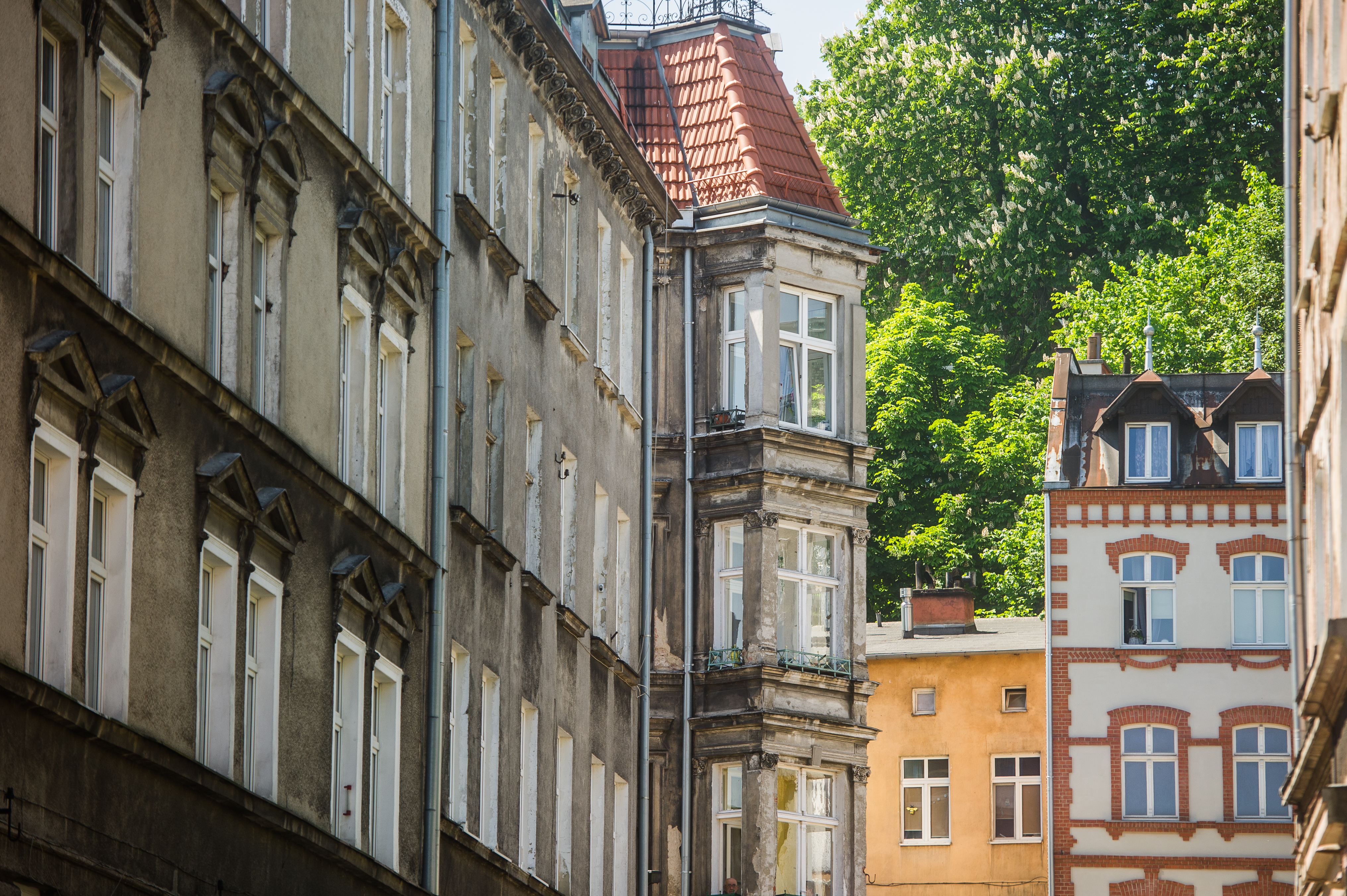 Bishop’s Hill is an unusual place because of its authentic buildings from the 19th and 20th centuries fot. Mateusz Ochocki

One of the oldest districts of Gdansk. Located near Gdansk Main Town, with an amazing view of the city. Each tenement house writes its history here, and everyone who visits this unobvious and yet undiscovered area will be enchanted by its secret and hidden beauty. Bishop’s Hill. Gdansk district, which history is almost as long as the history of the stronghold on the Motlawa River.

We are shown around Bishop’s Hill by Ryszard Kopittke, a guide in the Tri-City, author of the master’s thesis “Architecture and urban planning of Bishop’s Hill” and an educational path through the fortifications of Bishop’s Hill.

Pomorskie.travel: The Bishop’s Hill – Gdansk district located extremely close to the city centre and the main tourist attractions of the city, but for years forgotten and treated with no care. Fortunately, this is changing. Why is it worth visiting the Bishop’s Hill today?

Ryszard Kopittke: The Bishop’s Hill is an unusual place because of its authentic buildings from the 19th and 20th centuries. If someone is looking for authentic Gdansk, this is the place for him. It is a cosy district located in the centre, but completely cut off from it by the main road and therefore forgotten. The three streets that make it up – Biskupia Street, Na Stoku Street and Salwator Street are characterized by narrow staircases, facades of tenement houses in historicizing styles and still decorating the road with the cobble stones. Looking carefully around, we can find a pre-war door bell, remains of gas lamps or old signboards. Old inscriptions on tenement houses remind us of the pre-war times, when most of the inhabitants spoke German. There is a lot of greenery here, and explorers can discover the remains of modern city fortifications. 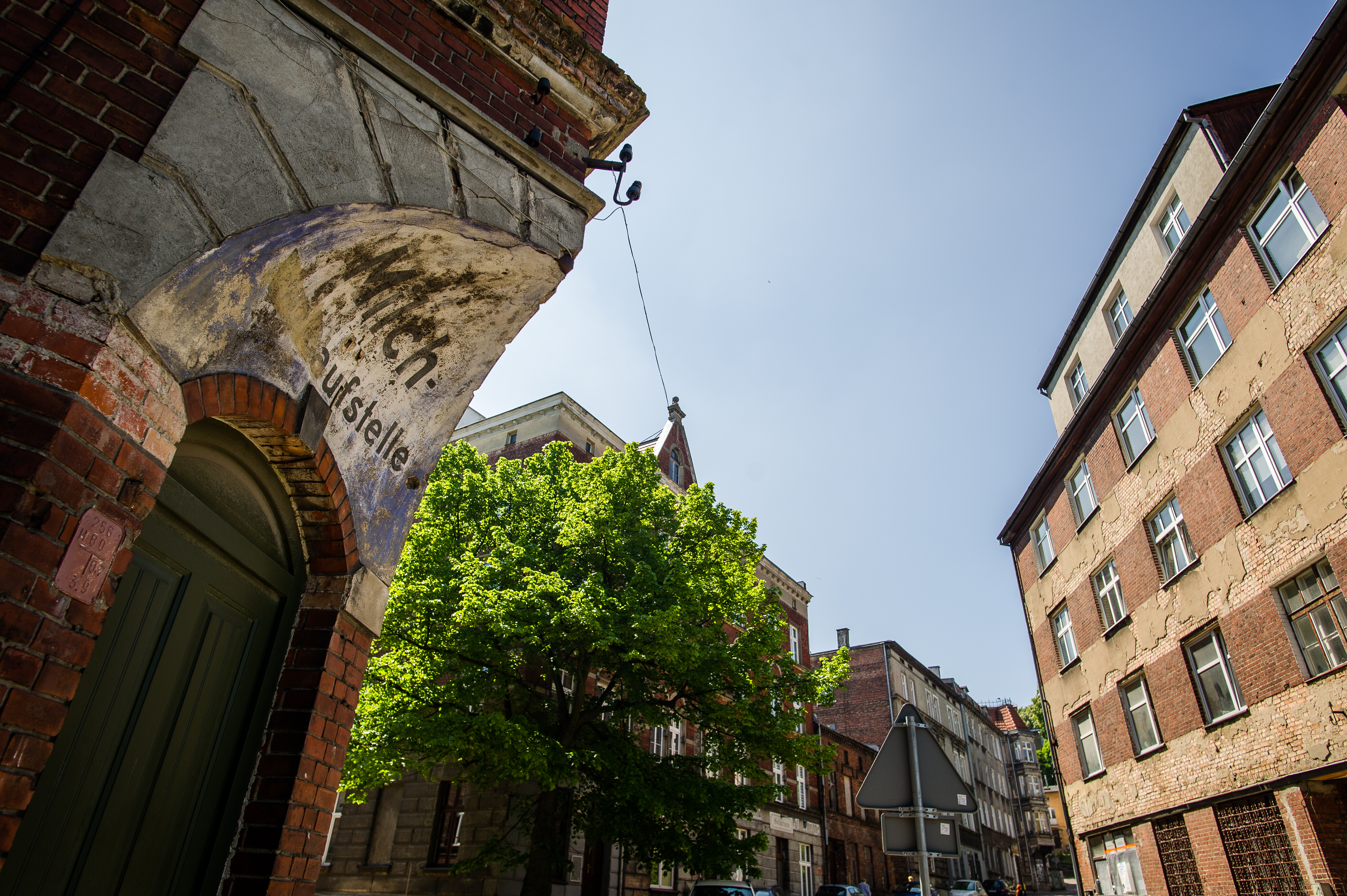 Old inscriptions on townhouses remind us of the pre-war times, when most of the inhabitants spoke German, fot. Mateusz Ochocki

Pomorskie.travel: The Bishop’s Hill already existed in the Middle Ages. This is one of the oldest parts of Gdansk …

Ryszard Kopittke: The history of this district is almost as long as Gdansk itself. Some historians do not exclude the existence of settlement and watchtowers in this place between the 9th and 11th century. However, the history of the district begins in the late Middle Ages. The Pomorskie prince Świetopelk II the Great granted the bishops meadows close to Gdansk. A court was to be built here, where clergymen resided during their visits to the city. The Bishop’s Hill was also an ideal place to shoot at the city. On September 1, 1433, the hill was occupied by the Czech Hussites supporting King Jagiello in weakening the Teutonic Knights. Graf von Eisenberg also tried unsuccessfully to use the hill in 1520, during the Teutonic-Polish war. In 1577 the city was attacked Stefan Batory. The Polish king did not want to confirm the privileges of the city, from which Gdansk benefited enormously. 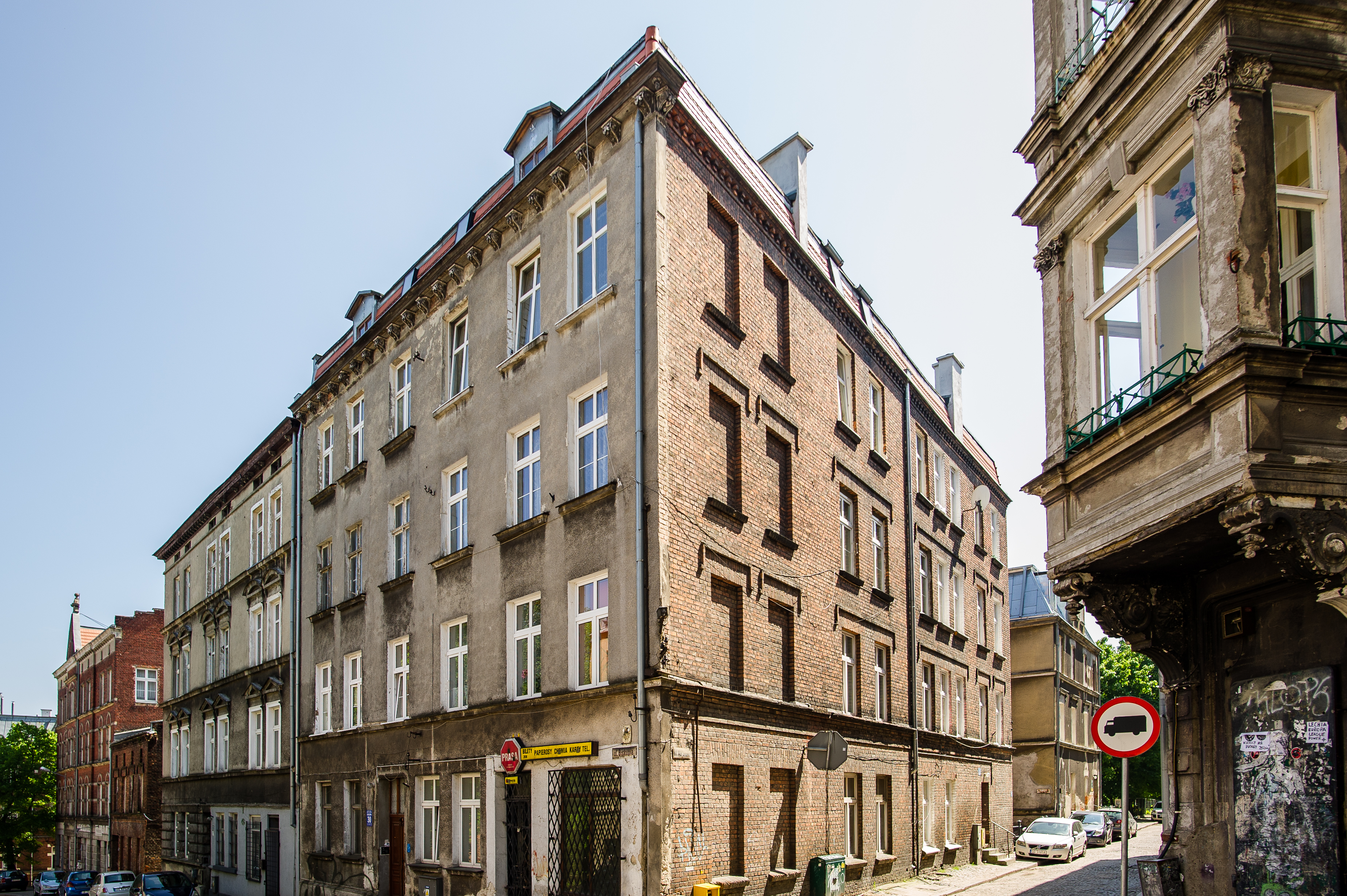 Townhouses  looked much more impressive before the war. After the war, stonework elements were removed from the facades, fot. Mateusz Ochocki

Pomorskie.travel: The most interesting monuments that have been preserved so far on the Bishop’s Hill include, among others, the hostel tower, the Mennonite church and fortifications ..

Ryszard Kopittke: It is worth emphasizing the diverse buildings of the district. These include fortifications, earth embankments built in the 17th century and subsequent centuries, residential houses, allotments established in the interwar period, and buildings inscribed on the list of monuments: the former Mennonite church or barracks redoubt. The Mennonite church was built in 1818-1819. It is the only church in the city built in Classicist style. The whole building is supported by four larch columns placed inside. If the walls were dismantled, the roof structure would still remain. Newcomers from the Netherlands escaped from religious persecution, settled in the areas of Low Land.

One of the most important points is the building of the former youth hostel opened on July 26, 1940. The largest object of this type in the entire Reich was not accidentally placed here. Its construction began when Gdansk was still a Free City, ruled by the Nazi party NSDAP. The whole complex was to show who actually exercises power in the city. The newspapers propaganda wrote that one and a half million bricks were used to build the building and if they would be put one next to another, they would connect Gdansk with the Reich. The body of the building uses the figure of the god of the seas and other elements known from streets in Gdansk. Neptune looks at us from the corner, and the heads of sea monsters are placed around the observation deck.

Pomorskie.travel: In turn, tenement houses on the Bishop’s Hill are a separate story. Which, in your opinion, are the most beautiful and what stories are connect with them.

Ryszard Kopittke: Tenements looked much more impressive before the war. After the war, stonework elements were removed from the facades. In the 70s, there was a balcony and a fatal accident on Na Stoku Street. After this event, residential buildings were stripped even more. A few years later, one of the tenement towers on the Radunia Canal burned down. It was decided then to destroy its twin tower. Bridges over the canal were also dismantled. You can tell a lot about tenements. The youngest is from Biskupia 4 Street. Various designs from the late 1920s have been preserved in the State Archives. Biskupia 13 Street is the former house of the alderman or clerk who looked after the fortifications. Biskupia 24 Street is the former cloakroom of the sports club. Thirty-four belonged to the Mennonite community. Other peaks were designed here. Recently, the Municipal Real Estate in Gdansk planned to demolish the building at Biskupia 35 Street. Here, from the post-war period until 2010, the hairdresser Adolf Skokowski operated. The building has one of the oldest murals in Gdansk, made by Tomasz Bielak. 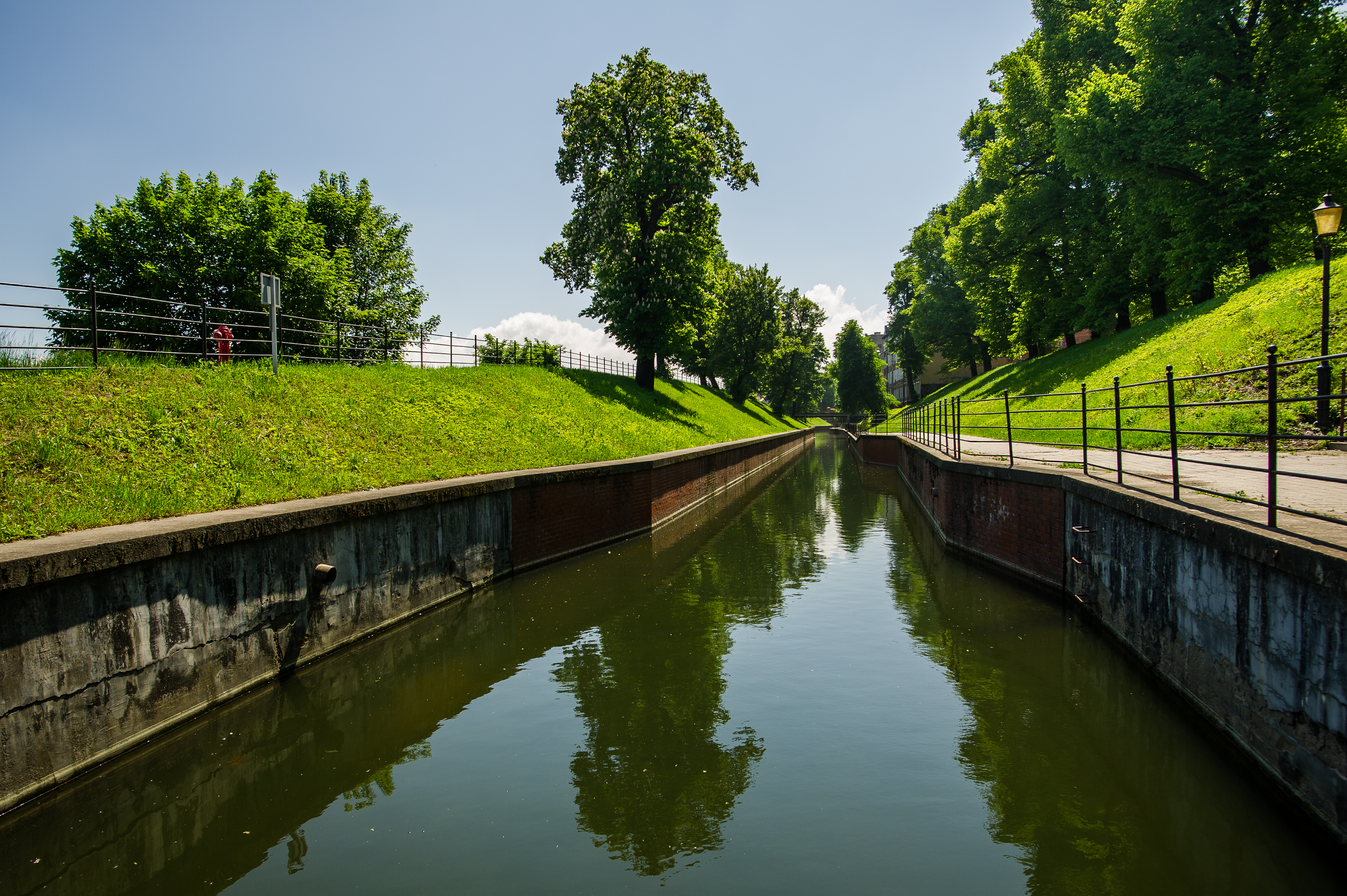 Pomorskie.travel: A walk around the Bishop’s Hill is an interesting idea for unobvious visits. What sightseeing route would you suggest to tourists?

Ryszard Kopittke: I recommend tourists to visit the Bishop’s Hill with a local guide. Everyone tells different stories here, about tenements, old inscriptions. You can explore the district along with the film route. Over the years, a dozen or so titles were filmed here, including “Goodbye, see you tomorrow”, “Jack of Spades”, “Prince”, “Soon the brothers will come.” I have mentioned fortifications many times. From November, bastions can be followed by a new educational path, which was created thanks to winning the Citizens’ Budget. The first of five boards was placed at Pohulanka Street.

SEE THE GALLERY ON THE BLOCKS OF FLATS

The White Tower in Gdańsk

The Department of Past Art of the Gdańsk National Museum