17,000 people used to be employed here only 35 years ago. The production line was on from dawn to dusk, 24/7, and the products were among the world’s best. The Gdańsk Shipyard. A gigantic workplace, a symbol of the past era’s Polish working class. After years of transformation, not too fortunate for local ship building industry, and after years of slumber, the post-Shipyard areas finally received a new life. Numerous cultural initiatives begin here, and in the future a new residential area will have its place here.

However, right now, the Shipyard is a meeting place for anyone seeking alternative forms of entertainment, and anyone who don’t necessarily want to spend their time in the city centre pubs or clubs. These people choose a different address: ulica Elektryków, Electricians’ street. Here, as the name suggests, electric workshops of Gdańsk Shipyard used to be located. The street leads to the B90 hall, in which elements of tanker and collier ships used to be constructed. Today, B90 houses a concert hall with one of the best sound systems in Poland. Ulica Elektryków and B90 are one. However, in B90 events take place all year round, whereas the former functions only during summer season. The scope of events is so broad, though, that it is enough to have a time of your life. Each weekend brings new DJ-fuelled parties and outdoor concerts. Vibrant crowd, dancing happily with shipyard cranes in the background, surrounded by post-industrial area, buildings and equipment that was used to build ships is a view that is nowhere else to be found. And just this is a reason to visit Ulica Elektryków. There are also plenty other initiatives, including lazy, Sunday breakfast, or night market. 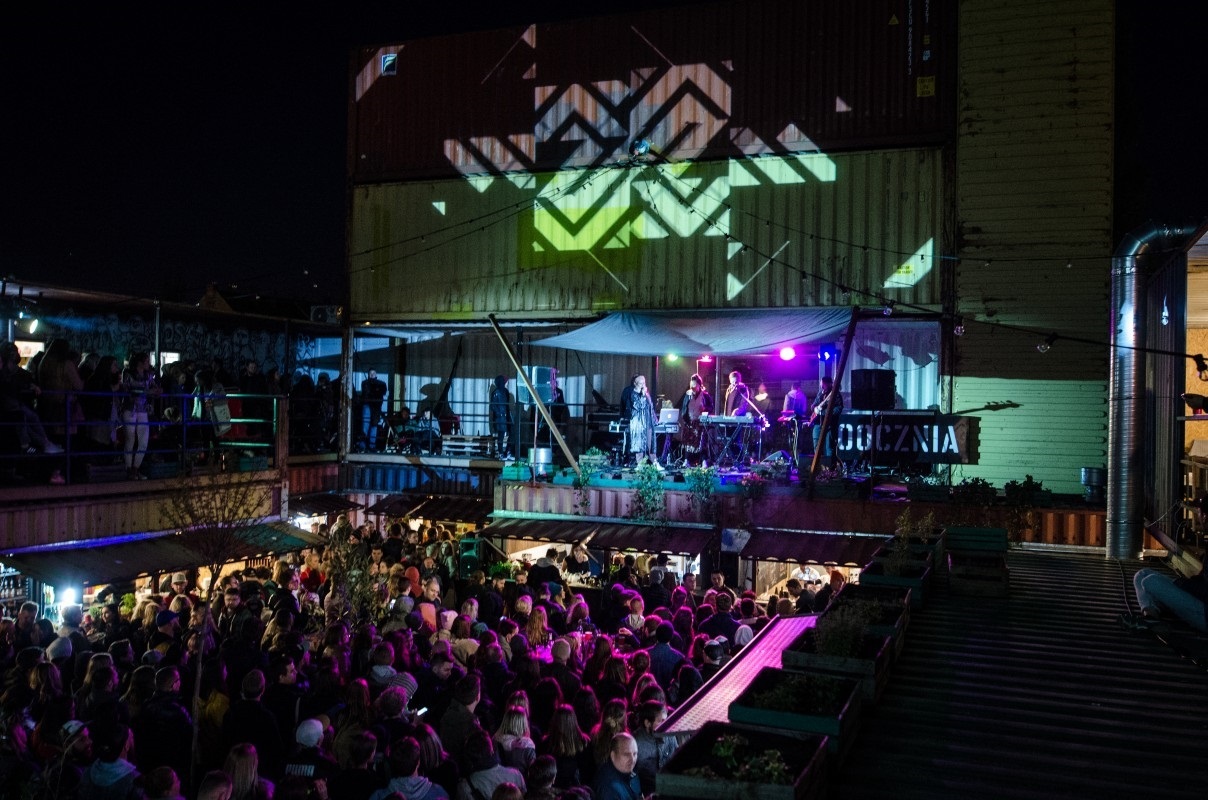 Just next door, near the famous building that used to be Lech Walesa’s workshop, another cultural and party initiative is located. 100cznia, a space created with open cargo containers. It is a place where numerous eating establishments found their place, as well as an urban beach. It is a place to relax both during the day, and at night. It is open seven days a week, and is yet another alternative for people who love to discover different, unusual locations in Gdańsk.

It is both adult- and children-friendly, as the beach is a great fun spot for kids during the day. Parents, on the other hand, can relax on one of many deck chairs available around. However, 100cznia is also about culture. One of the events that takes place here is the Cultural Diversity Day (Dzień Różnorodności), organised together with city authorities. There is also a design shop and a boutique of a young designer, Patryk Wojciechowski.

The former Gdańsk Shipyard is not the only place in Gdańsk that has recently undergone tremendous transformation. Another one is the district of Dolne Miasto, which is becoming and extension of Główne Miasto (Main Town) of Gdańsk. The district’s beautifully revitalised Łąkowa street is home to the former Royal Rifle Factory (Królewska Fabryka Karabinów) and Podwórko (Backyard). Podwórko is another alternative initiative of spending free time in Gdańsk. It is a place for everyone: during the day, families meet for lunch, and in the evening and at night, DJs entertain anyone who’s up for the Saturday (though not only) night fever. An interesting part of Podwórko’s offer is a series of film screenings, or thematic marketplace taking place each Sunday. The Gdańsk Plant Market (Gdański Targ Roślinny) has reached cult status among exhibitors from all across Poland. As in case of post-shipyard area, the goal at Dolne Miasto is to give post-industrial area a new look, to play with them and create open-air meeting spaces for citizens, as well as tourists.

Owners of 100cznia, Ulica Elektryków, and Podwórko all agree that they have all been enchanted by these places. They managed to create casual and original spaces, which have imprinted themselves onto the cultural map of the city.