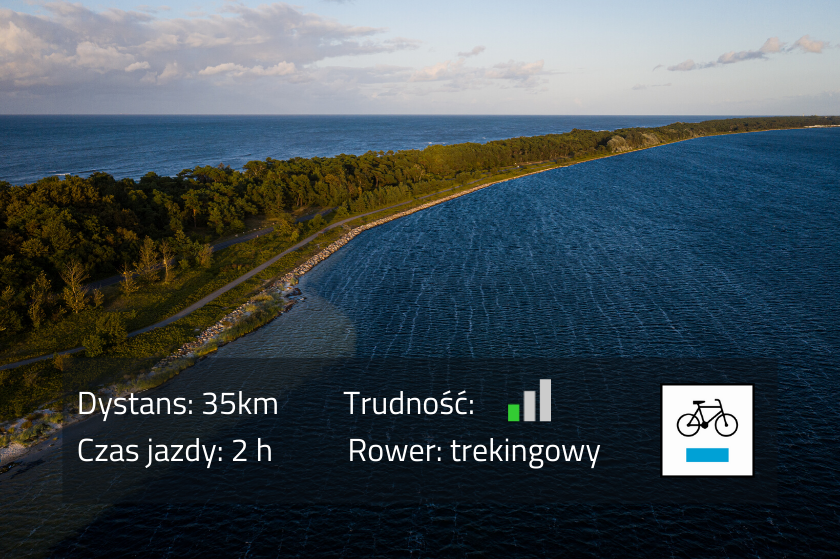 The Hel Peninsula is one of the most popular summer vacation destinations in Poland, and the bicycle trail on it is one of the most charming on the Polish coast. The route from Hel to Wladyslawowo was one of the first in Poland, in which bicycle traffic was separated from the car traffic. The forest road, which for many years aroused the admiration of everyone who passed by and admired the sunsets, has been revitalized and modernized. So let’s check what the bike route through the Hel Peninsula looks like now!

You can get to the starting point, at the port in Hel, in an extremely attractive way, for example by catamaran. The coastal ships operating from May, from the Tri-City, will take a two-hour cruise across the Bay of Gdansk. Thanks to this additional attraction, we will have the opportunity to admire the amazing nature from a completely different perspective, and resting on the board of the “white fleet” will certainly give us strength while cycling kilometres through the Peninsula. 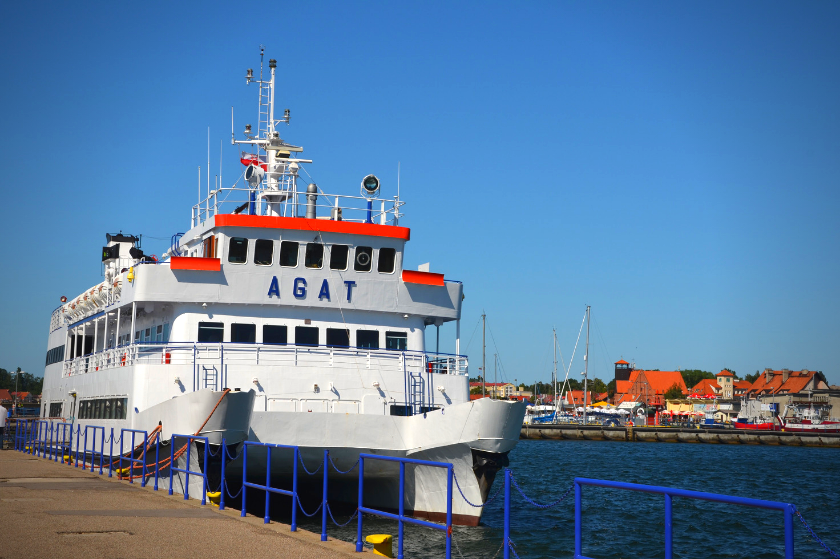 The 35-kilometer route is full of numerous cultural attractions, as well as amazing natural values that can be admired along the way. The whole of the proposed trip leads through the Coastal Landscape Park, where all the types of coasts, typical of the southern Baltic are particularly valuable elements of the landscape. Over 40% of the Park’s area is covered with forests, mostly pine. The park’s avifauna is also exceptionally rich, the Hel Peninsula is a place of intense bird migration during spring and summer time. This time is the best for nature cycling.

Go with us on a bike trip around Kashuby

The Hel Peninsula is a place intensely crowded with tourists during the holiday season, so if you want to travel along the Puck Bay in peace and quiet, it is worth planning your trip before or after the summer season. At that time, Hel Scythe, as the Peninsula is popularly called, is equally charming, and the smaller number of sunbathers and water sports enthusiasts only helps to fully enjoy the charms of this place. 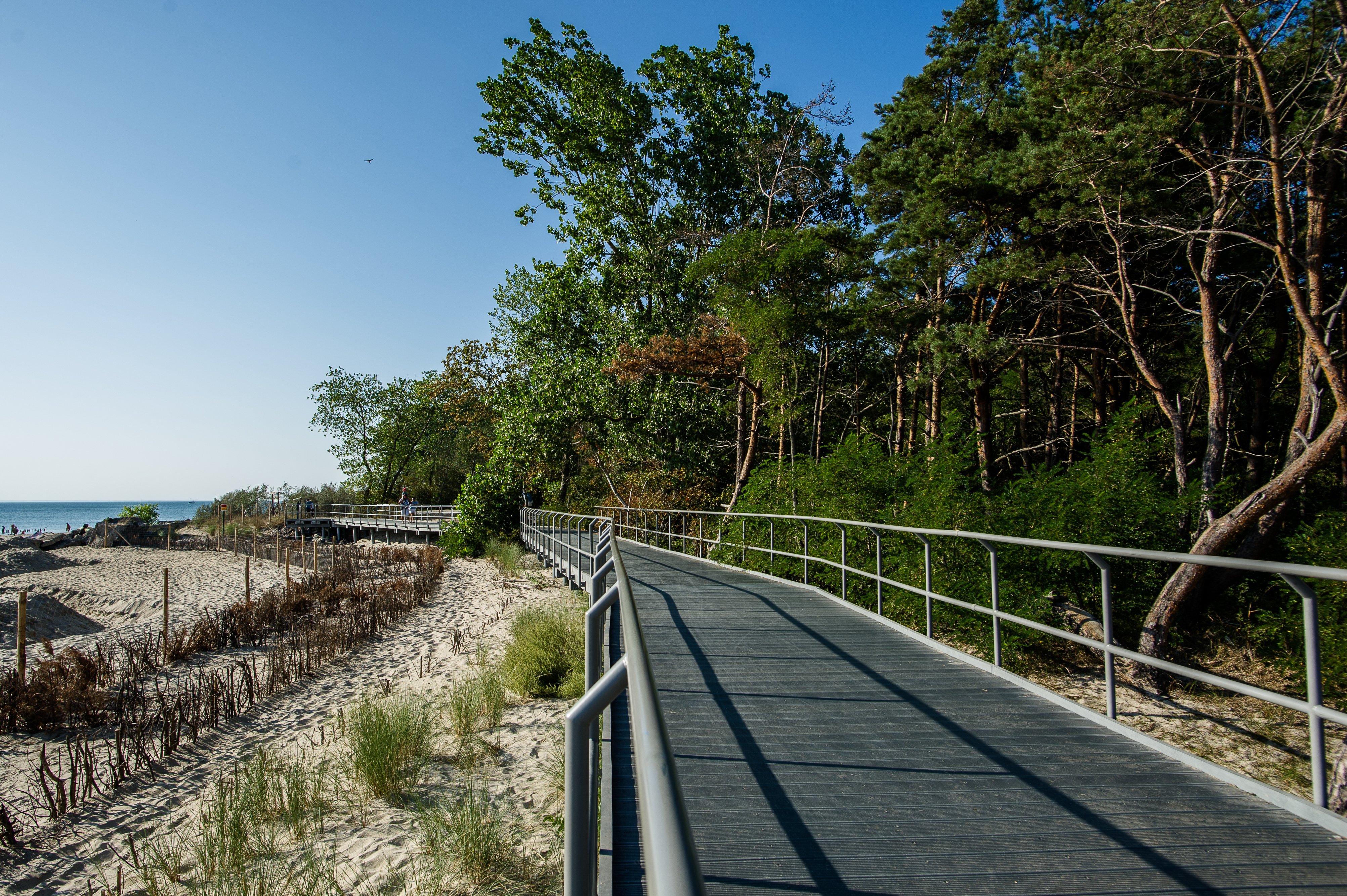 Starting a bicycle trip at the “beginning of Poland”, that is the place far end to the north of our country, we will get to know the extremely charming Hel, which history and tradition is inextricably linked with the sea and fishing. It is worth taking a walk down Wiejska Street to see the historic fishing buildings, which now house numerous restaurants and cafes, visit the port where boats with fresh fish still arrive, and visit the Fisheries Museum located nearby, in the church. The seal feeding show in the local seal sanctuary will be a real attraction for the youngest tourists, who, after getting acquainted with the world of animals, will be able to “climb” to the nearby lighthouse. It is still, to this day marking the way to the ports of Gdansk and Gdynia. One of the newer attractions of Hel is the footbridge over the dunes, thanks to which you can admire the dune vegetation and the connecting waters of the Bay and the Baltic Sea, without destroying the valuable nature. 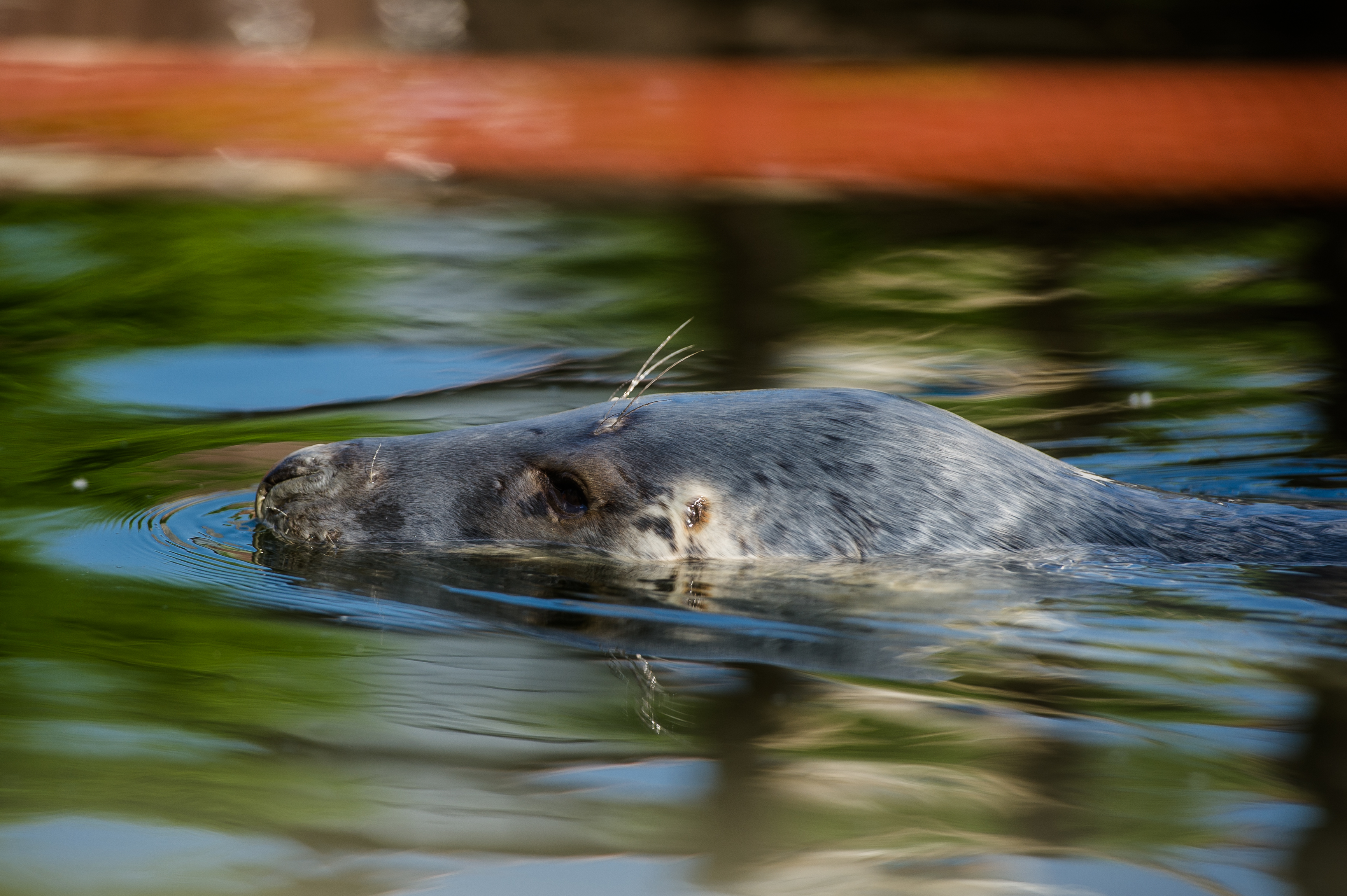 The Hel Peninsula is not only a characteristic landscape, it is also an important place in the history of Poland. It was here, in September 1939, that the fight to defend the Fortified Region Hel against the advancing German troops took place. The Hel crew was the last post in the Republic of Poland, which, seeing no possibility of support, capitulated on October 2, 1939. Nowadays, cycling and walking routes have been marked out on Hel Peninsula, which are elements of the Hel Fortification Trail and lead to the remains of military facilities from those times. It is worth visiting the Laskowski gun station and the Museum of Coastal Defence, which is located at the exit from the town towards Jurata.

Another attraction on the route is Jurata, a well-known and popular seaside resort that is especially liked by representatives of the art world. While walking between the pier and the entrance to the beach at the famous Bryza Hotel, you can often meet Polish actors, musicians and media representatives in local restaurants and cafes. 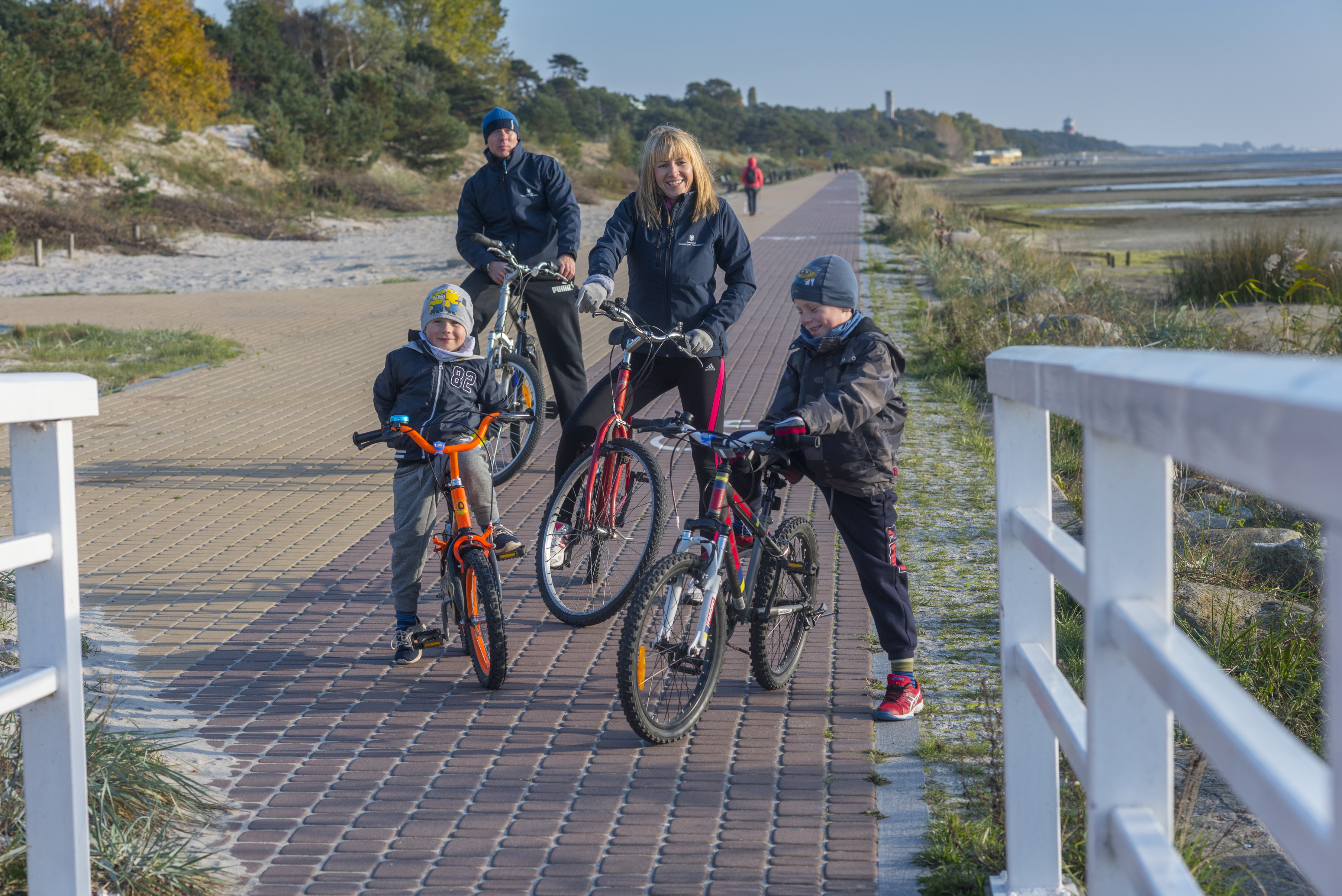 The bicycle route in Jurata along the promenade over the Puck Bay, fot. pomorskie.travel

The section between Hel and Jurata has been modernized as part of the construction of the Pomorskie Cycling Routes and we are currently operating on a route made of resin and mineral aggregate. The over-kilometre-long section along the promenade right above the waters of the Puck Bay is extremely charming.

Jastarnia is another town to which we get by cycling along the Hel Peninsula. This famous summer resort delights with its preserved fishing tradition, and a walk along the charming streets becomes an unforgettable experience for every tourist. A place worth visiting is definitely the local church with a maritime interior. 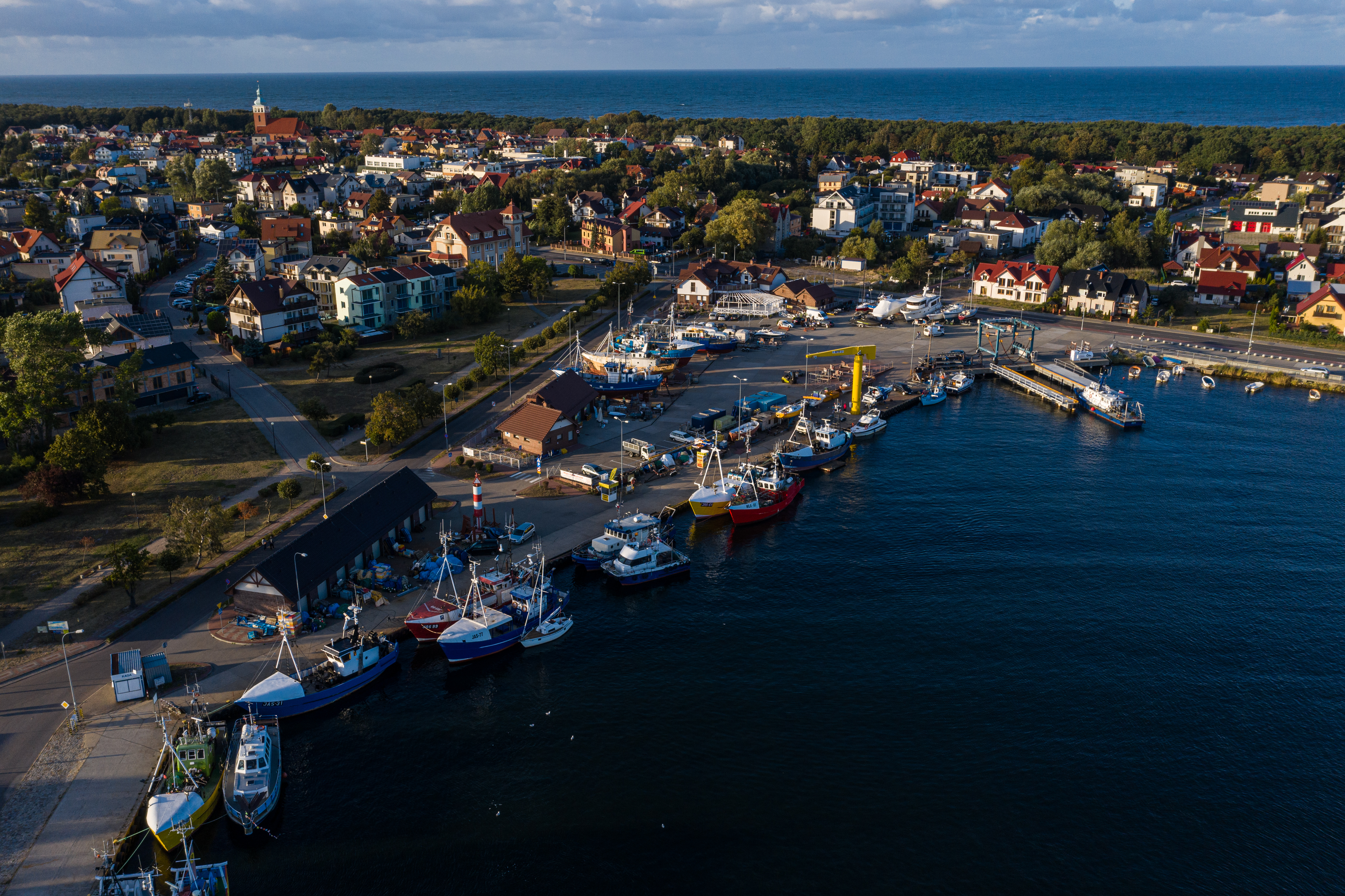 Jastarnia, another amazing town on the route, fot. pomorskie.travel, M.Ochocki

Another interesting point in Jastarnia is the pier, which overlooks the entire Puck Bay and when the weather is good, you can also see Gdynia. It is also a perfect place to admire the water and air acrobatics performed by kite surfers swimming around the pier. In Jastarnia there is also the only lighthouse in the voivodeship that is not open to the public.

We are already leaving the summer resort Jastarnia towards Wladyslawowo. Just outside the city border, there is the Jastarnia Resistance Centre, a system of bunkers that in 1939 were part of the Fortified Region Hel. It is worth stopping for a moment to see these military facilities, because a bunker on the beach is quite an unusual landscape of the Polish coast. 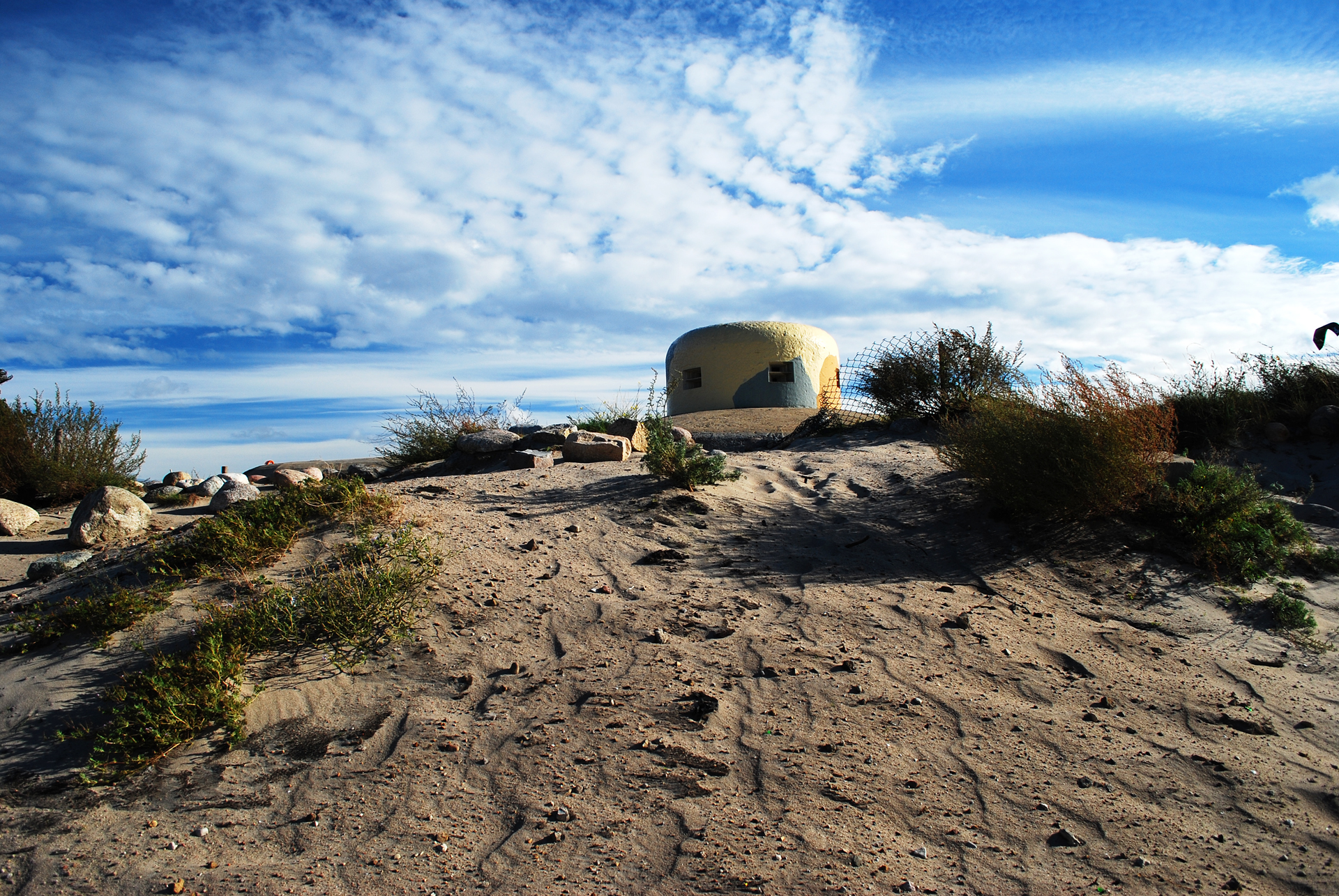 Bunker on the beach in the Jastarnia Resistance Centre, fot. pomorskie.travel

Then we pass the summer resort Kuznica and the mecca of water sports enthusiasts, Chalupy. It is here, between Kuznica and Chalupy, that the Peninsula is the narrowest, it is less than 100 m wide. This bicycle section is particularly charming as it runs right above the Bay. It is worth planning your trip so that you can admire the evening sun plunging into the waters of the Puck Bay.

The last town on our route is Wladyslawowo, a place that attracts with its wide beaches and the gulls screaming over the fishing port in the morning. It is worth visiting the Butterfly Museum, which is located in the tower of the Fisherman’s House. 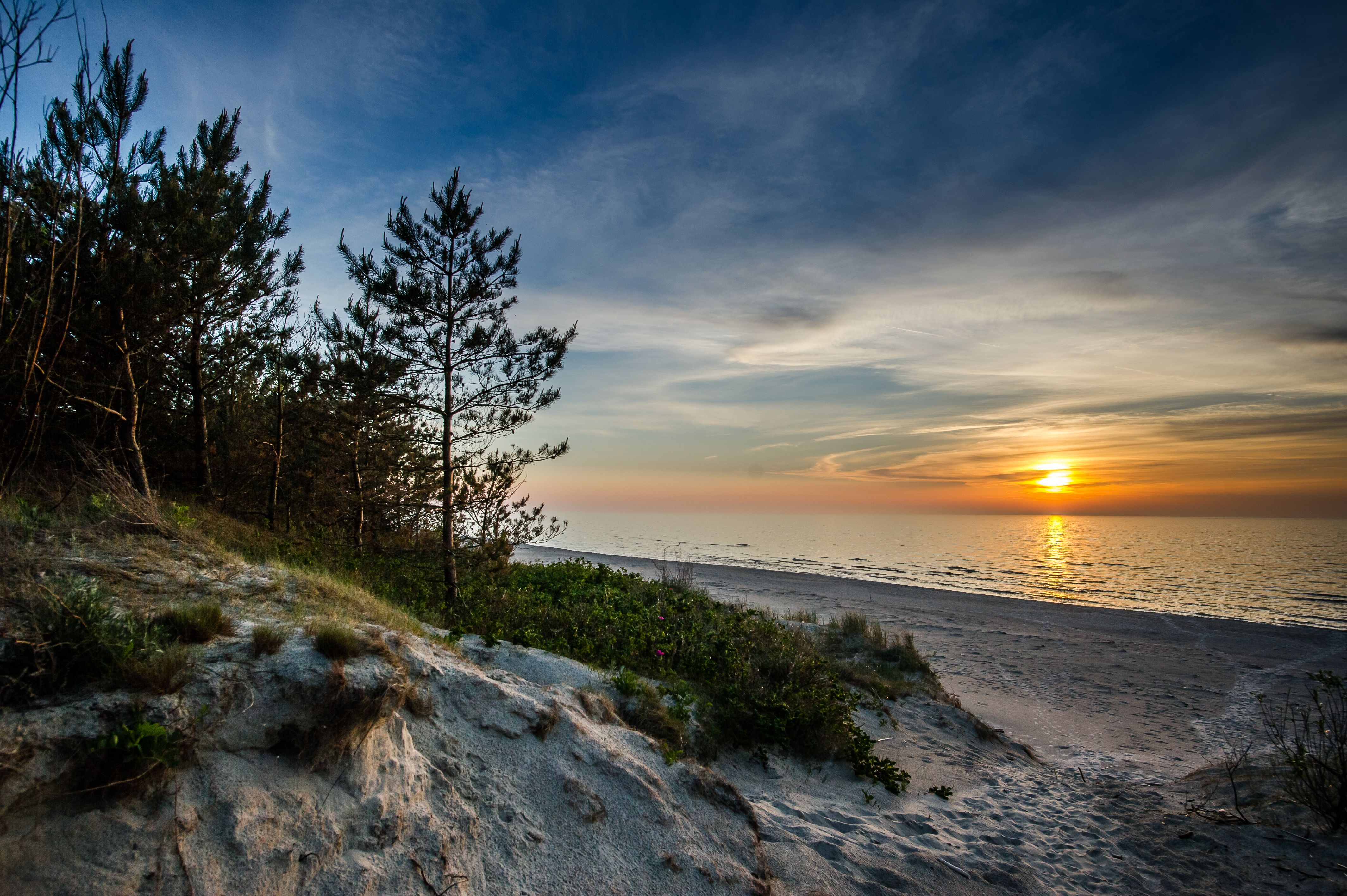 A unique sunset over the Baltic Sea, fot. pomorskie.travel, M.Ochocki

With a rich collection of over 5,000 insects and butterflies, it is not a small attraction of the town. In addition, when visiting the museum, you can see the panorama of Wladyslawowo, which is what, after all, this is where the Hel Peninsula begins. While passing through Wladyslawowo, it is also worth visiting Hallerowka, which is he summer residence of Jozef Haller.

From Wladyslawowo, we can go on a further journey on the bicycle route – Puck Bay Ring towards the Tri-City or along the EuroVelo 10 route through Jastrzebia Gora towards Karwia. For tired cyclists, we suggest changing the transport to the railway one and returning to the Tri-City by train or bus. It is worth getting information about the availability to get tickets in advance and connection time in advance. The proposed trip led along the modernized trail, which is part of the international EuroVelo 10 cycling route under construction. 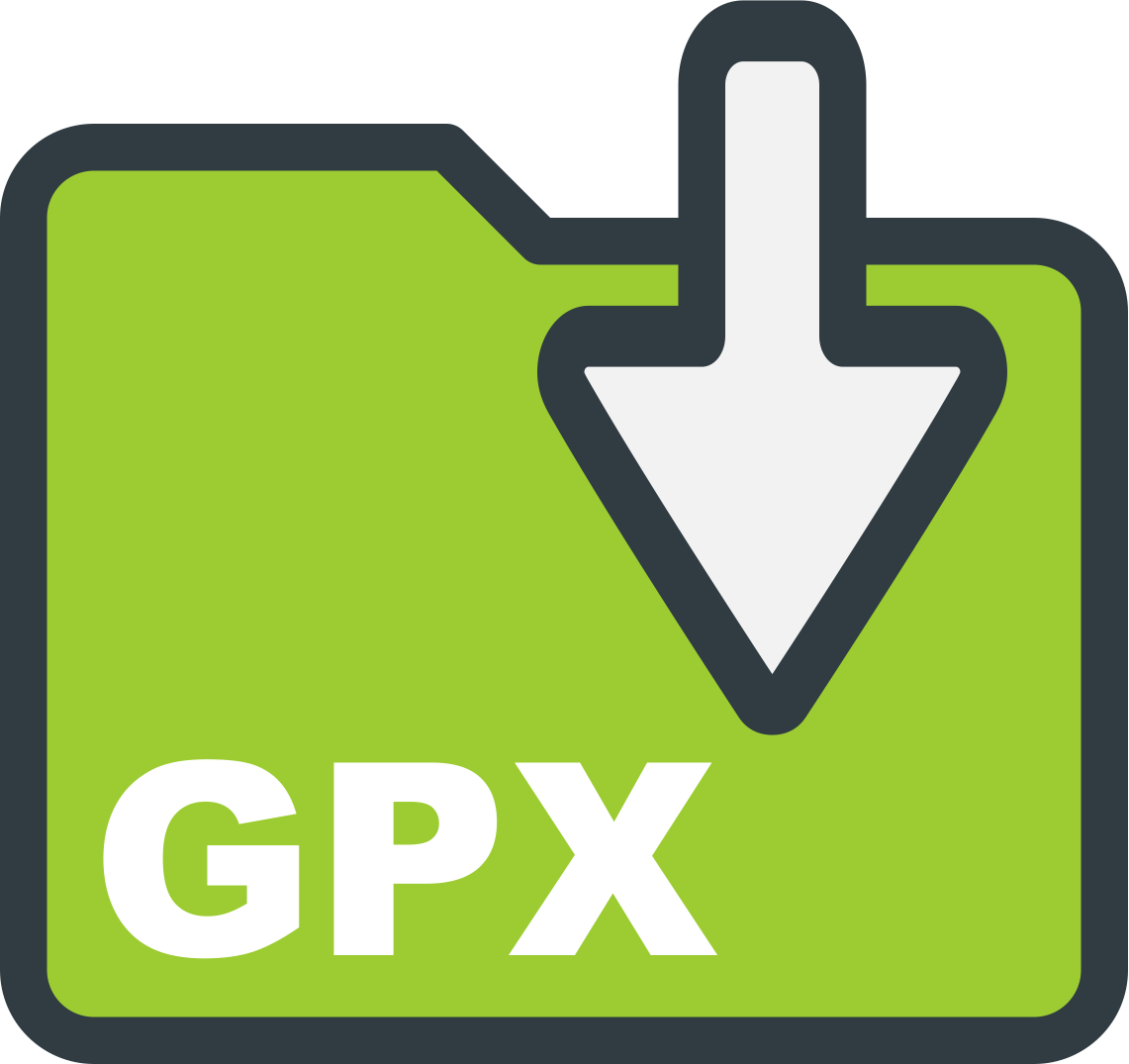