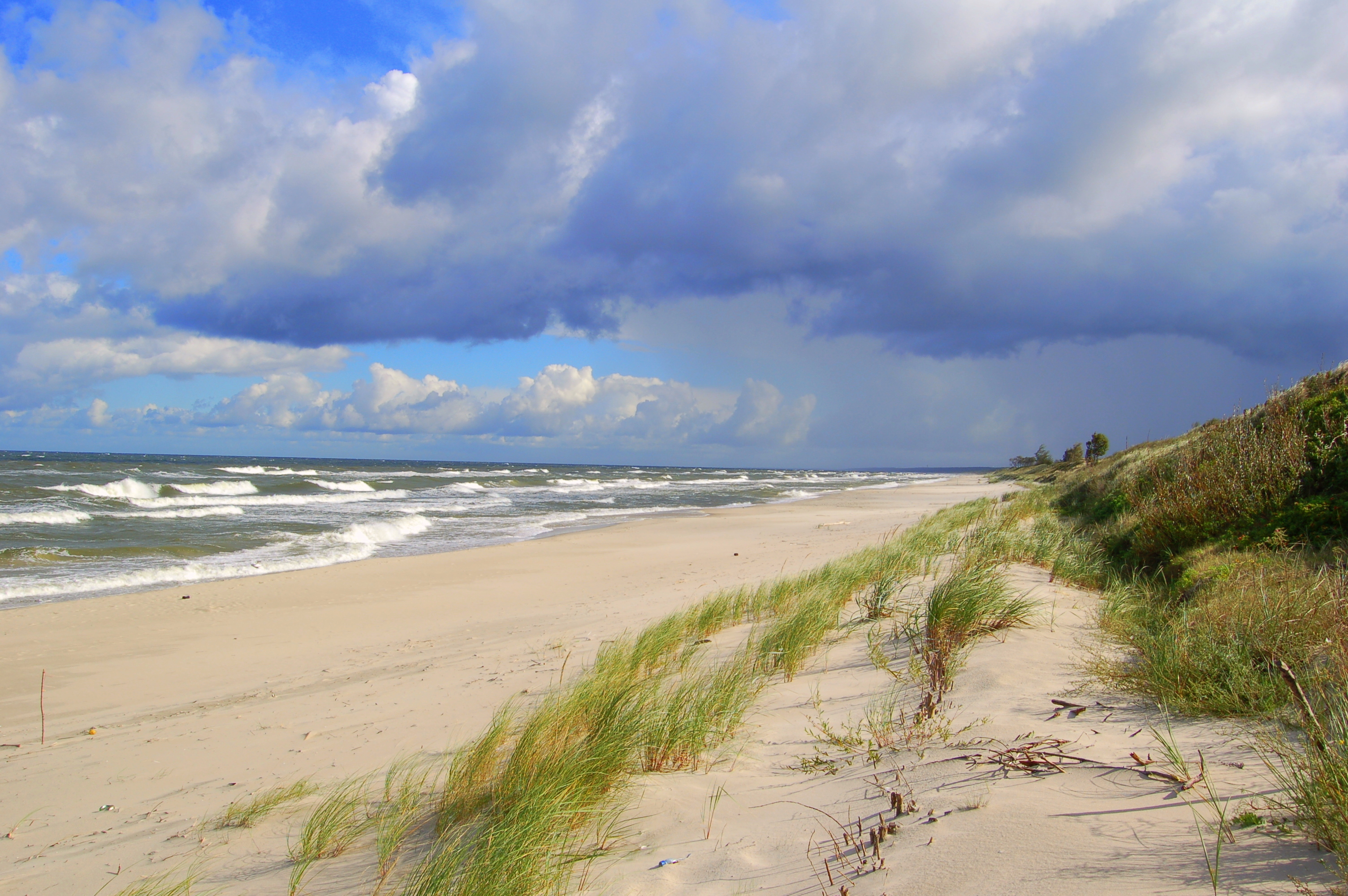 The 100-kilometre long bank (the Vistula Spit) between Gdańsk and the Półwysep Sambijski [Sambia Peninsula] in Kaliningrad Oblast is, on the one hand, an ideal holiday or recreational destination, and on the other a place with rarely seen natural assets. Flooding the spit from two sides, the waters of the Baltic Sea and Zalew Wiślany [the Vistula Lagoon] create perfect conditions for development of ecosystems that are home to more than 290 bird species (including 274 protected ones), 41 species of mammals, and almost a thousand species of plant. It is worth getting to know them, protecting them and nursing them. That is why an area of nature protection was created here.

In the area of the park you can choose from a wide range of nature trails that cover various aspects of the local natural richness. In Mikoszewo there is a trail for nature enthusiasts through a local nature reserve called “Mewia Łacha”, which is known primarily as a habitat for many species of wild birds. Along the
850-metre trail there are 8 thematic boards concerned with the history of formation of the reserve, the natural assets of the reserve, and the regulations which apply on the terrain of the reserve. Over the course of this gentle walk you will see the diversity of plant types in the region of the reserve, and will learn about the processes connected with the formation of coastal dunes. While in this area, it is worth knowing that, just behind the Przekop Wisły [Vistula Dug-through] channel and beyond the administration borders of the park, there is also an interesting trail that leads from the Świbno – Mikoszewo ferry crossing to the left-shore part of the “Mewia Łacha” reserve.  At the top of this trail is an observation tower, from which you can safely and comfortably watch the outflow of the Vistula river, and see seals and various bird species, including rare ones. 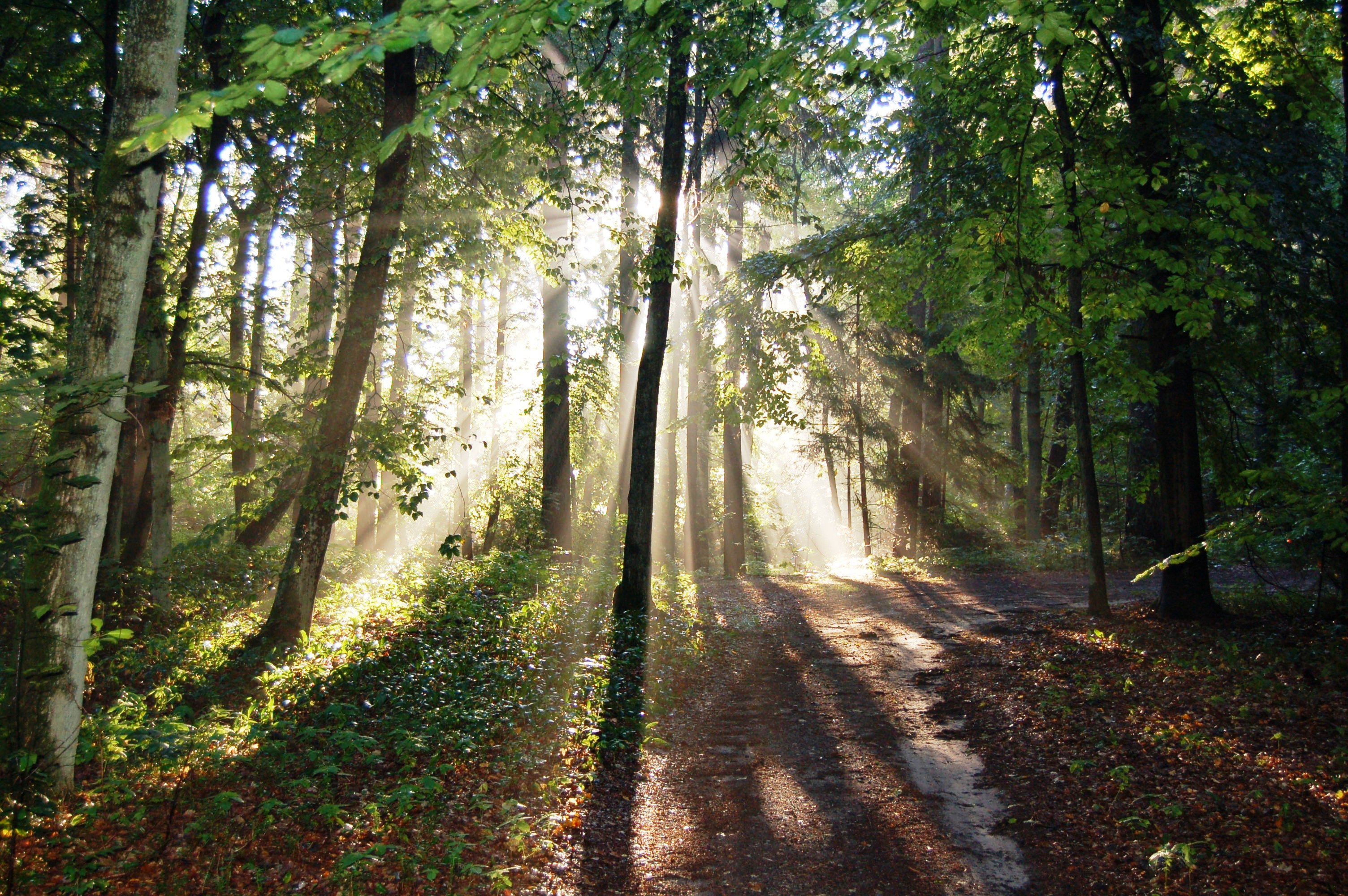 The almost 2-kilometre long “Las wokół nas” [“Forest around us”] trail was prepared by the Park Krajobrazowy Mierzeja Wiślana [Vistula Spit Landscape Park] authorities in cooperation with the Nadleśnictwo Elbląg [Elbląg Forest District] and Stutthof Museum, and starts in Stegna. Over fourteen stops you will gain new knowledge about the forest environment, the layer structure of the forest and the tree composition of the Vistula Spit, and you will also learn how to identify species of deciduous trees and coniferous trees which grow here. There is also no shortage of information about local animals, mushrooms and lichens. The natural aspect is complemented by boards remembering the tragic events which took place here during World War Two. 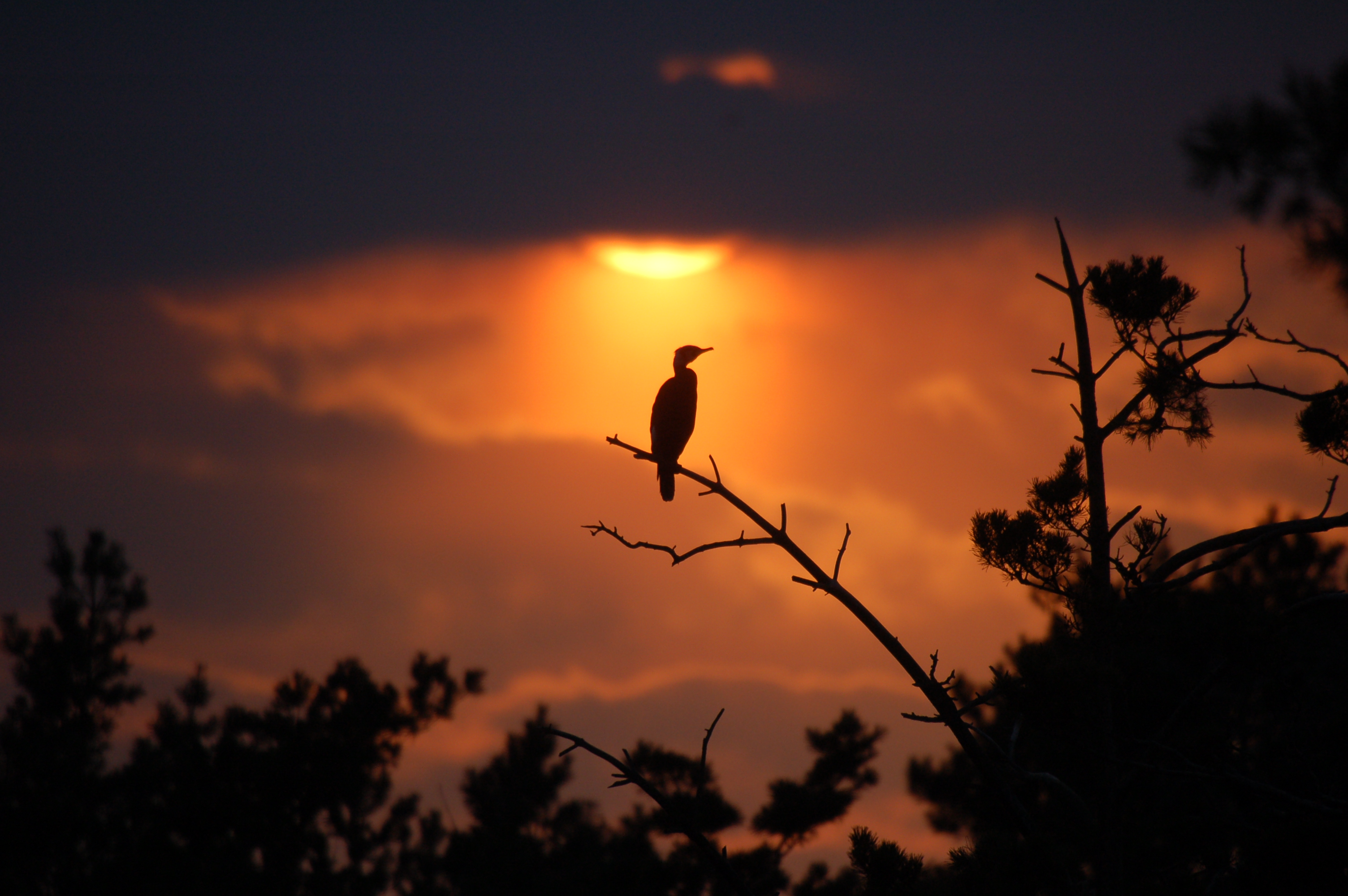 In the same area there is a mini-trail called “Wydma edukacyjna” [“Educational dune”] in Sztutowo, located on the area of a garden of a local primary school and accentuating the natural assets of coastal dunes (with the most interesting species of flora and fauna), their dangers and ways of protecting them. An advantage of the trail is a real dune, created as part of this project, on which plants characteristic of this kind of habitat have been planted.

In Kąty Rybackie village, situated at the base of the spit, you can follow a trail dedicated to the local nature reserve, prepared by the Nadleśnictwo Elbląg [Elbląg Forest District]. The start of this 5-kilometre trail is located near the administration building of the Leśnictwo Kąty [Kąty Forestry]. Along the trail there are boards giving information about the great cormorant, a stalwart of the Vistula Spit, including details about its anatomical parts and its way of life. You will also get a lot of information about the grey heron and about the influence that bird colonies have on the local trees.

In the centre of the Polish part of the spit you will find Krynica Morska, a popular holiday resort. In its heart the “Krynicki Starodrzew,” has a short educational trail that shows the assets of this place. You will find this trail near a little plaza with a fountain where “Benek,” a monumental oak, grows. Around 2 kilometres out of Krynica, in the direction of Piaski village, there is a longer trail, “Wielbłądzi Garb,” that leads to an observation tower located on a hill of the same name (49.5 metres above sea-level). This is the most recently formed dune on the spit. The thematic trail shows the flora and fauna of this part of the spit.

Another popular dune in the Park is Góra Pirata [Pirate’s Mountain], to which there is also an educational trail. Its start is located opposite a car park beside a forester’s lodge, around 5 kilometres out of Krynica Morska in the direction of Piaski. The charming hill has a height of around 40 metres above sea-level and is connected to a legend about the times when the spit had not yet become a unified piece of land but was instead a series of many islets. On one of these, on a high hilltop, a crew of old pirates supposedly built quite a big tower, from which they could intently watch the sea. They allegedly buried their most valuable treasures under the tower. Today there is a modern tower, built with birdwatching in mind, as millions of winged travellers fly above this narrow piece of land, creating a spectacular natural phenomenon that can best be observed in autumn. On the two-level observation platform of this tower, there is a place for tourists (the lower level) and a monitoring point for migratory birds (the higher level). The half-a-kilometre route that leads here through the forest has information boards and benches. 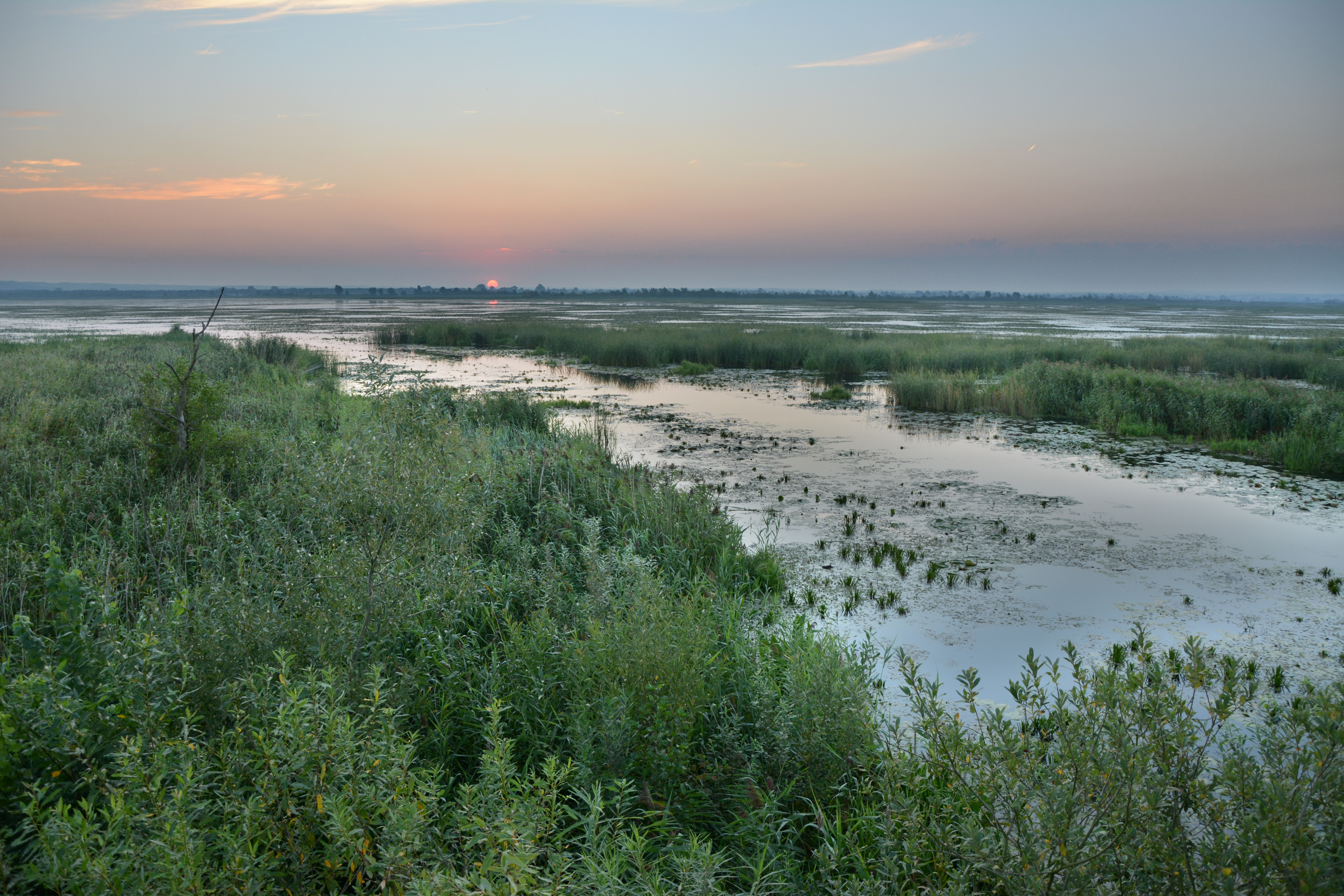 In Piaski village, almost at the very end of the Polish part of the spit, there is an educational point with boards from a former nature-cultural educational trail. The themes on the boards cover the natural and cultural character of the area of the spit – collections of plants by the lagoon, types of dunes and their formation, as well as plants in beach habitats, coastal coniferous pine forests and deciduous forests. Others feature fauna on the spit, the forest economy, the genesis of the spit and the history of Piaski as a settlement.