The neighbouring area of Gdańsk, where the queen of Polish rivers ends its course by flowing into the Baltic Sea through a few branches, is also one of the most popular places to observe birds, even including species considered rare. It is surprising that wildlife feels comfortable such a short distance from a well developed city.

The shape and nature of the mouth of the Vistula can be ascribed to centuries-old hydrological processes, as well as to a decision of Prussian authorities at the end of XIX century, as a result of recurrent flood hazard in the lowland Żuławy area, to embark on the enormous task of building a channel called the Przekop Wisły [literally: the Vistula Dig-through]. As the result, Wyspa Sobieszewska [Sobieszewo Island] – one of the most charmingly wooded places in the Pomorskie Region – gained its present borders.

The refugium located in the part of this artificial channel near its mouth is surrounded by two nature reserves – on the west side, by the mouth of the Wisła Śmiała river, there is the Ptasi Raj [Bird Paradise] reserve, while on the east side, we can find the Mewia Łacha [Gull Backwater] reserve. The whole area is loved both by observers and photographers of birds, as well as by professional ornithologists who almost every year observe an appearance of some rarely seen species.

The longest Polish river, after crossing the whole country, brings to the Polish sea everything that it has collected over its course of almost a thousand kilometres course, and creates along the way unique formations – backwaters, swamps, shoals, islands and islets. Across the whole refugium of the Vistula Delta, we also find spit coasts, dunes, forests and littoral lakes with rich greenery, as well as seasonally flooded pastures. This impressive diversity creates a wide range of habitats for birds of different kinds, both transient ones as well as winterers. Water and marsh species are exceptionally numerous. A skilled eye can also spot other winged creatures, as colonies of bats also appear in the area.

This reserve was created exactly 60 years ago and is located near the mouth of the Wisła Śmiała river. Its name is not a mere coincidence. This place is an important spot on the migration path along the south-Baltic route for water and marsh birds. Winged travellers can expect a friendly environment here for rest and hunting. It is also an important winter quarters for aquatic birds, as well as a nesting site for some rare species, among others the oystercatcher.

In Ptasi Raj you can come across more than 200 species. Among those which pass the reserve during their travels are the bar-tailed godwit, with its characteristic long beak, the greater white-fronted goose and the bean goose, as well as various species of dabbling ducks and pochards. Various species of gulls, terns and wading birds (including dunlin), and also cormorants, ducks, geese and swans, have their habitats here – during spring high-water stages there are masses of them.

Over the nearly 200 hectares of the reserve, we can find meadows, forests and swamps, as well as two lakes – Karaś and Ptasi Raj, which are separated from the Wisła Śmiała river by a rock levee. While walking on the levee itself has been forbidden for a few years,  you can make use of the 6-kilometre natural-educational trail that stretches through the reserve. You must act according to usual birdwatching rules, so you cannot disturb the animals or interfere with their environment. The friendly habitat for the animals that Ptasi Raj creates is also largely influenced by the attitude of the humans that visit the place.

Created in 1991, this reserve has two parts – a left bank one, on Wyspa Sobieszewska [Sobieszewo Island] itself, and a larger one (131.55 of 150 hectares of the whole reserve) on the east side of the Przekop Wisły.

As the name suggests, gulls are the main players here – in the case of the little gull (around 40 thousand of them) and the common gull (around 150 thousand), we are dealing here with their biggest clusters in the whole of Europe. We can also find here rarer species from the Laridae family: the little tern, common tern, sandwich tern and Arctic tern.

Among the wading birds that eagerly visit this place on their route, we can spot, among others, the Kentish plover, lesser sand plover, Egyptian plover or Radde’s warbler, for which the mouth of Wisła is the only stop in Poland. A common guest guest is also the oystercatcher. The total number of bird species in the reserve is more than 200, and a quarter of those are breeding species. What is very important is that the appeal of Mewia Łacha for birds is unstable, because of its dependence on the current formation of spits and backwaters. An influencing factor is also humans, who on the one hand influence the course of the river, and on the other penetrate the protected area, often in a harmful manner. While visiting the reserve, you must therefore walk only on designated observation paths. 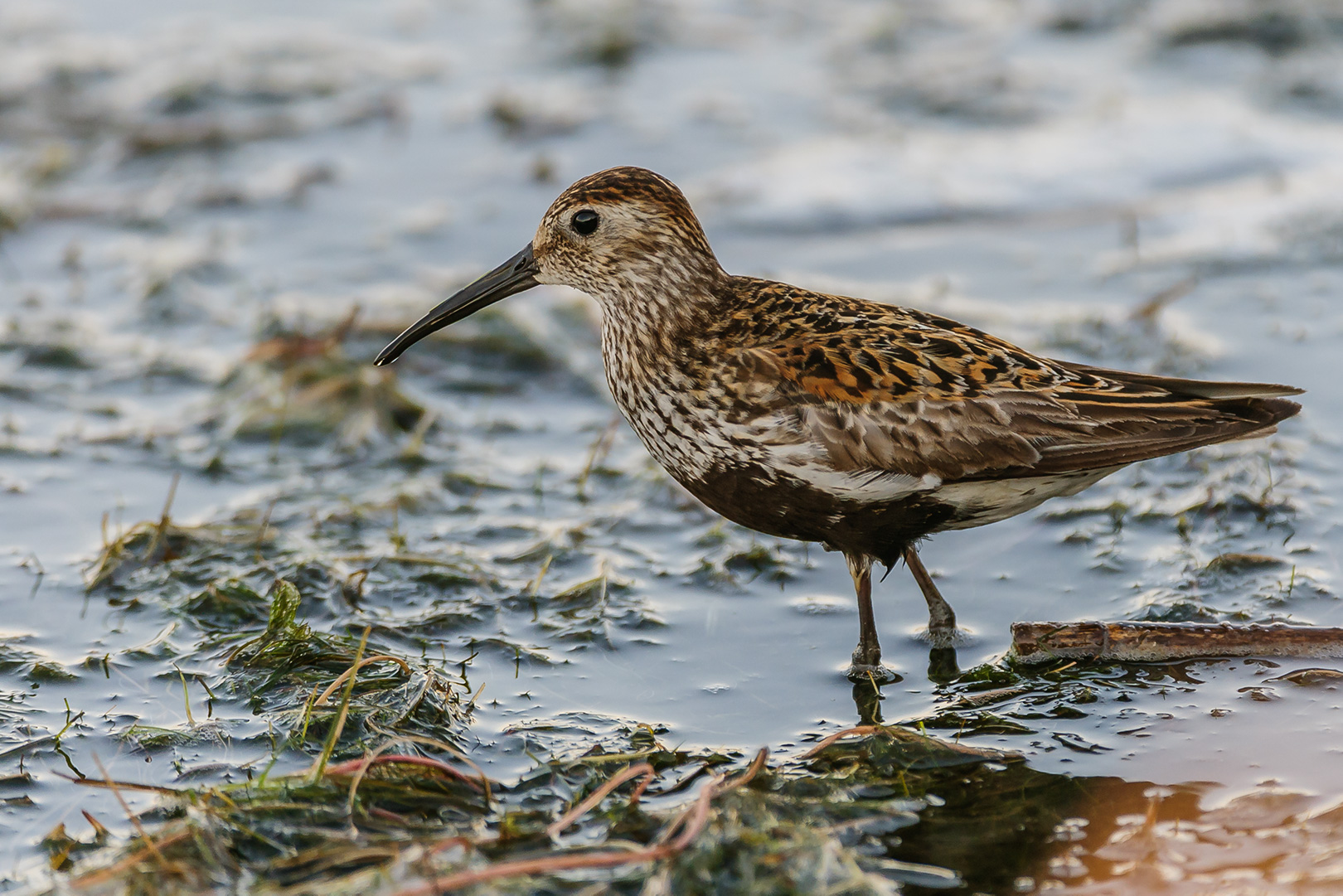