Evoid the crowds and look at the Crane

Through the centre of Gdansk during the summer time there are big crowds every day. Kayak is an excellent alternative not only to avid the crowded streets but also to look at the monuments from different perspective. You may for example look at the crane from the riverside. Do You know that above one of the gates along the Long Embankment there is very special and old coat of arms of Gdansk? It is the Breadsellers Gate from XV c – on eof the three, preserved late gothic water gates. On that coat of arms there is no crown yet, it was added in 1457. This and many other curiosities You may discover on the kayak tour around Motława River.

SS “Sołdek” was the first ship built in Gdansk Shipyard. It was launched in 1948. It was named after the shipyard worker Stanisław Sołdek. Now she is a museum ship. We can come closer and see the old way of building ships by using 300 rivets. Kayaking along this giant ship always makes a big impression putting our small, wet hand on the ship’s side.

See the Petrobaltic base from close range.

We are kayaking down the Dead Wistula along the Petrobaltic base, along the fishing boats and the tug boats till the Siennincki Bridge. If You are lucky You can see from closer the multipurpose research vessel St. Barbara, which is mooring often in the base. The ship is used mainly to do the hydrographical, geophysical, geotechnical and geological – engineering  research connected with the use of the hydrocarbon field as well as keeping the extraction infrastructure on the Baltic Sea. Believe me it is impressive! 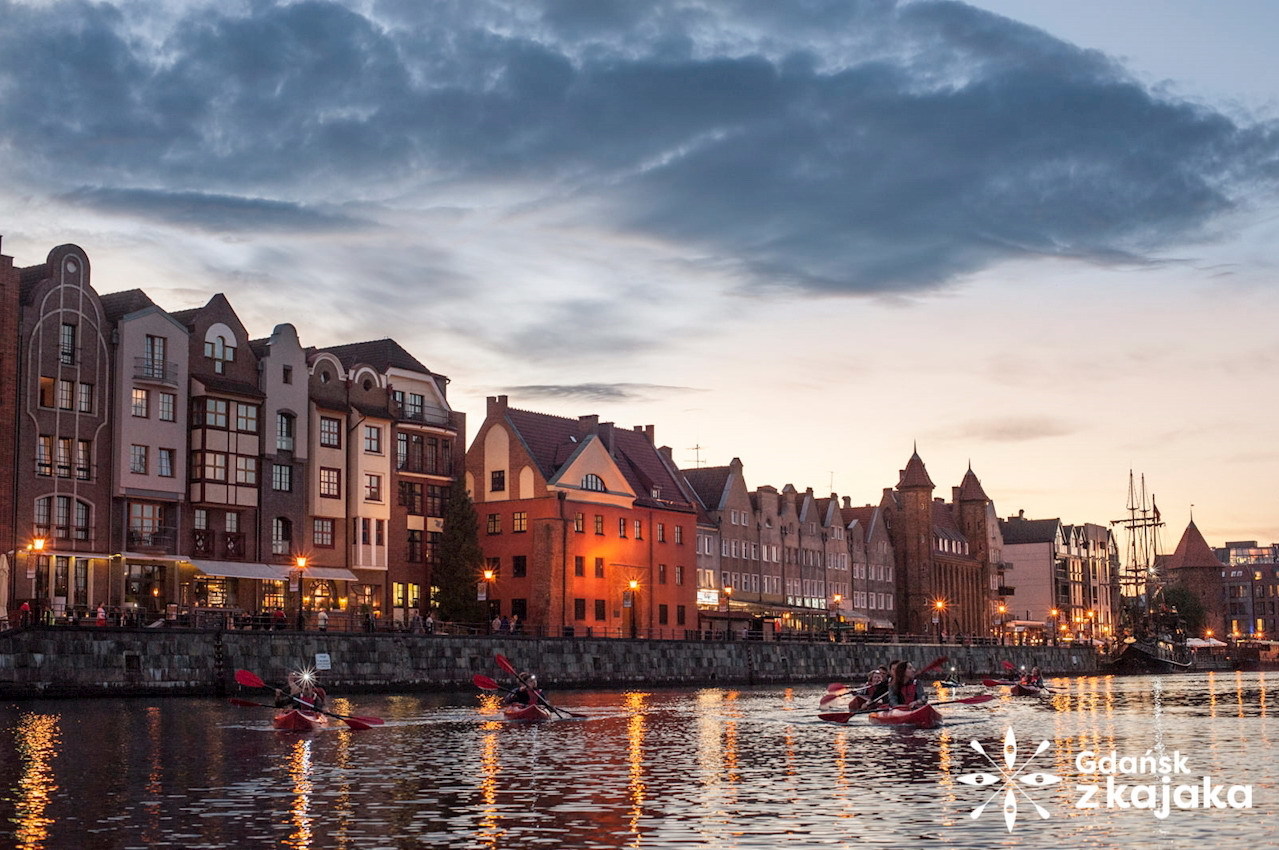 Maybe You are from Gdansk and the surroundings. Maybe You know the city well, its amazing streets and the monuments. During the kayak tour You have the unique opportunity to hear the stories about Gdansk from the river side. Motława River always played an important role in Gdansk. Since the medieval age times that was the place for the port. It changed the city into a big port town. Do You want to know more? Choose the kayaks! 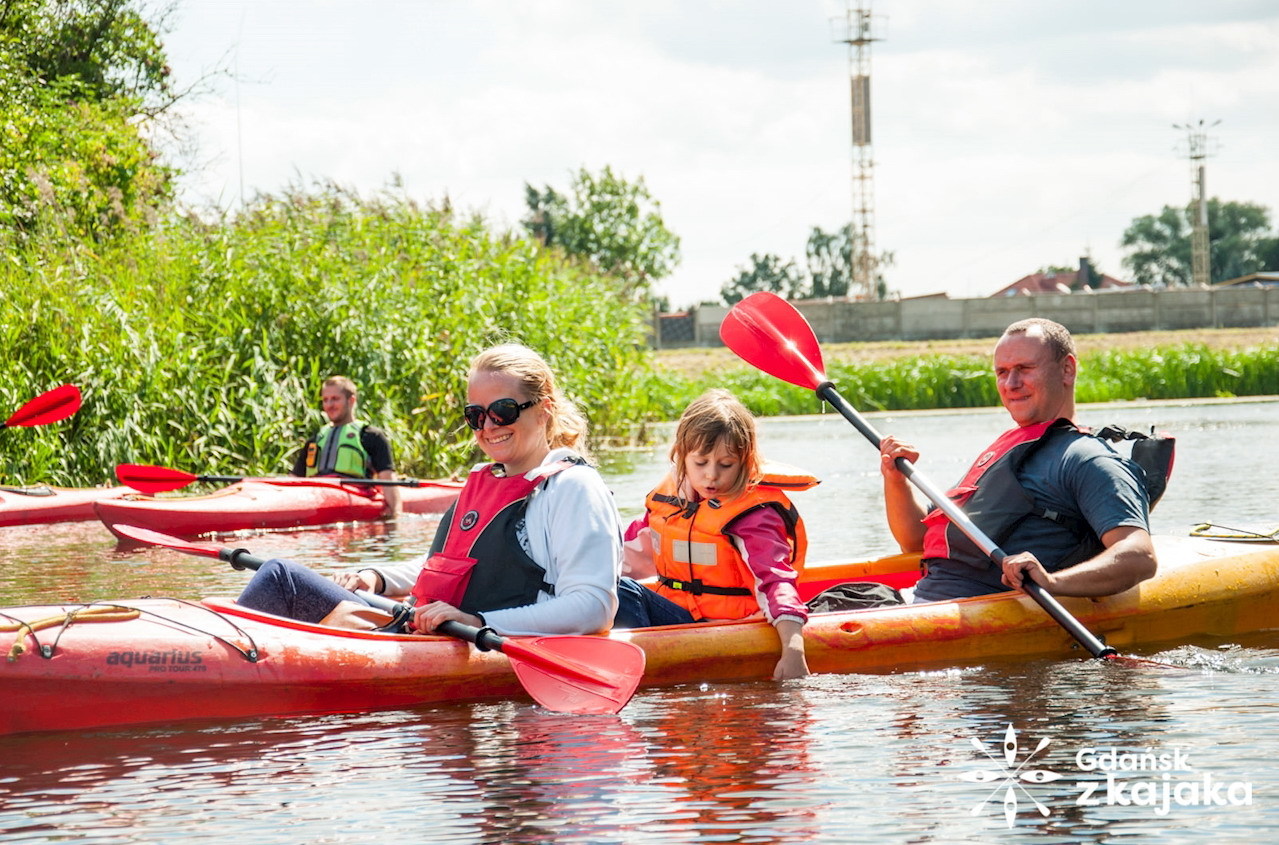 An adventure for everyone

No matter how old are You – visiting Gdansk by kayak is a great adventure for everybody! The trails have less than 10 km. You can cope with that in less than 3 hours. It is an excellent idea for a family weekend, also with kids. The older ones, 8 years and more will sit in from of the kayak and will try paddling. Younger ones will sit among their parents and the third person in the kayak and will get a map to know where We are at the moment. If You do know anybody – do not worry! You have a great occasion to meet people who share the same passion that You do.

The kayak trail leads through the waterway, that the bigger ships also use, including the water trams. Remember, that We are guests here and as the smallest items here We have to give the way. 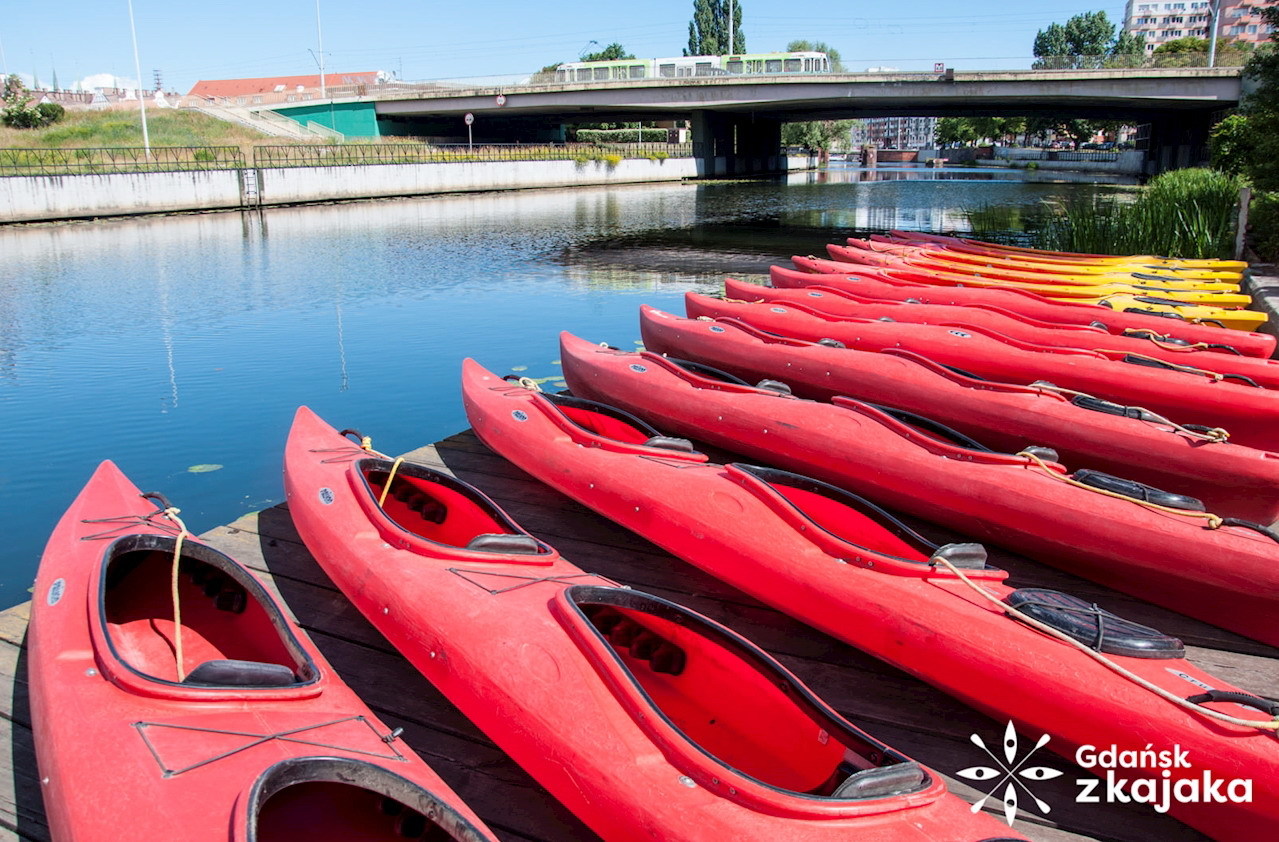 Look at Kamienna Grobla 2 , rent the equipment at: Gdansk from the kayak and start paddling.

On the way You can see:

The Long Embankment with the Grand Crane and the Mariacka Gate,

The Fishing Market and the Swan Tower,

Polish hook and the Dead Wisła and Kashubian Canal and the shipyard part,

The view to the shipyard area and Ostrów Island

Siennicki Bridge and flow around Motława,

The old moat till the city bastions

The remaining of Wolf and Bison XVII c. military constructions,

More You can find – all about the kayaking in Pomorskie Region.