Żuławy is unspoilt and free from mass tourism, which shows in a relaxed atmosphere of the region. There is often not a living soul in the endless, plain fields. The general feeling in local towns and villages is also peaceful and welcoming.

One of the highlights of the region is its characteristic architecture, namely arcade houses, which feature a protruded storey on the ceiling or a side wall, supported by wooden pillars. The oldest arcade houses date back to the 16th century and can be found in Trutnowy, Steblewo, Żuławki, Marynowy, Nowa Kościelnica and Orłowo. In the latter, there is a house with… a moustache, because that’s how wooden ornaments on the remarkable arcade look like. Those who are after aesthetic landscapes will surely fall in love with towns and villages of Żuławy, characterised by harmonious architecture and free from advertisements or gaudy signboards marring the landscape. 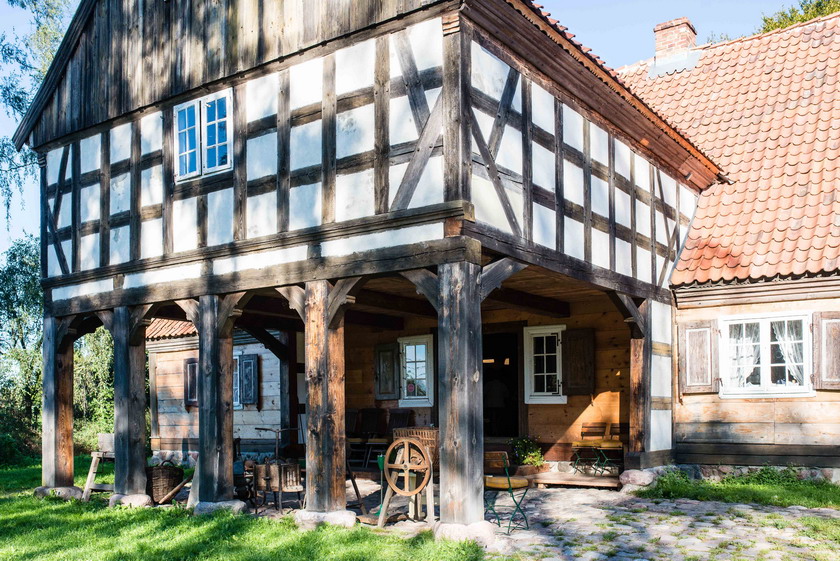 Another distinctive feature of Żuławy is its cheese-making tradition – the local speciality is traditional Werderkäse cheese – which has its origins in the history of the region. The area used to be inhabited by the Mennonites, namely Orthodox settlers from the Netherlands. At the end of the 16th century, due to repressions, they had to ran away from their country and were looking for a place to live and farm. At that time, Poland was regarded as an open and tolerant country, so the Mennonites settled down in Żuławy. They brought technologies of constructing canals, embankments and flood banks, which allowed marshy areas of the delta of the Vistula River to be transformed into fertile fields. 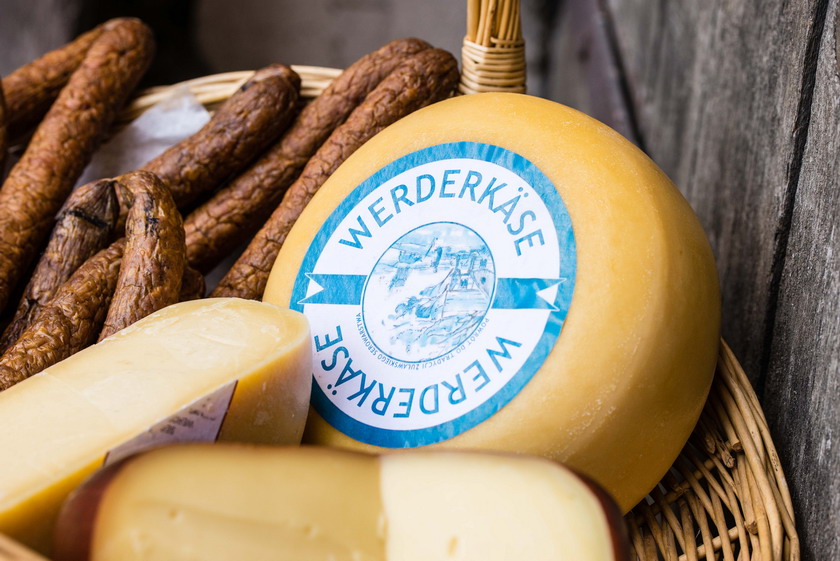 For several centuries, the Mennonites influenced the culture of Żuławy, but their situation got worse at the end of the 18th century. As a result of the partitions of Poland, their lands came under the reign of the King of Prussia, who ordered men to be called up regardless of the fact that their religion forbade them to fight. In consequence, many families ran away to… czarist Russia. The next purge took place after the Second World War, when people from the Polish eastern frontier were moved to the delta of the Vistula River. There was no place for the Mennonites, who were regarded as ‘a German element’, and they had to go back to western countries… What’s left of them is cultural heritage and, among others, cemeteries with characteristic tombs in Stawiec or Stogi. Dutch influences can be found in the distinctive architecture of the village of Żuławki, once classified as one of the ’50 most interesting villages in Poland’.

For centuries, other elements of Żuławy landscape associated with the Netherlands included effective windmills. Although only few of them have been preserved, including in the towns of Drewnica and Palczewo, they’re definitely a must. In Nowa Kościelnica, you will find HERSZTEK Manufacture, offering remarkable handicrafts, such as hand-made tiles with Żuławy themes, including windmills.

Palczewo also boasts historical St. Mary’s Church, the only church in Żuławy built entirely of wood. Its cosy interior and over two-hundred-year-old organs, which are still in use, is so remarkable that couples from all over Poland come to Żuławy to get married here. 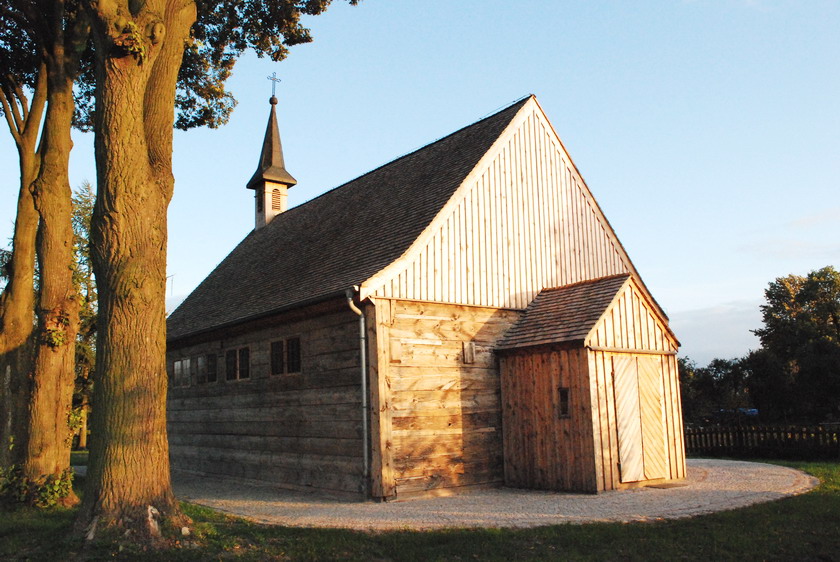 One of the best ways to explore Żuławy is the Żuławy Waterway, which comprises water routes of the Vistula River, the Martwa Wisła, the Szkarpawa, the Wisła Królewiecka, the Nogat, the Wisła Śmiała, the Wielka Święta – Tuga, the Motława, the Jagiellonian Canal, the Elbląd River, and the Pasłęka, as well as the bodies of water of the Vistula Lagoon. The waterway is 303 kilometres long in total, which you can cover by canoe, yacht, or motorboat. On your way, you’ll have a chance to enjoy splendid views of nature and historical buildings, including Gothic castles and arcade houses, as well as hydrotechnical structures: drawbridges and locks.

Żuławy is a picturesque region, which is definitely worth exploring. To learn about its history, visit the Żuławy Historical Park in Nowy Dwór Gdański, housed in a restored building of a former cheese making workshop. The museum offers a number of exhibitions presenting different periods of the history of the region in an interesting way. The museum is open every day but Monday.