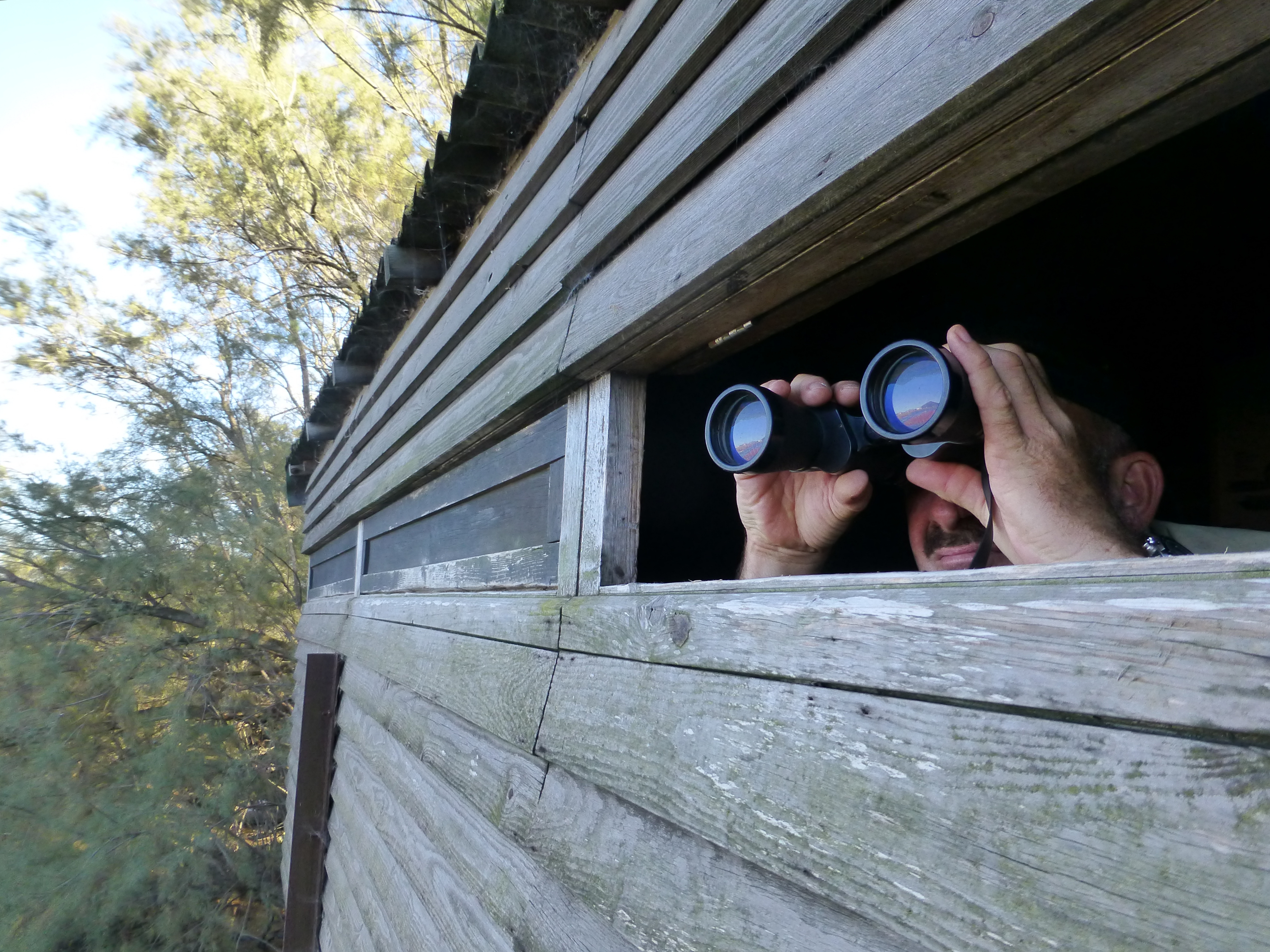 While observing birds, we have to remember that the watched animals act on the sense of sight. So as long as they don’t see us, they won’t be scared off and will act in a relatively natural way. We don’t have to rely on our unarmed eye – binoculars and telescopes are useful, and for photography amateurs – cameras with a proper lens. It is worth to choose a good spot for observation, stay calm and wait, preferably in stillness, for a winged show.

In Jastrzębia Góra, we will find for example a perfect point for observing the passage of aquatic birds. From the shore 3-5 metres above sea level, we can comfortably watch migration of birds like loons, jaegers, tubenoses or auks, which in majority fly directly above the waves and between them. From here we will also see big flocks of aquatic ducks, among which, with the help of binoculars, you can identify the most interesting species even from the big distance. This viewpoint is especially useful in the autumn-winter period and in spring, in particular in the period from September to April. The best time for observation begins at dawn and ends around the noon.

Despite the location at the base of Mierzeja Wiślana [the Vistula Spit], Kąty Rybackie are famous primarily for a cormorants reserve; here, we will also find a very good point for observation of also other species, mainly typically aquatic. You can spot, among others, rarely seen great northern loons and yellow-billed loons, jaegers, tubenoses, black-legged kittiwakes or Arctic terns.

Going further on Mierzeja Wiślana, we will reach Góra Pirata [Pirate’s Mountain]. It is a place where annually, there is held a nature event Ptasi Piknik [Bird Picnic]. Recently, a new watchtower has been commissioned here; it is beautifully located halfway between Krynica Morska and Piaski. To the watchtower leads us one-and-half kilometre educational trail with information boards and a bench – the trail runs through the forest, which starts just behind the old forester’s lodge Krynica Morska, by the regional road 501. There is a legend connected to the charming hill 40 metres above sea level , which tells about times when Mierzeja Wiślana wasn’t a unified land yet, and on its place there were a lot of isles. On one of them, on the top of a high hill, a crew of an Old Pirate supposedly built a big tower, from which you could steadily watch the sea. And under the tower, there were allegedly buried the most precious pirate treasures. No matter of how much truth there is in this story, today the brand new 7-metre high and two-story location is a great viewpoint for observation of migrating birds. The wooden structure skeleton of the tower is set on a stiff reinforced concrete foundation. You can see both Zalew Wiślany [Vistula Lagoon] and the Baltic Sea from here, and with good atmospheric conditions also Frombork and the towers of basilica in Braniewo.

On the territory of Słowiński Park Narodowy [Słowiński National Park], a valued observation point of avifauna is Rowokół, also called Święta Góra Słowińców [Slovincians’ Sacred Mountain], because of pagan beliefs associated with this place. The tower, on the 115 metres above sea level hilltop, ensures a view of everything that constitutes the uniqueness of this corner of Poland. From here we will see moving dunes stretching afar off, the Baltic Sea, lakes Łebsko ad Gardno, as well as located further inland fields and meadows, and situated at the base of the mountain locality Smołdzino. Also in the Słowiński Park Narodowy, but a little further to the west, a second tower is waiting for us. It is situated by Gardno lake, 3 kilometres from Rowy in the direction of Objazdy village. It is worth to visit this place, especially during spring or early summer, when birds and frogs prepare a true concert everyday.