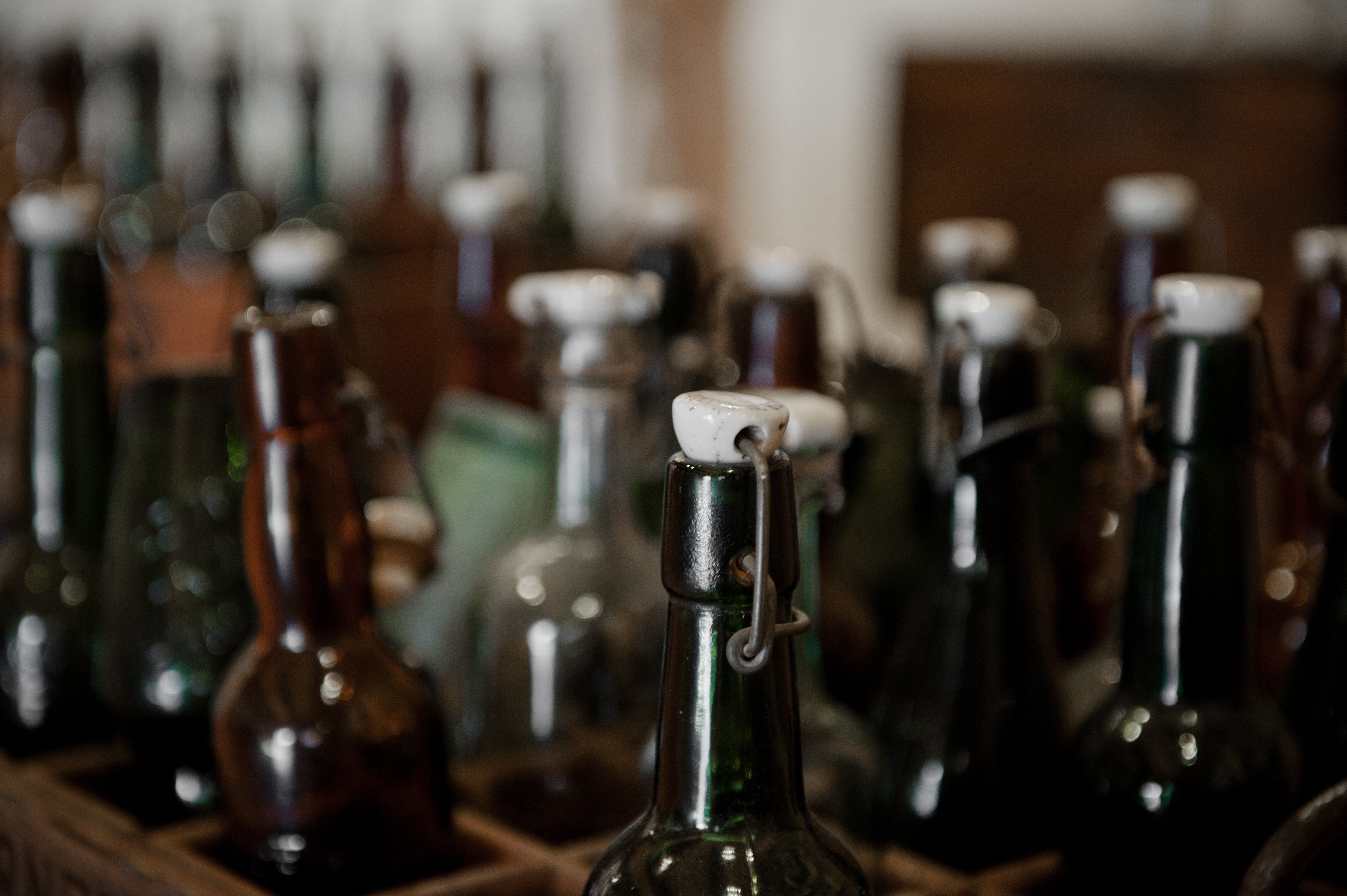 Lager, Porter, Pilsner, Ale, Stout, very bitter, with a fruity taste, dark, bright, brewed in a factory, micro or restaurant breweries… Produced with passion and respect to the brewery tradition but with a modern taste too. As the history says, Pomeranian Region was always one of the biggest bear regions of Poland. The same is now.

Already in medieval age times people in Pomerania appreciated this special, amber drink. One of the biggest brewery production in Europe was Gdansk. That’s why there was a Brewery Gild here collecting all those who produced beer.

A famous member of which was also John Hewelius , who money from the brewery invested to build devices to observe the sky.

At the beginning of XVI c. in the Main Town of Gdansk there were over 400 breweries. That was why the big, famous crane was built, to load and unload bear barrels.

It is also worth mentioning that bear from the hoops was also brewed with passion in Tczew, Malbork, Gniew or Chojnice and the fame of local breweries spread around Europe. Gdansk was famous from bear called “Jopejskie”, produced in so called “mold caves”, exported all over the Old Continent. 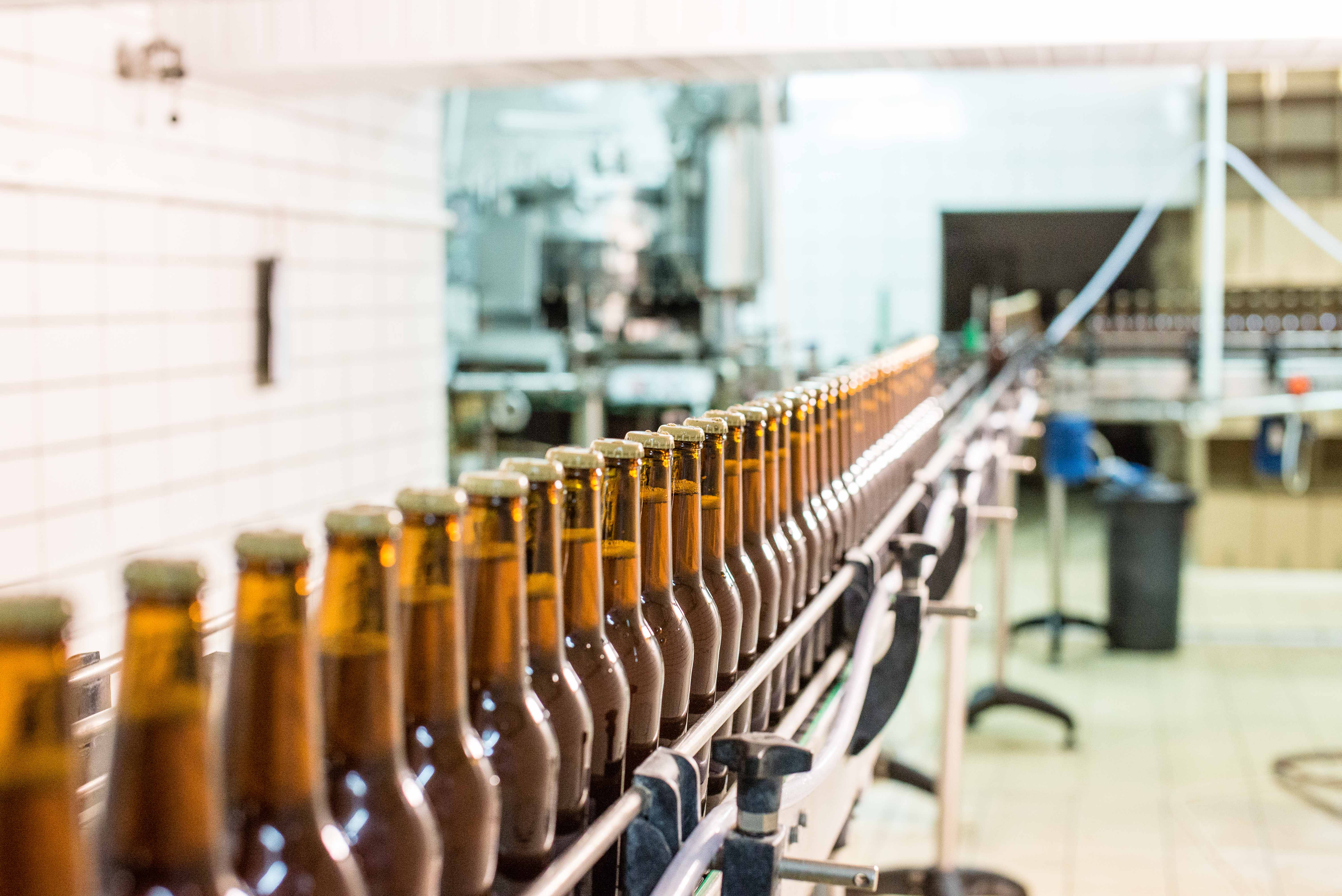 Pomeranian beer has been produced here for years. During the traditional way of production is a special way of smashing the malt, in order to get the full taste of it. Already in 1930 Pomeranian beer was called the most refined in Poland.

Today this tradition is continued by the Pomeranian Traditional Brewery. The owner of which cooperates with the Gościszewo Brewery. The owners’ of Pomeranian Traditional Brewery goal is to renew the old traditional beer taste. One of the beer kind in brewed under the watchful eye of Lucjan Iwanowicz, a Gdansk brewer, who for over 40 years worked in Gdansk brewery in Wrzeszcz and he used to work with the best Polish and German brewers . As Lucjan Iwanowicz says – I used to brew for You “Gdansk” beer, now I brew the “Old Gdansk” beer.

It is worth mentioning that Pomeranian beer in registered on the List of Traditional Products made by the Ministry of Agriculture and the Rural Development. 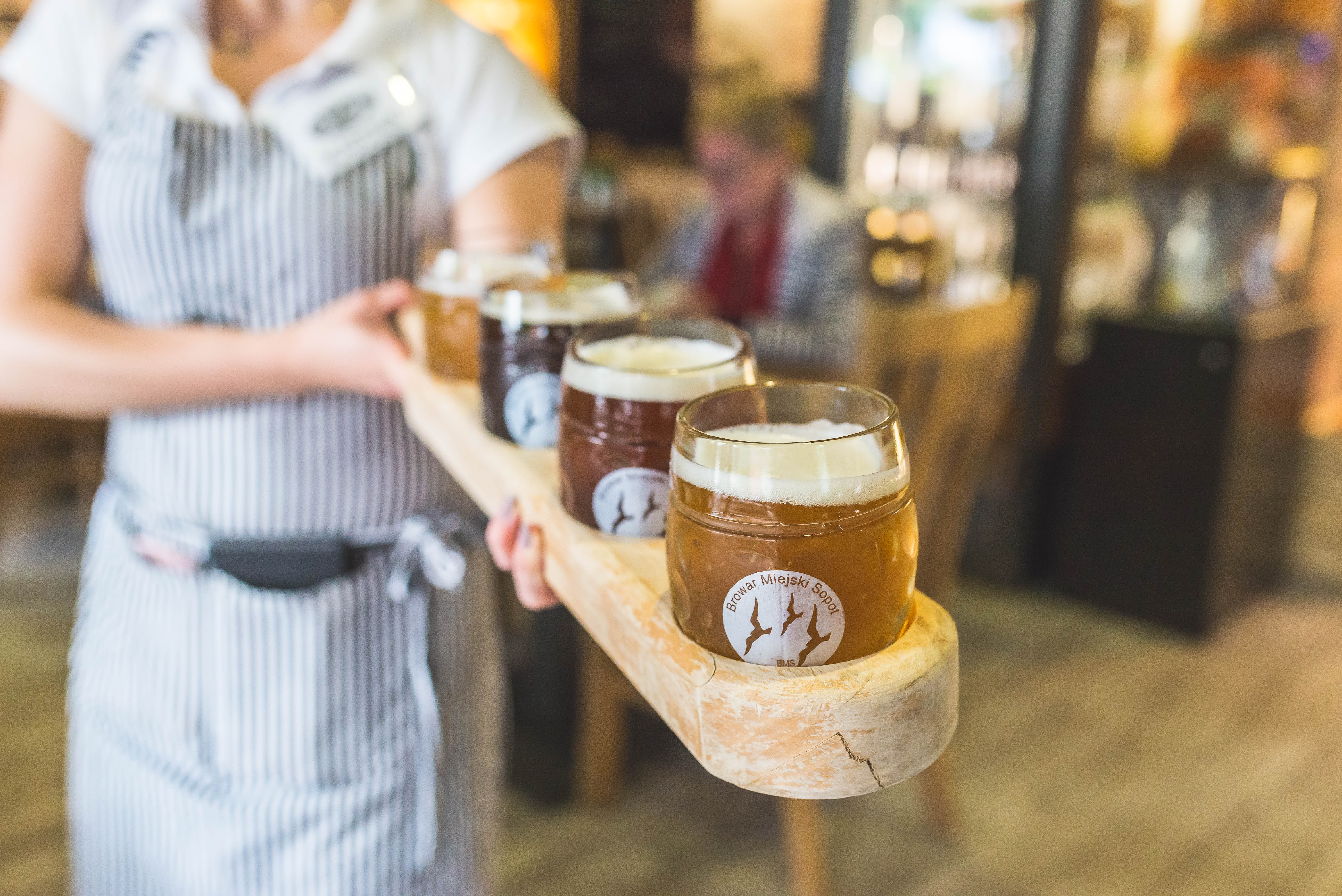 The Pomeranian Brewery in Gościszewo as one of the first in Poland started to produce not filtered beer. Weizen beer brewed with a bit of  orange skin  has special taste and smell and … many fans. The Gosciszewo Brewery has started in 1991 and is already a part of the beer landscape in Pomerania.

Very popular is also an Maber Brewery. It is a family company with a sit in Bielkówko. Their beers, like “Kozlak”, or “Złote Lwy” brewed locally on water from deep wells are theirs main famous products which beer fans love.

In the Pomeranian beer map there are also microbreweries which start to be more and more popular. For example Ale Brewery of Brodacz Brewery.

Restaurants and hotels are promoting amber drinks very much. That’s why, there are more and more microbreweries coming out. To the pre war brewing tradition relates now City Brewery in Sopot.

On the other hand, Browarnia, part of the Gdansk Hotel brings the old port tastes on beer.

There are also some new tastes, limited beer editions, like the pumpkin beer or the chocolate one. 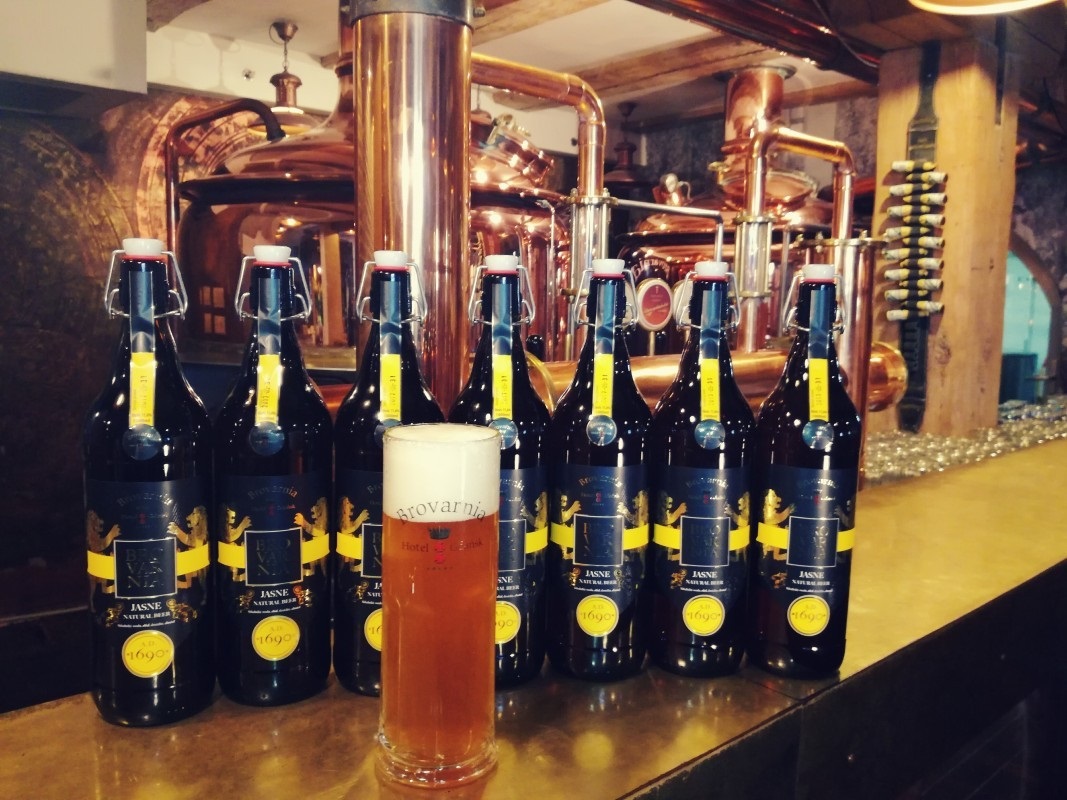 The Brewery on Piwna Street invites for famous and liked wheat beer.

The Old Brewery In Kościerzyna, which You have to visit while driving around Kashuby invites for unpasteurised and unfiltered natural taste of the amber drink.

The brewery tradition in Pomerania combines with the high culture of beer drinking. In the microbreweries or pubs with several beer tabs to pour different kinds of beer there are a lot of beer fans. Many of them try to brew beer at home, some, fascinated with its production, learn from the best brewers .

Some time ago this occupation became almost extinct, now is coming back to fashion. Many breweries organise workshops and guided tours around the breweries. You have to book in advance for that because the is a long line of people to sign up. 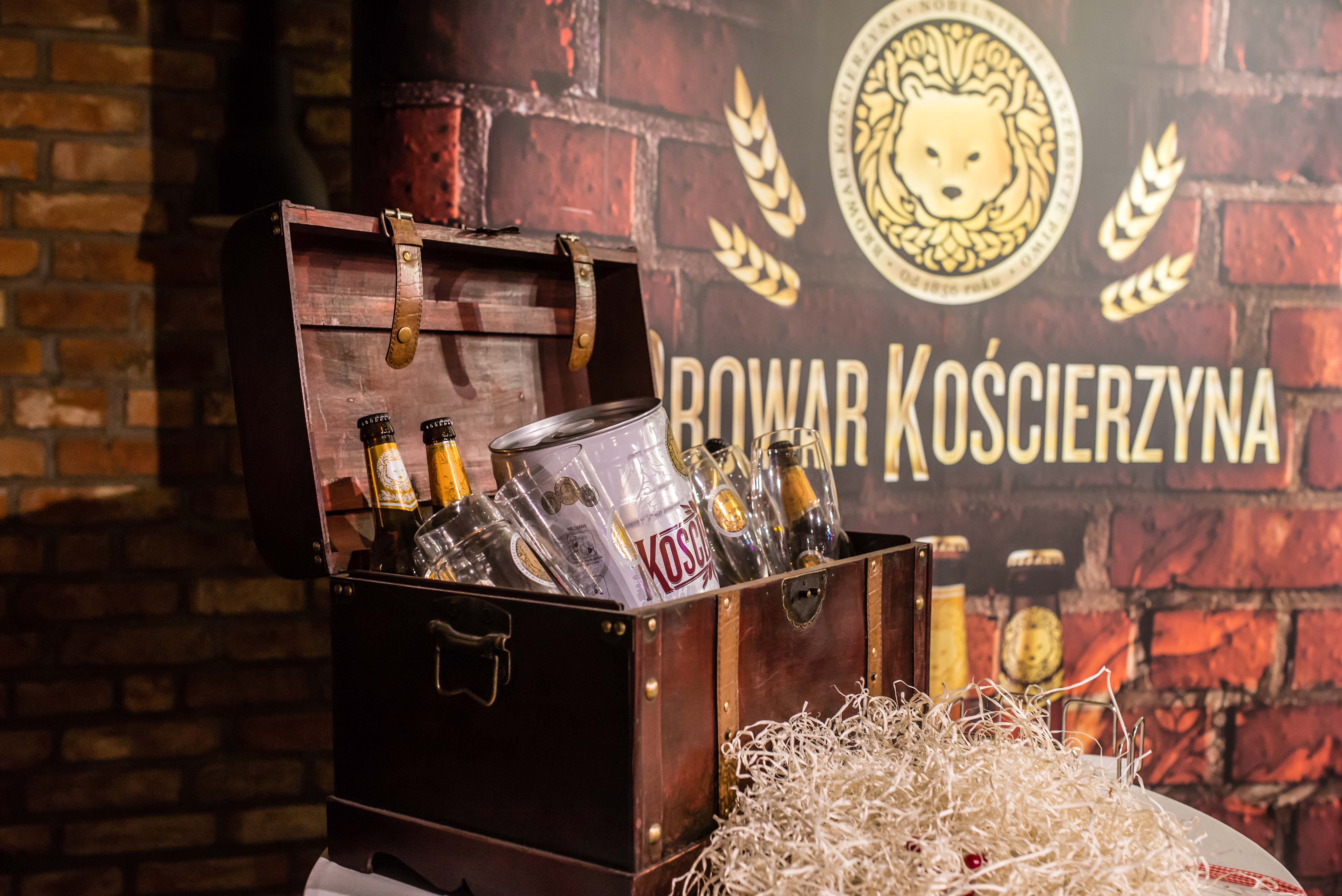