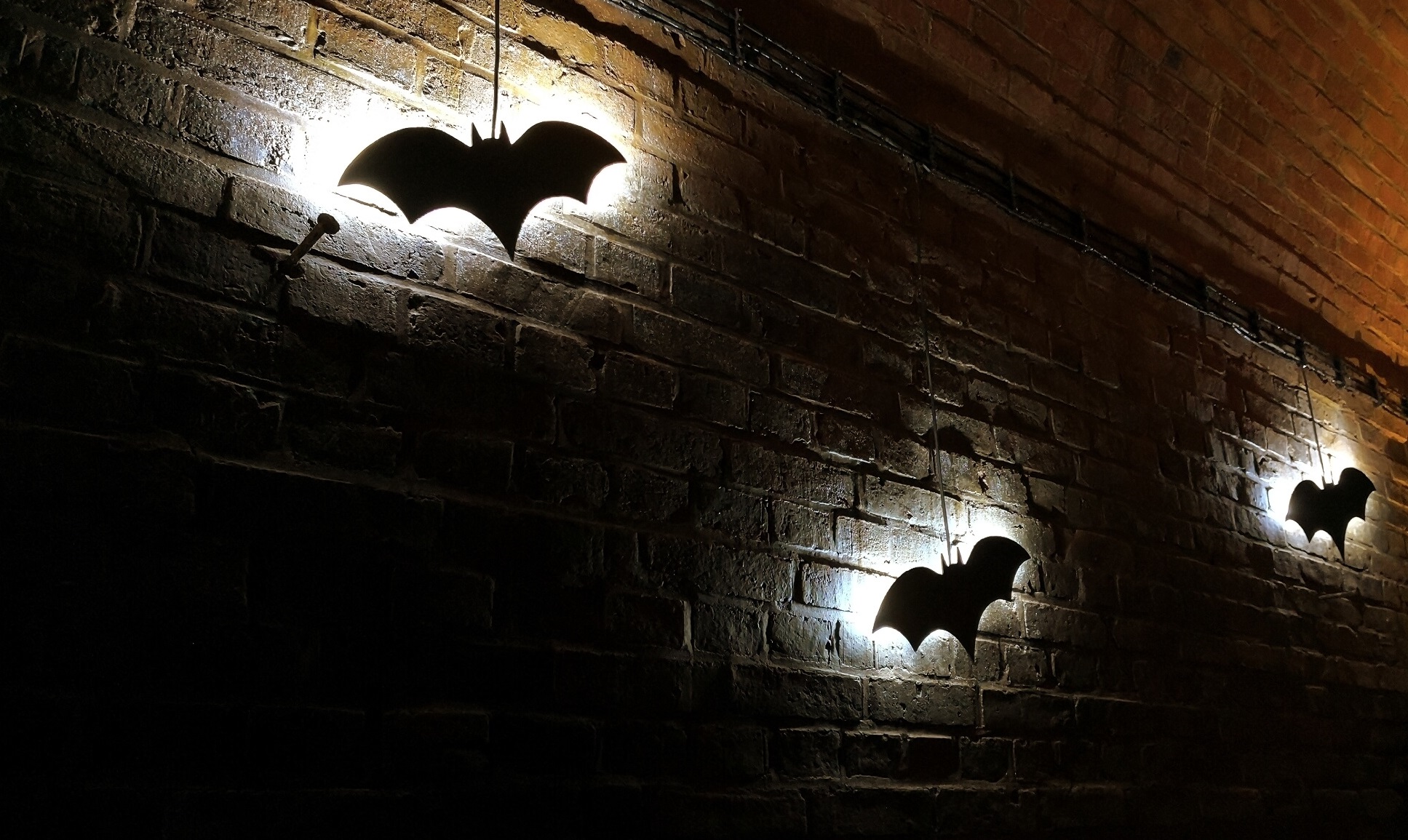 The Gdansk Water Supply Trail is a new offer among Gdansk tourist attractions, it was launched in 2018. The trail consists of three objects, places strongly affecting various human senses. In buildings, you can saturate sight and hearing with unique, memorable sensations.

Old Orunia Water Reservoir (ZWSO)
The building from 1869 celebrates its 150th anniversary this year. For many years it has been the wintering place of the largest bat colony in Pomorskie region. The spring opening date of the reservoir for visitors always depends on whether the winter hibernation time of these mammals has already ended. Found in Orunia, so-called the time capsule – a historical letter, probably left by the builders of the object, can be seen at the exhibition in the Old Sobieski Water Reservoir. 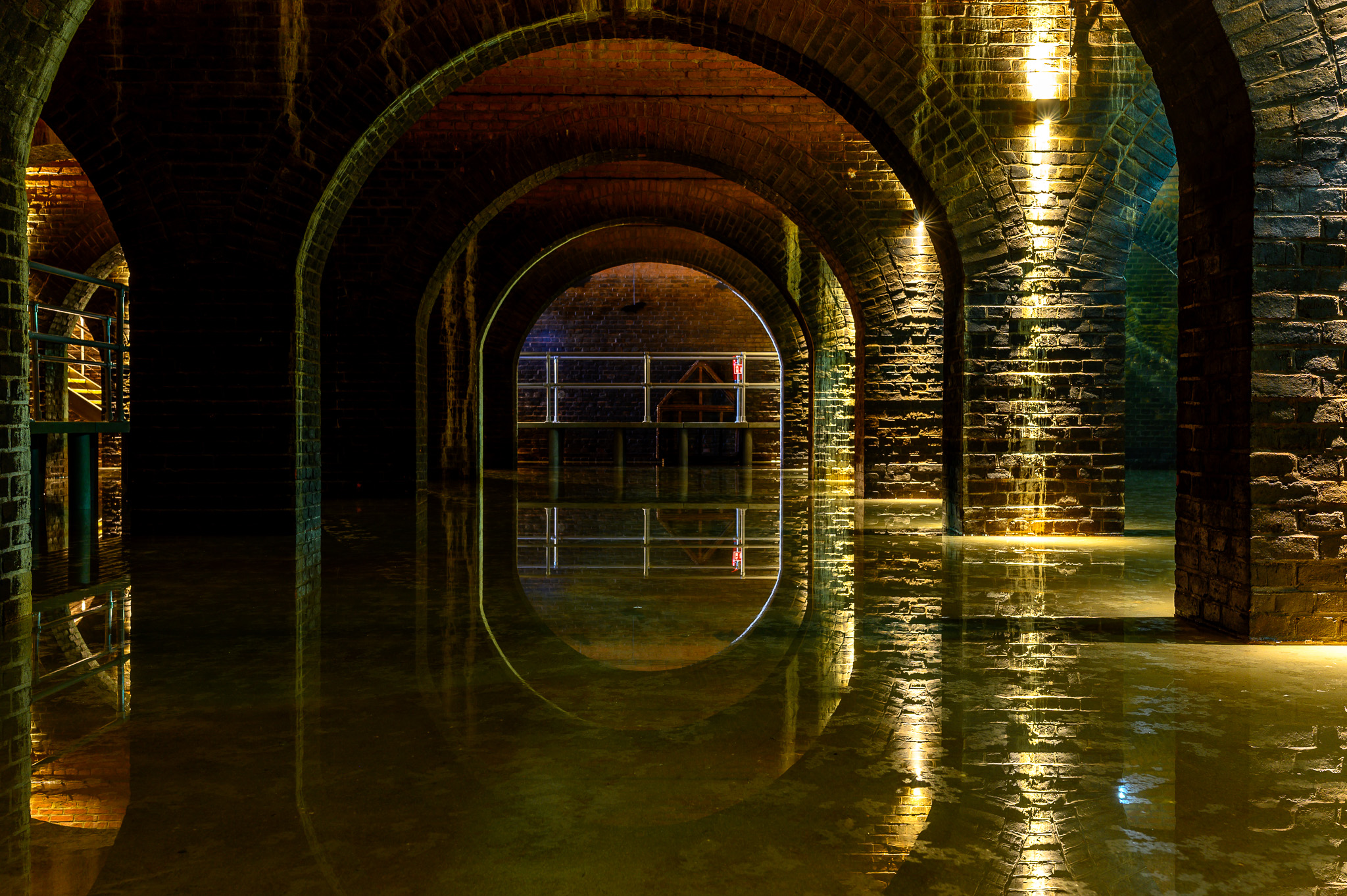 A view of the interior of the Old Orunia Water Reservoir in Gdansk, which is an arch, brick structure, brings to mind the interior of a Gothic cathedral. The reservoir was built in 1869 on the edge of the moraine hills above the present Nowiny Street. Photo. GIWK

After the revitalization of the tank, the installation of a new, tight floor, the object was intentionally flooded with clean water to a height of about 5 cm. This ensures optimal humidity for the bats, and additionally creates a unique visual effect. Tourists move on safe metal footbridges.
How to get there. Kampinoska Street 61, Gdansk-Orunia. Access from the car park marked with the sign of the Gdansk Water Supply Route at Nowiny Street. 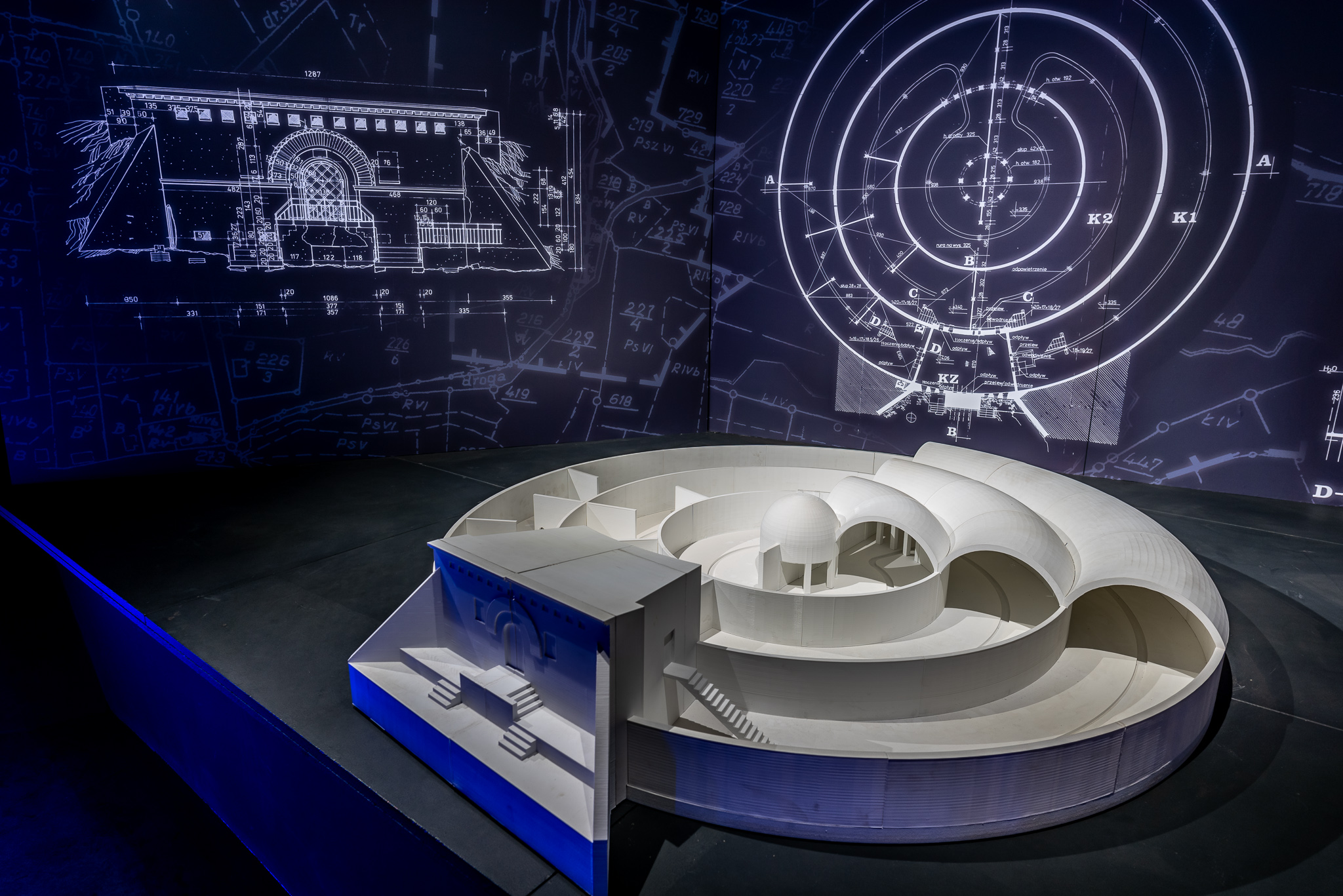 A mock-up of the Old Sobieski Water Tank. The building was commissioned in 1911 and was built as a reinforced concrete monolith, which was an impressive achievement at the beginning of the 20th century. Photo GIWK.

The building was located on Szubieniczna Hill, and put into use in 1911, was built as a reinforced concrete monolith, which was an impressive achievement at the beginning of the 20th century. It was built on a circular plan and consists of spaces forming an underground labyrinth ensuring an amazing acoustic experience. 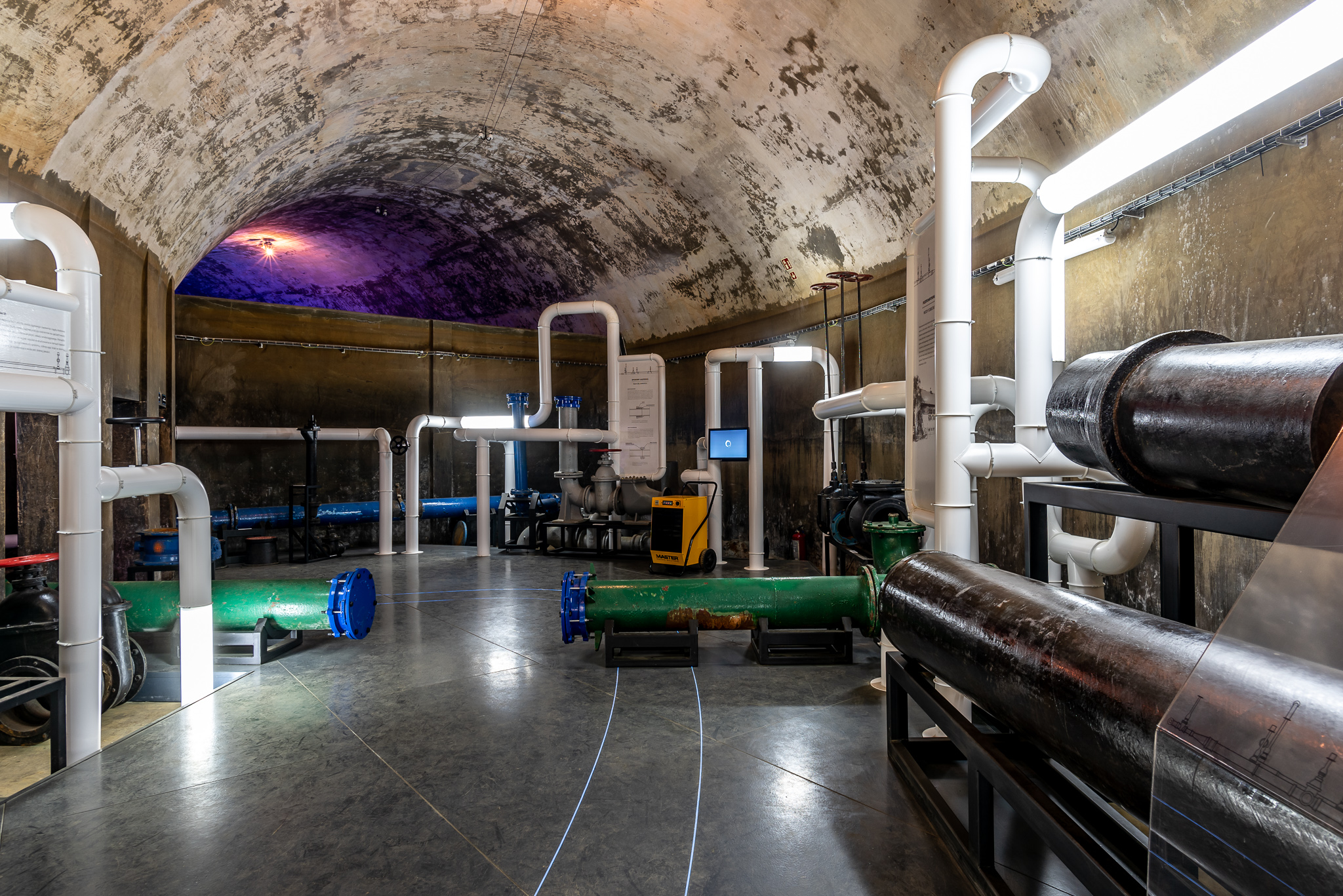 View of the inner chamber of the Old Sobieski Water Reservoir, Photo GIWK

The effect called the “whisper cave” allows for a whispered conversation over a distance of 200 meters. The heart of the building is a modern underground fountain, to which a well-prepared exhibition leads.
How to get there. Sobieskiego Street 4, Gdansk-Wrzeszcz. Access between Sobieskiego and Traugutta Streets. 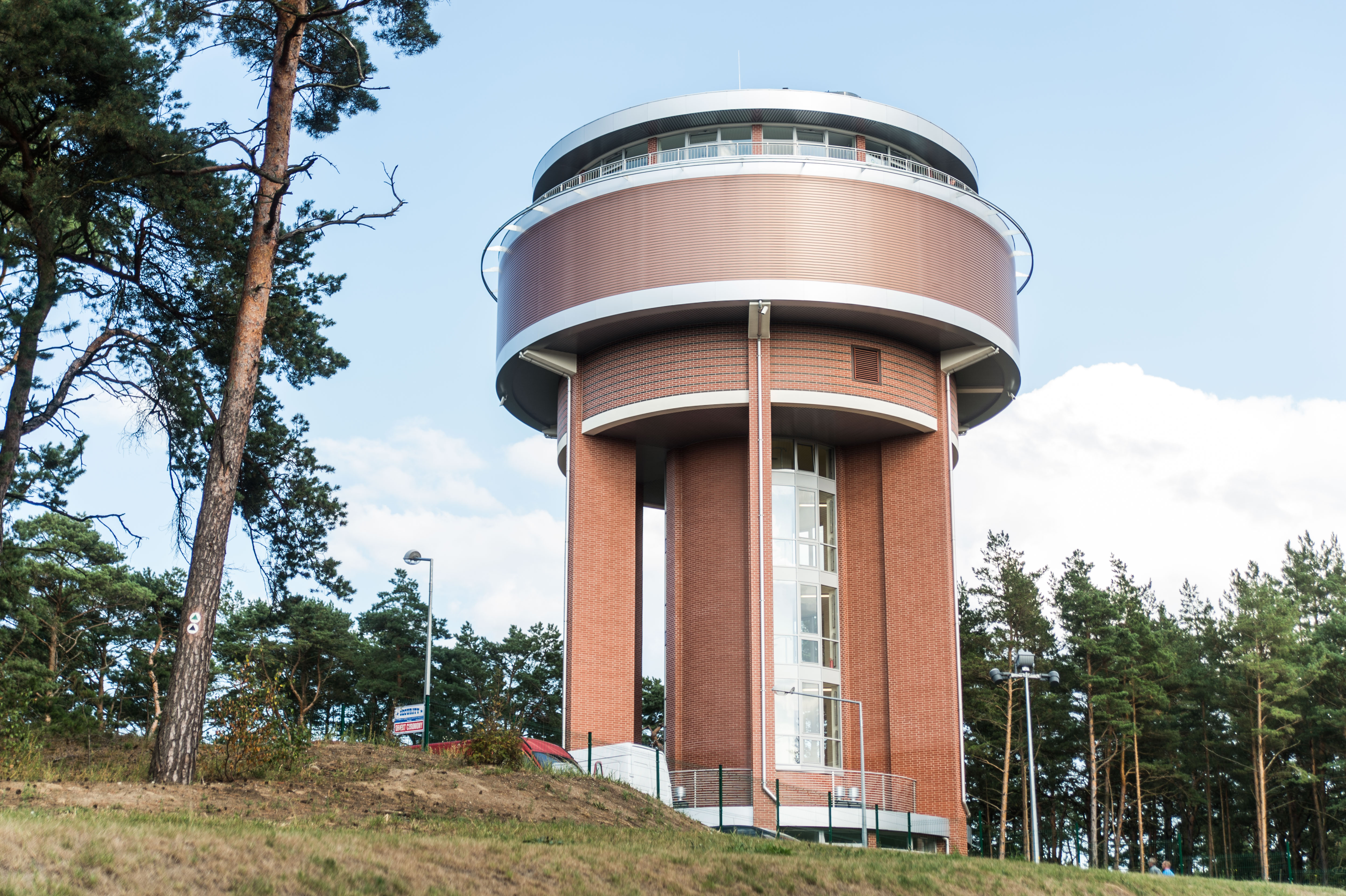 The Kazimierz Water Reservoir is a modern water tower, and it was named after Kazimierz Behlke, who was associated with Gdansk waterworks for 39 years. Photo, GIWK

It is a modern water tower with a terrace providing a view of the Sobieszewo Island, Gdansk Low Lands and the Bay of Gdansk. There are two multimedia exhibitions there. The tower is an active object. It was put into operation in 2015 to offer the inhabitants of the island the use of water of the same good quality as that flowing in the taps of the rest of Gdansk.
Entry on Saturdays at 20:00, it is a new offer this year. It is an opportunity to admire the sunset 10 meters above the canopy.
– We came out to meet the expectations of visitors who reported to us that it would be a great idea to ​​visit the reservoir in the evening – says Jacek Skarbek, president of the board of GIWK.
How to get there. Lazurowa Street, Gdańsk-Orle, Sobieszewo Island. It is worth getting acquainted with the map placed on the GIWK website, on which reservations are made.

The Corpus Christi Church in Gdańsk