From chanterelles to boletuses. Let’s go pick some mushrooms! 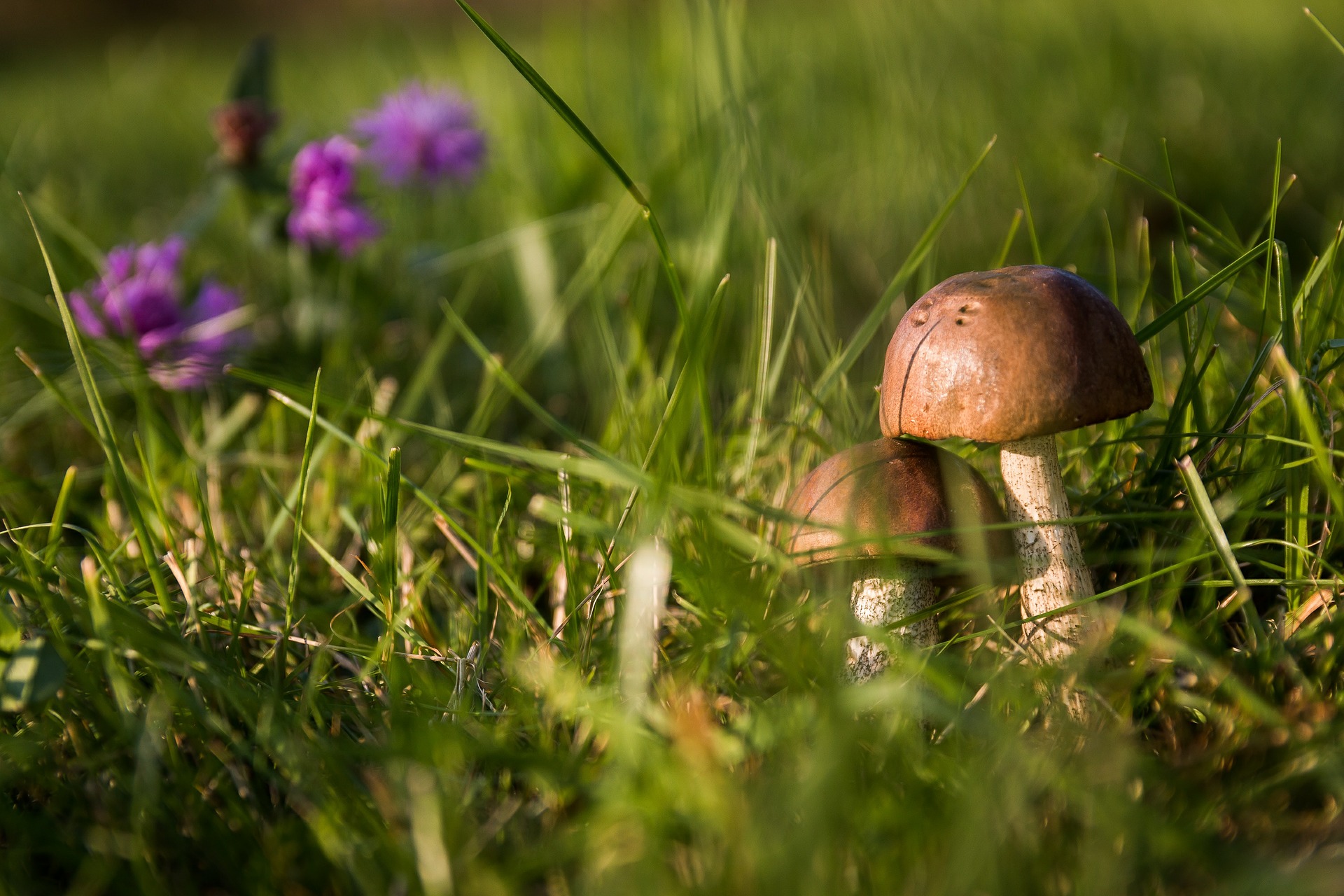 Mushrooms were gathered by our great-grandmothers, grandmothers, and mothers. We also enjoy an autumn stroll in the forest. The end of summer and beginning of autumn marks the true beginning of mushroom season. In the healthy forests of Pomorskie we will find different kinds of them, from the well-known chanterelles, to the less obvious ones. Mushroom foraging is an element of Polish culture, a pastime and at the same time, a unique form of active leisure.

Mushrooms are delicious. They can be the base of a dish (mushroom soup), but they also can be a fantastic complement to roast meat, for example. Forests of Pomorskie are full of mushrooms in autumn. Wioska Runa Leśnego, where you can gather mushrooms, as well as other fruits of the forest, operates in Borkowo Lęborskie in Pobrzeże Kaszubskie (the coastal part of Kaszuby) region. One of the creators of this “village” and one of the initiators of the newly-founded Thematic Village Association (Stowarzyszenie Wsi Tematycznych) is Marzena Górnisiewicz. A specially constructed room for drying mushrooms allows her to dry up to 280 pieces at once, and she gathers mushrooms several times a day. – Because I like – she laughs. Marzena Górnisiewicz knows everything about mushrooms, she holds the title of mushroom classifier, which allows her to certify mushrooms and supply them to the best regional restaurants.

-What kinds of mushrooms can be found in local forests?

Marzena Górnisiewicz: Many different kinds! There are plenty to choose from. Among them, the boletus mushroom, of which I recently gathered 8 kilograms! The basket was so heavy that I cried on my way home. Other mushrooms include different kinds of stalks, bay boletes, slippery jacks, bay boletes, honey fungi… But the real star is the cauliflower fungus, sparassis crispa. Five years ago, it was under strict protection, but it can be gathered now. After truffles, it is the second most expensive mushroom in France. This season was very kind for mushroom foragers. Chanterelles appeared in May, and near full moon, boletuses and bay boletes appear. The end of August is when yield is the highest.

-Do our region’s air and soil act in favour of mushrooms?

MG: Absolutely! I have tasted mushrooms from different parts of Poland, but I believe that the flavours of those from Pomorskie are the most pronounced. The soil is more healthy here, which gives mushrooms more vivid colours and better flavours. Air in Pomorskie is more humid, which gives the chance for mushrooms to grow even when the summers are dry. A bit of morning dew is enough for mushrooms to appear. Soil is especially fertile in the area of Borkowo Lęborskie or Strzeszewo, which provides excellent conditions for mycelium to develop.

-Mushrooms are not very demanding when it comes to conditions in which they grow. However, they have their favourite spots, and will not appear everywhere…

MG: Mushrooms “get attached” to places. The cauliflower fungus, for example, grows only next to pines and spruces. Not like polypores, on the trees, but just next to them. Therefore, it will only be found in a pine forest. For several years now, we have had a real explosion of Aureoboletus projectellus mushroom (there is no English common name for this mushroom). Rapid expansion of this mushroom has lead to a point at which people literally fill up their car trunks with it, from Lubiatowo, through Kopalino, to Karwia. This mushroom is perfect for marinade. Mushrooms are picked mechanically, but should be also picked with humility. Sometimes, good mushrooms and their poisonous lookalikes can grow next to each other, so that an untrained eye will not be able to tell them apart. If we are uncertain, it is better to carry on without picking such a mushroom.

-Most of mushrooms you pick are meant to be dried?

MG: I like both, fresh and dried mushrooms. The most important thing is that mushrooms gathered near Borkowo Lęborskie are healthy, ecological, without preservatives, and come from regional soil. Different mushrooms can be used for different purposes. Some can be used for soups, and some can be used instead of flour as thickeners. Chanterelles are perfect for scrambled eggs, but they also go well on pizza. The cauliflower fungus, as I have already mentioned, is a delicacy in France. It is perfect in marinade, soups, or as an extra ingredient in scrambled eggs. Mushrooms are also used in bigos(sometimes known as hunter’s stew), cabbage-stuffed pierogi (dumplings), or – of course – mushroom soup. They can also be dried, which makes them available all year round, or marinated.

MG: It is easy if you know what you are doing. For me, it is one of the greatest pleasures in life. I can go to the forest three times a day, and always come back home with something. When I was a child, my parents taught me how to do it. This is why I encourage taking your children with you. You can say that mushroom foraging is an old Polish tradition, passed on from generation to generation. So much so that it found its place in painting or literature.

-What are the rules for mushroom picking?

MG: First of all, you have to like it. When you like it, it doesn’t matter if you go to the forest on your own, or with your friends or family. It will always be a pleasure. Remember to always go mushroom hunting with a wicker basket, not a plastic bag. After they have been picked, mushrooms are still alive, therefore it is extremely important that the toxins that it emits had a way to vent. There is no such possibility in a plastic bag. You should screw the mushroom out of the ground, not cut it with a knife. If you cut it, the mycelium can rot, and there will be no more mushrooms in this place in the future. Besides, remember to squeeze the mycelium with leaves, so that sun doesn’t dry it (I do it after picking every single mushroom). It is also worth noting that you should clean your mushrooms of forest dirt before putting them in a basket.

-You run Wioska Runa Leśnego (literally: The Understory Settlement). In it, you teach how to recognise different kinds of mushrooms, you organise workshops, and take children and adults into the forest…

MG: I organise thematic excursions. We have a beautiful, wooden house right next to the forest, in which my husband organised an inn. It is here that I organise my workshops. I show photos and pictures of mushrooms, I teach how to recognise them, and I talk about how to pick them, store them, and what to do with them. I show which mushroom can, and which cannot be picked. But the workshops are just theory. We also go into the forest to test theory in practice. I organise activities for children, including art workshops, during which they paint wooden mushrooms. The workshops are dedicated to children and teenagers, as well as adults. At the end, there is a possibility to visit nearby restaurants, where you can eat the classic mushroom soup, cabbage and mushroom-stuffed pierogi (dumplings), or meat in mushroom gravy. So, it’s literally putting theory into practice.