This is how Pomorskie tastes 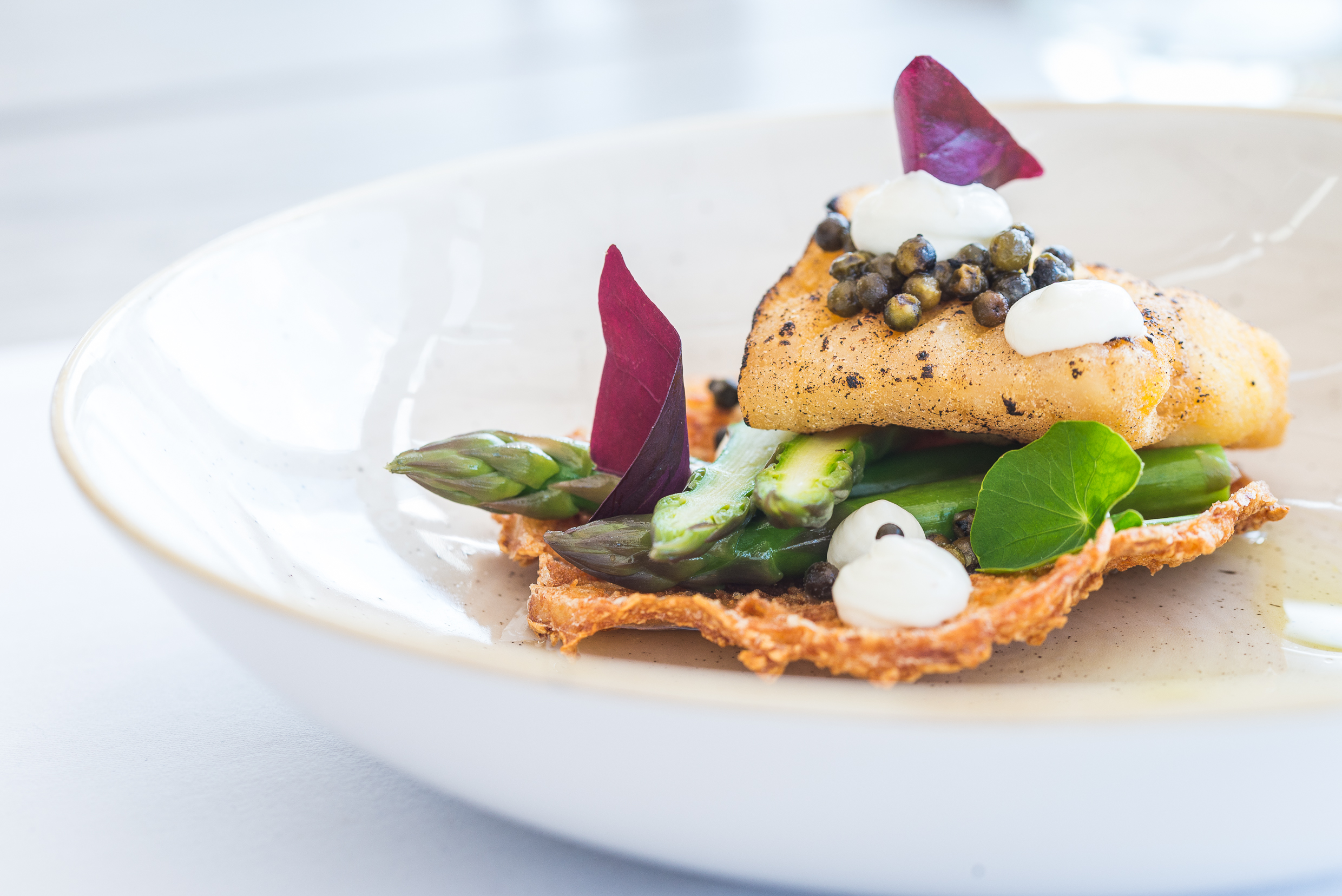 Pomorskie flavours are extremely rich. This is due to the specific nature of the region. The food was different in the north of Kashuby, where sea fish reigned, and different in the south, where freshwater fish and a lot of vegetables were grown in the sun-warmed land. Other dishes were prepared in Low Lands, where you can still hear the echo of the Mennonite tradition. In turn, in Tuchola Forests, venison was prepared and still is being prepared.

Sprats and lard
Grzegorz Labuda, chef and author of culinary books, has no doubts that when it comes to cooking, Pomorskie is one of the most wonderful places in the world.

– For me, Pomorskie cuisine is unique – says Grzegorz Labuda. – Chefs from other parts of Poland have something to envy us. The north is the sea and our fish: sprat, flounder, zander, cod, sea trout, turbot, Kashubian Switzerland are lakes and beautiful fish: eels, pike, burbot, tench, whitefish. Tuchola Forest means mushrooms, undergrowth, game. Low Lands is cereal, vegetables, fruit and honey. The south is a breeding ground for geese, ducks and pigs. We have everything a modern creative kitchen needs.

Chef Grzegorz Labuda admits that there are plenty of regulations and he has great respect for many of them. – I do not change many of the recipes because I think they are perfect and timeless. There are also the ones that I change and adapt to the contemporary palates of my guests, because evolution happens also here. It should not be forgotten that the delicacies of that time must be modernized in order to be attractive, interesting and provoking discussions and memories about old and present flavours.

Especially for pomorskie.travel, Grzegorz Labuda lists a few dishes that you should try. – It will be an omelette with sprats: fresh sprats fried in butter, covered with aerated egg mass and fried over a gentle fire, sprinkled with chopped chives at the end. – This dish was often served on Sunday breakfasts in fishermen’s houses – says Grzegorz Labuda.

The list also includes pork jelly: pork jelly (head, legs, front knuckle cooked over low heat for a long time with vegetables and herbs, and chicken “frekase”, chicken simmered in a previously prepared essential broth. The broth includes raisins, lemon zest and served with sauce. This is a must have for all important family celebrations in Kashuby – adds Grzegorz Labuda. 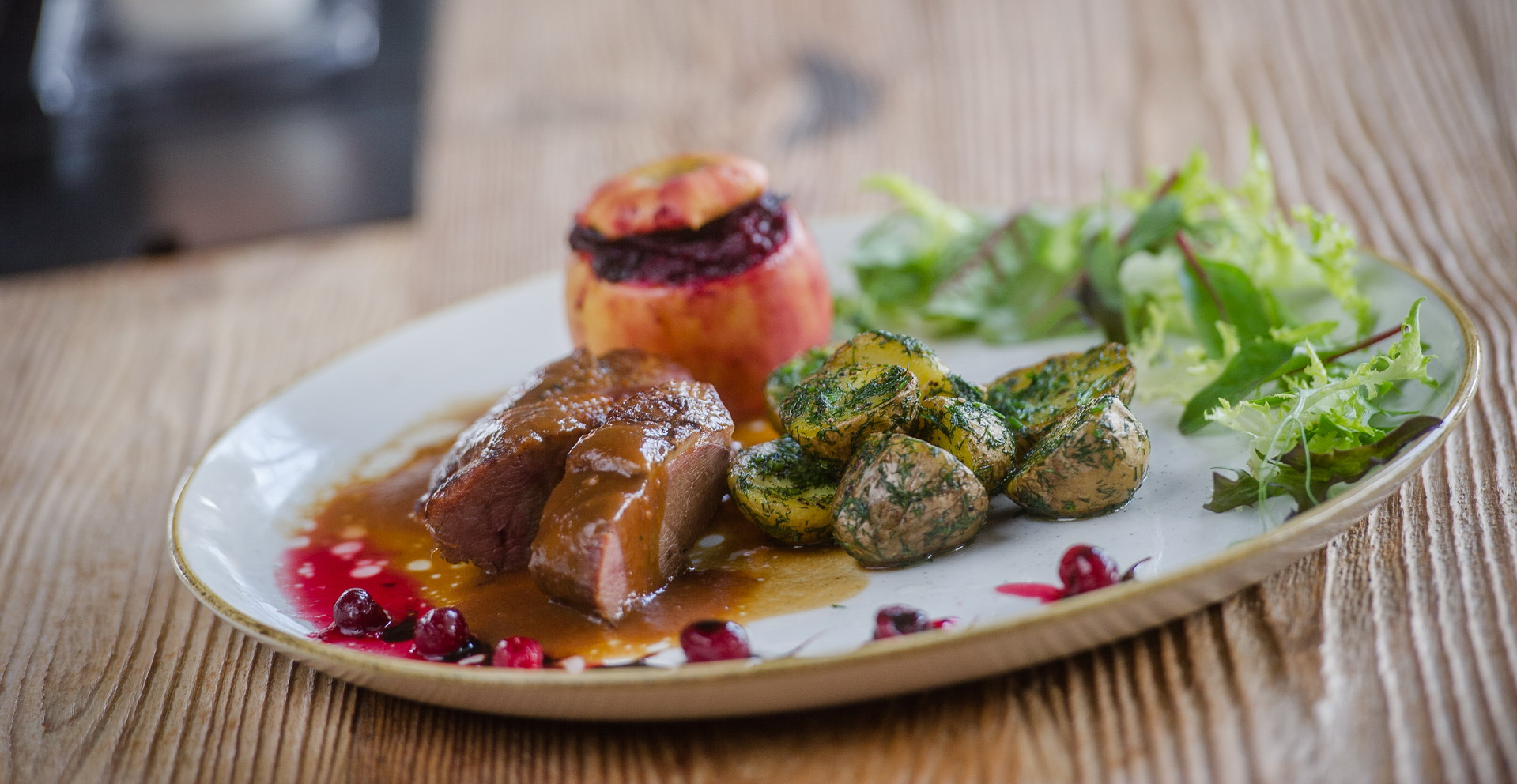 Pomorskie is famous for goose meat
Tomasz Szydzikowski, an outstanding expert on Pomorskie goose meat and a lover of traditional cuisine, points out that the cuisine in Pomorskie is multicoloured and part is the culture.

– Both my grandmother and my mother used to cook at home, according to old recipes. Well known regional dishes often appeared on the table, because my family comes from Kashuby and Kociewie. When I became a chef, I tried my hand at crafts and gained extensive experience, but in recent years I have devoted to the regional cuisine of Kashuby, where goose has become a specialty – says Tomasz Szydzikowski. Goose meat is a traditional product, a delicacy that appeared on Pomorskie tables. It is a sign of a great culinary heritage.

– Goose meat and dishes made of it were the staple diet of every inhabitant of these areas. Unfortunately, during communist times, the tradition of goose breeding disappeared for various reasons. In order to restore it again, it was necessary to put it on the tables, which I did when I worked in restaurants in Kashuby. In a way, I “sucked the taste of goose with my mother’s milk”. So I decided to uphold this unique tradition and pass it on to future generations – summarizes boss Szydzikowski.

The most famous recipe by Tomasz Szydzikowski is the traditional bricked goose, awarded in culinary competitions. The mashed goose is stuffed with plums and pears in copper. It swims in a cranberry sauce and is served with red cabbage in baked rubies. Goose meat is so unique that it has been entered on the list of Polish Culinary Heritage products.
Tomasz Szydzikowski also recommends “borawiecki krupnik” soup with mushrooms and goose giblets, which comes from the Tuchola Forest, as well as the classic goose soup, a popular soup in Pomorskie that often appeared at the master’s house during Sunday dinners.

The wealth of Pomorskie forests

In addition to fish and goose meat, Pomorskie is rich also with the fruit of the forest and undergrowth. Sławomir Miotk, a chef, an authority in the field of traditional Kashuby cuisine, points out that when we are talking about classic Pomorskie cuisine, we cannot forget about cranberries. – More precisely, it will be the mud cranberry from Kashuby – says Sławomir Miotk. – You can find it in wetlands and peat bogs. First of all, I appreciate it for its healing properties, because it stimulates digestion and strengthens the body. Secondly, of course, it’s about the taste. They are wonderful fruits that can be eaten raw, grated in a bowl or dried. We use them for desserts, jellies, sauces, tinctures and preserves. 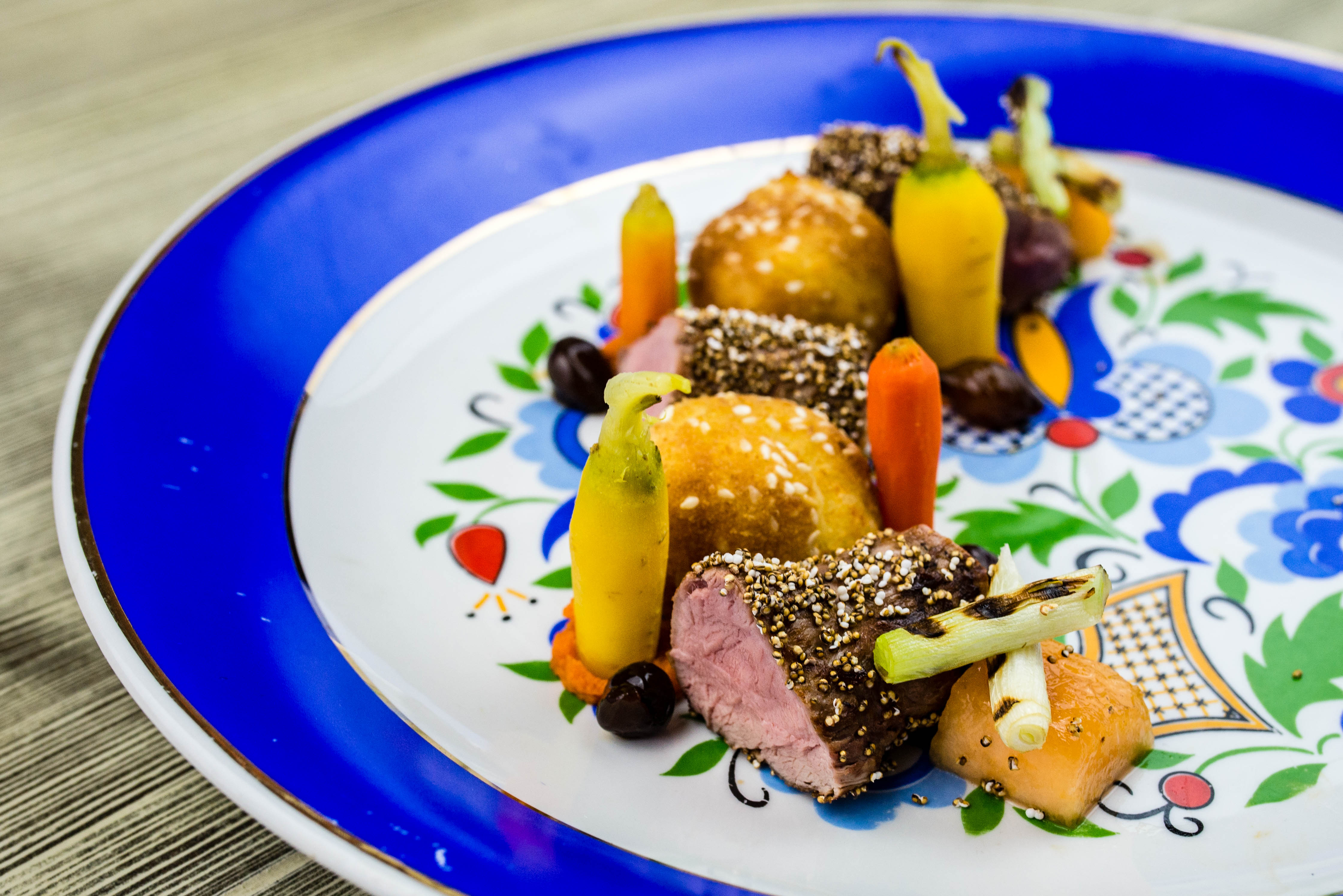 And what traditional Pomorskie dishes would Sławomir Miotk recommend?

– It seems to me that we should mention our soups here, especially since we are famous for our soups. It is related to our tradition. One of them is the already mentioned “czernina”, a soup cooked on duck or goose, seasoned with dried fruit. I also recommend mushroom soup, because Pomorskie is full of forests. I make mushroom soup from buttermilk, porcini mushrooms and dried bay boletes, on broth with country cream and poured dumplings. Popular mushrooms in our region are: boletus, chanterelles, butterfish, boletus. Personally, I use a lot of mushrooms in my kitchen, which are an addition to various dishes such as: dumplings, sauces, stuffing for casseroles and they combine perfectly with fish. Speaking of fish, it must be emphasized that Pomorskie is famous for fish. Starting from smoked fish such as whitefish, eel, Baltic salmon, halibut, to marinated fish such as herring in various forms, such as: “rollmops” in a Kashuby style, in vinegar. Fried, stewed and baked fish, such as our cod, also called “Pomuchel”, zander or Baltic salmon are also tasty. The latter goes well with mushroom sauce.

Pomorskie cuisine – a huge culinary heritage that is continued with great respect by the best chefs. When visiting Pomorskie, it is worth checking which restaurants serve dishes from the highest quality products, regional products, and discover the regional flavours of Pomorskie region there.