POMORSKIE. A LAND OF HONEY. 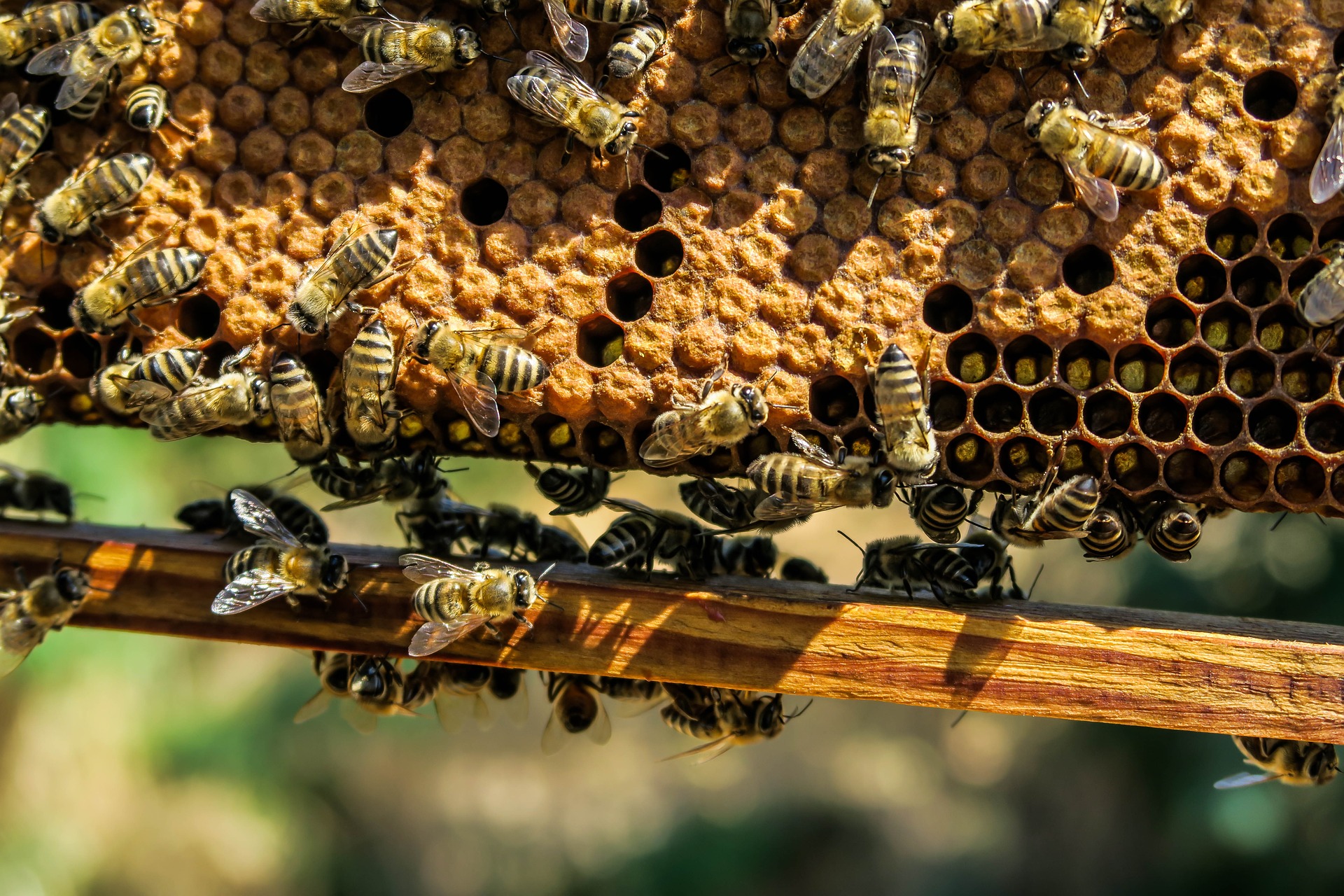 Sweet flavour of honey, the sound of hard-working bees humming, and relaxing with a bottle of excellent mead. Sounds interesting? If it does, we invite you to embark with us to embrace the apiarian face of Pomorskie voivodeship!

Pomorskie is proud of its historical beekeeping tradition, which is a lesser known part of its history and culture. In the Medieval times, keeping bees in forests was one of the main occupations of people who inhabited the region. Great forest complexes, as well as high demand for honey and bee wax bolstered development of this occupation.

Beekeeping, or bee rearing, is breeding bee families in natural or man-made trunks, which were designated with beekeeper marks. Each mark, or emblem, was characteristic to a particular beekeeper. It won’t be an exaggeration if we say that honey wasn’t the only thing flowing out of such trunks. The other thing was substantial wealth, as all of them were taxed by whoever ruled the land. Beekeepers organised themselves in guilds, led by a foreman. They also had their statutes and courts. The court’s ruling had to be accepted by the majority of guild members, and punishments were infamous for their severity.

The intricacies of history of the region left an imprint not only on human settlements, but also on local woodlands. Different church orders, which in the Medieval times were often given authority over local forests, had significant influence on beekeeping in the region. This is how apiarian villages of Ostrzyce and Dzierżążno found themselves under the influence of Cistercians from Oliwa. “White monks” from Bukowo, on the other hand, were given Bobolin and Karnkiewice. Monks from Słupsk also had their share of profits from beekeeping. The 15th century brought intensified development of agriculture and settlement network, which in turn led to a substantial decrease of forest area. Wars were another factor leading to a decline in forest beekeeping. Later, order forbidding to found new apiaries issued by Prussian authorities further impeded the process.

However, gradual decline in forest beekeeping didn’t stop people from beekeeping at all. The process was domesticated, with trunks having been replaced by bee hives. The region’s most favourite model was woven from either straw or cane, and caulked with clay. Logs were another type of habitats: hives made using hollowed out tree trunks.

Today, bits and pieces of the old tradition can be traced not only in village names, but also in the Kashubian Ethnographic Park, as well as along the botanical educational trail in Tuchola Forest (Bory Tucholskie), where trunk hives are displayed. An interesting idea, if you want to slow down, reduce stress, is a visit to an ecological apiary, regional mead tasting, or observing bee families, which are interesting not only because of the meticulousness with which they perform their tasks, well-organised community, but also… because of their reproduction method. It is somewhat interesting, as parthenogenesis was observed among bees, a phenomenon discovered by a Silesia-based priest, Jan Dzierżoń, a distinguished Polish apiarist.

The broad range of advantages connected with a visit to tourist-friendly apiaries includes the possibility to explore the benefits of natural medicines that come from “hive laboratories”. One of the most potent ones is propolis. Others include pollen and royal jelly.

Apitourism is an excellent form of relaxation that brings together many advantages. If you’d like to find out more about the hard, but extremely rewarding and beautiful, profession of a beekeeper, you enjoy honey, or would just like to rest in an unconventional way, take a look at our offer!

Below is a list of most interesting apitourism locations in the region!

-Wędrowna Barć Apiary, Krzemienica – its offer includes honey tastings, workshops and lecutres, apiarian equipment presentations, and “green lessons” , during which you can observe a family of bees in a special, glassed hive.

-Eko Barć specialises in forest honey, which is on the Traditional Products List maintained by the Ministry of Agriculture and Rural Development. Visitors to the apiary can also enjoy their time among around 200 fallow deer, bred by the owners.

-Pasieka “U Strusi” (“Ostrich Apiary) – offers not only honey for sale, but also educational activities, professional consultations, and possibility to observe a family of bees permanently inhabiting a glassed hive. Make sure to stop by the enclosure of the largest birds in the world, ostriches, which are kept by the apiary’s owners.

-Ethnographic Park in Wdzydze Kiszewskie presents exhibits related to traditional beekeeping in Kashubia region, but not only. The exhibits include apiarian equipment and straw hives, among others.

-Honey Museum in Pszczółki is a small, interactive museum that was founded in 2006. It showcases beekeeping equipment and outfit elements, and organises various activities, such as making candles from honeycomb base.

-Museum of Puck since 2016 presents a permanent exhibition, “Beekeeping in Pomorskie”