The name of this region comes from the name of the village – Great Walichnowy. The village and church was established by the Teutons in XIV century. The Hole Holy John the Baptist church, has still remaining from the older church from XIV c. which burned down in XVII c. and was rebuilt. Most of the artefacts inside are from the XVIII c. Many floods were registered in the church books here. Using those a board was made showing the flood marks. It is situated at the church tower. Near the church there is an old arcaded smithy from XIX c. 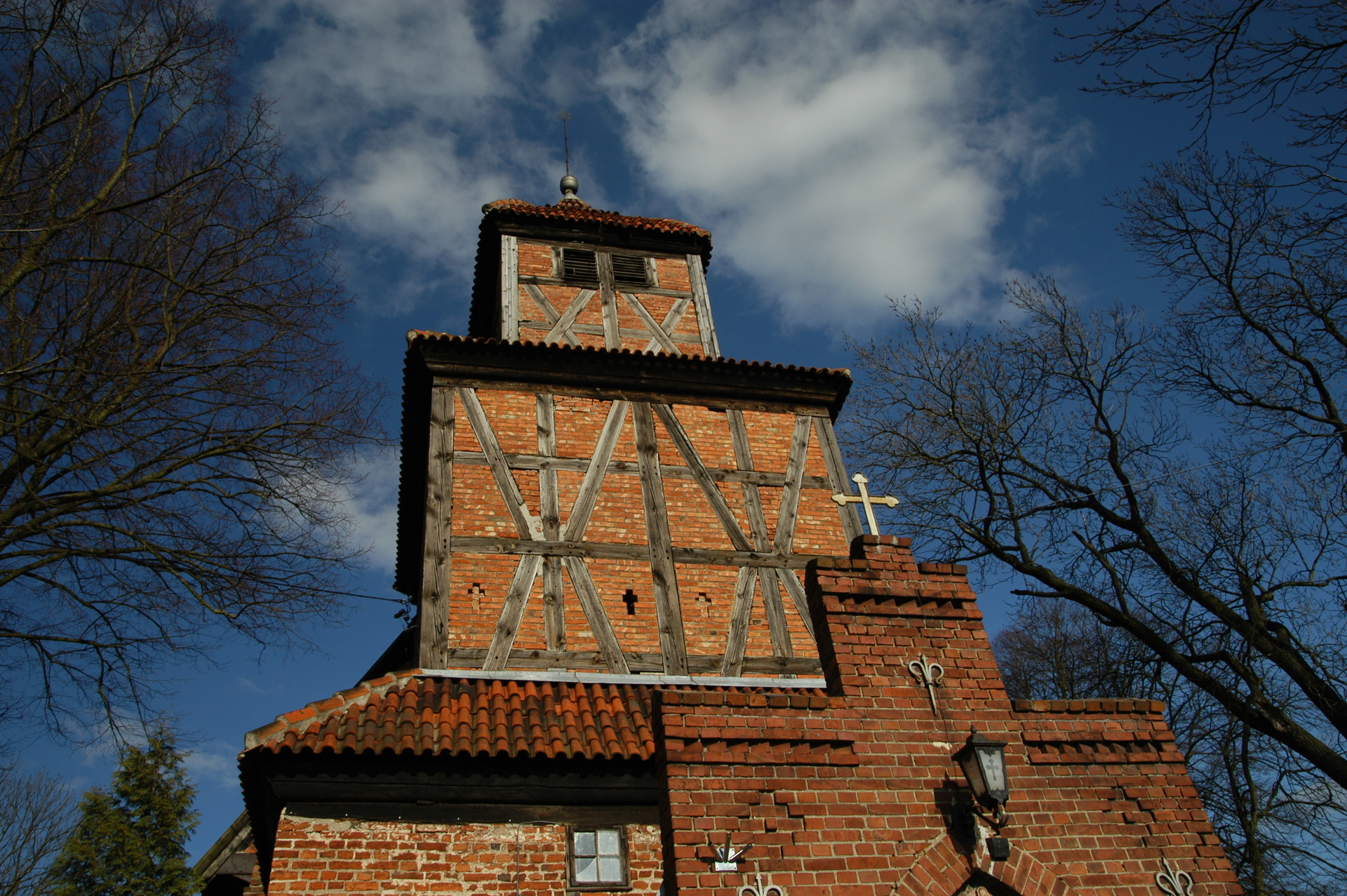 In XVI c. during the counterreformation, the Mennonites came from the Netherland and Germany – the religion refugees, who thanks to their knowledge and experience with the flooded areas, improved this land. Mennonites were very hard working and simple people. Their believes forbid them to marry someone from outside the community, that’s why when the last Mennonite family left these lands they disappeared from here for good. One of the proves they were here are their cemeteries in Małe Walichnowy, Polskie Gronowo, Międzyłeż or Walichnowy Wielkie with the original tomb shapes from XVIII, XIX and XX c., where You can still read the people’s names.

The Walichnowska Plain is lucky to have many water pressure towers which are one of the most precious hydrotechnical artefacts in Poland. The function of pressuring the water to the higher lever has the power station “Zgoda” in Międzyłęże. It task is pumping the water from the Border Canal to the higher one Pelplińskie Lake. There are two pumps there, each with the capacity of pumping 2m3/second, produced in 1913. Water from Pelplińskie Lake goes to the Vistula River. If the water level in the Vistula River is lower than in the lake, the water is pumped by the pump “Peace” in Rybaki. Its capacity is 2m3?second. The true pearl of those devices is the pump “Hope” in Rybaki, which takes the excess of water from Pelplińskie Lake. The original pump with the Ascherslebener Maschienenbau engine, produced in 1904. After very snowy winters the pump operates for 6 months without any break. Its capacity is 3m3/second.

Those devices work for more than 100 years without any breakdowns and gives the safety to the plain.

The Youth Hostel in Malbork