The Southern Kashuby. The land of hills and lakes. 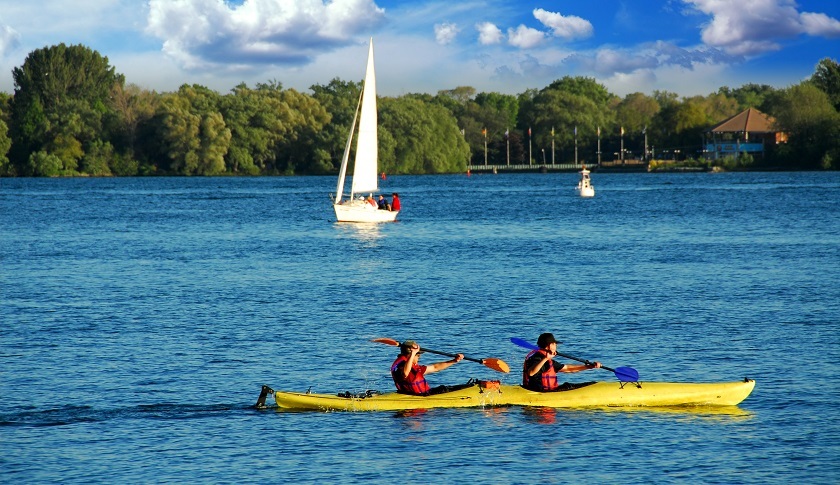 From the lakes and hills to the valleys full of tastes and covered by the green grass. Form the classical sniffing tobacco to the Kashubian strawberry full of the summer sun. From the Kashubian old huts to museums showing the variety of the tradition of the region. The Southern Kashuby, the area from Zukowo to Przechlewo are fascinating with the landscapes and the culture.

The Southern or the Northern Kashuby? If You would ask such question to someone, who loves this region, for sure it would be impossible to answer that. This region is very diverse with the incomparable features and history.

Kashubian Switzerland… so hills and lakes

“Kashubian Switzerland” – this is how w describe the central part of Kashuby. The name is not accidental. This part has the biggest highs differences full of hills and lakes. It is located close to Wiezyca peak (329 m. above the sea level), the highest hill not only in Kashuby and the Northern Poland but in the European Plain. There is also the Kashubian Landscape Park here with beech trees, pines and spruce forests, unique bird species (like the sea ducks “Mergini” or boreal owl) or bats and even the common European viper. Through the Southern Kashuby goes the red tourists trail, very popular among the walkers as well as the cyclists. In the winter time, the area near Wiezyca is a fantastic place for skiing. In the Summer time it is worth climbing the platform on the top of the hill and admire the view. 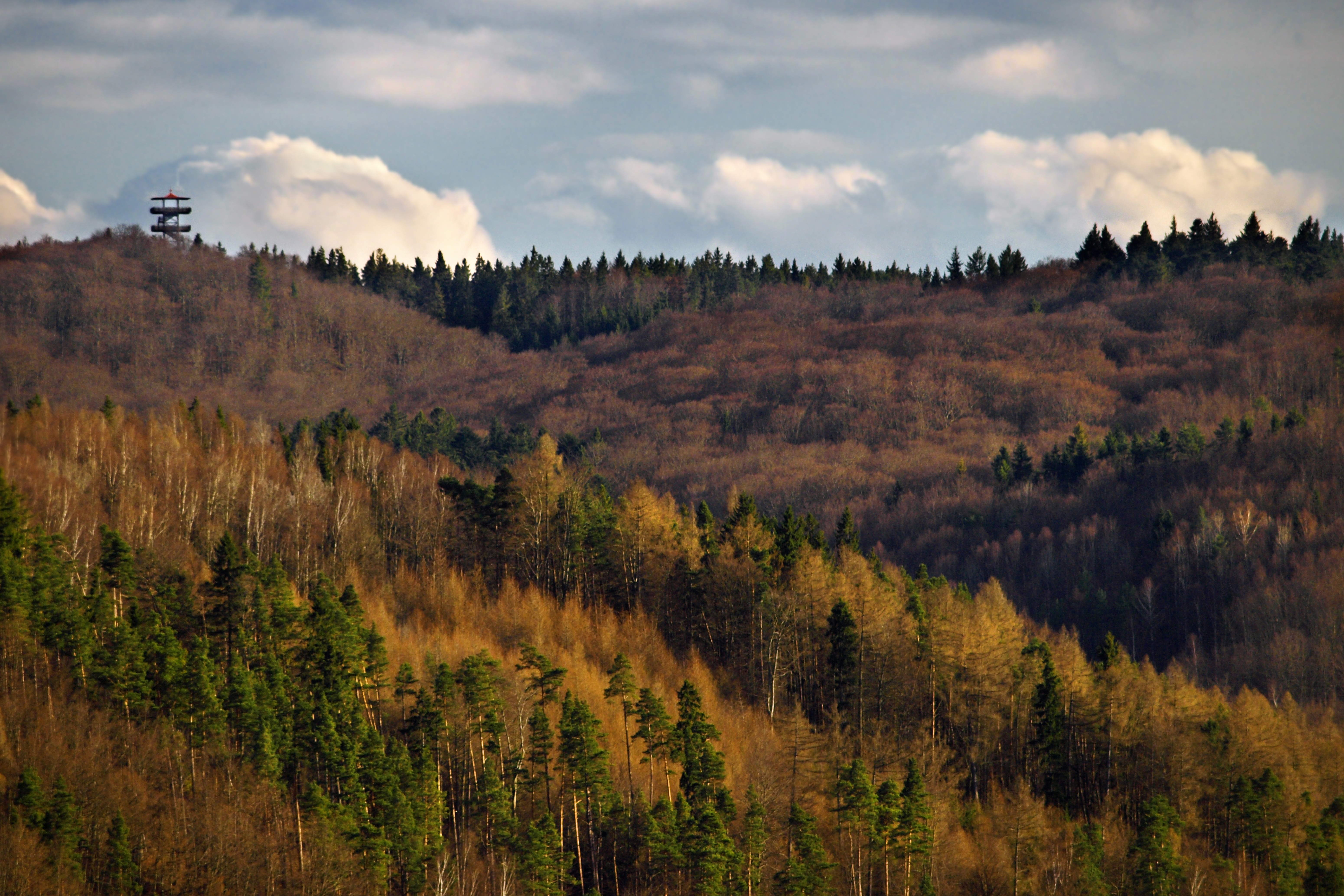 Kashubian Switzerland that is not only hilly landscape and post glacier lakes. That is also a culture and tradition, You can find almost everywhere. The names of cities and villages are written in two languages – Kashubian and Polish. You can hear Kashubian language, a mixture of Polish and German almost everywhere. It is difficult to understand what Kashubian people are saying. Luckily, people where are very friendly and kind, sow hen they see you do not understand, they turn into Polish.

The capital of Kashubia?

Nevertheless, Kartuzy, situated at the four lakes, is that city which promotes Kashuby the most. Already before the WWII Kartuzy were the centre of Kashubian Switzerland. Tourists were coming here all year long, visiting former Carthusian Abbey and swimming on the lakes. Today there is a Kashubian Museum here with the name of F. Treder, with big collection of the artefact of the historical and folk culture of Kashuby.

Near Kartuzy, in the Kashubian Landscape Park, there is Chmielno. A small village, extremely popular among sailors and the lovers of Kashubian pottery. For generations the family of Necel lived here, known around Poland for their passion to pottery. Till today they produce by hand traditional Kashubian vases, tableware, pitchers or bowls with the traditional patterns of tulips, lilies, fish scales or Kashubian star. 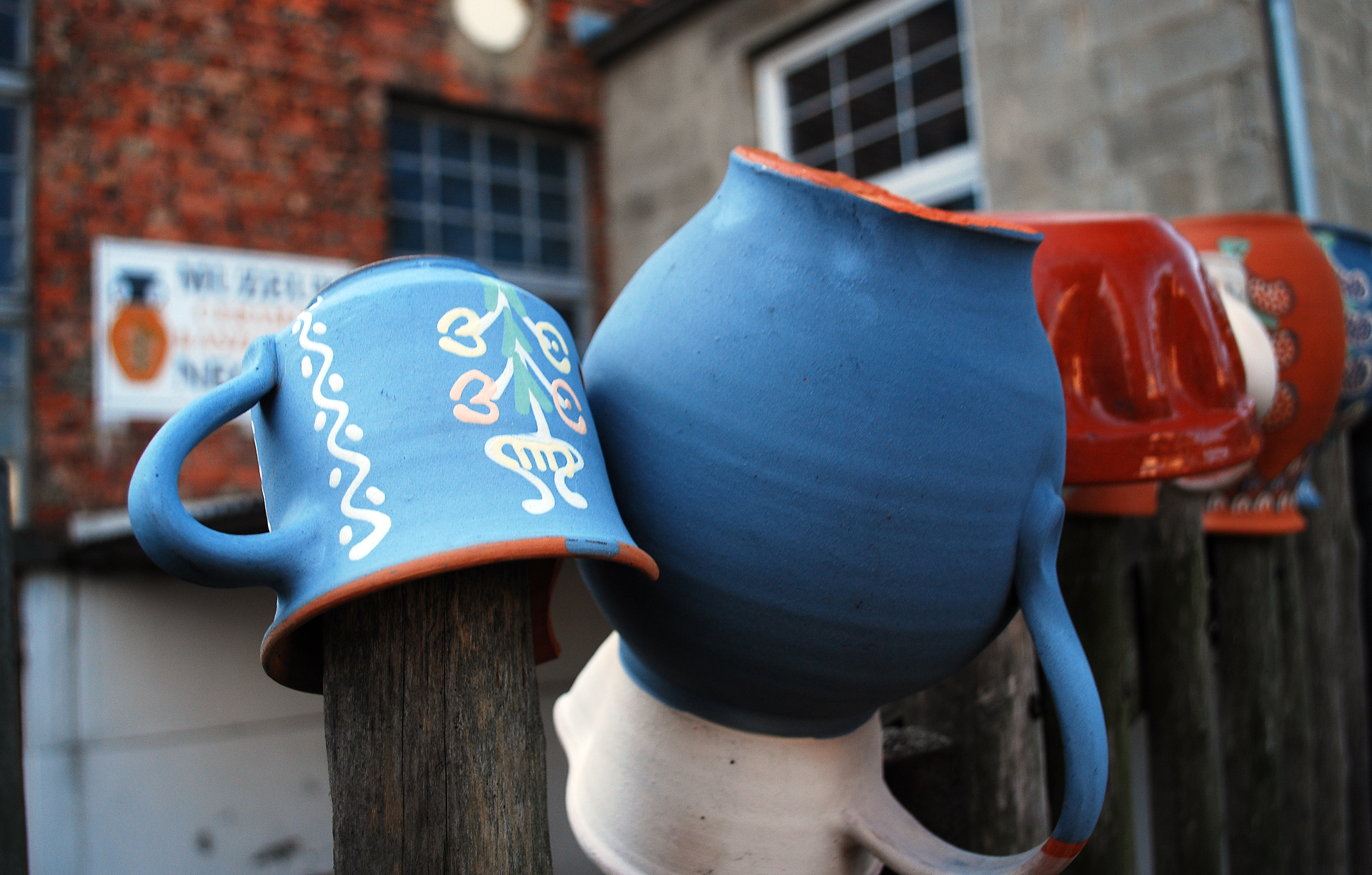 Those decorations are also traditional motives of Kashubian painting on glass and the embroidery. There are several Kashubian embroidery schools, depending on the region.

Travelling deeper  in the region, passing Koscierzyna with its renovated Old Town and famous Old Brewery, where the traditional Kashubian beer is brewed, we shall reach Wdzydze Kiszewskie. It is a touristic village, a true heaven for lake lovers and history enthusiasts. Wdzydze Kiszewskie is situated at the Golun Lake, ant the oldest Polish open air museum is situated here – The Kashubian Ethnographic Park. It was established in 1906 and till today is one of the most important historical attraction in Pomerania region and Poland. 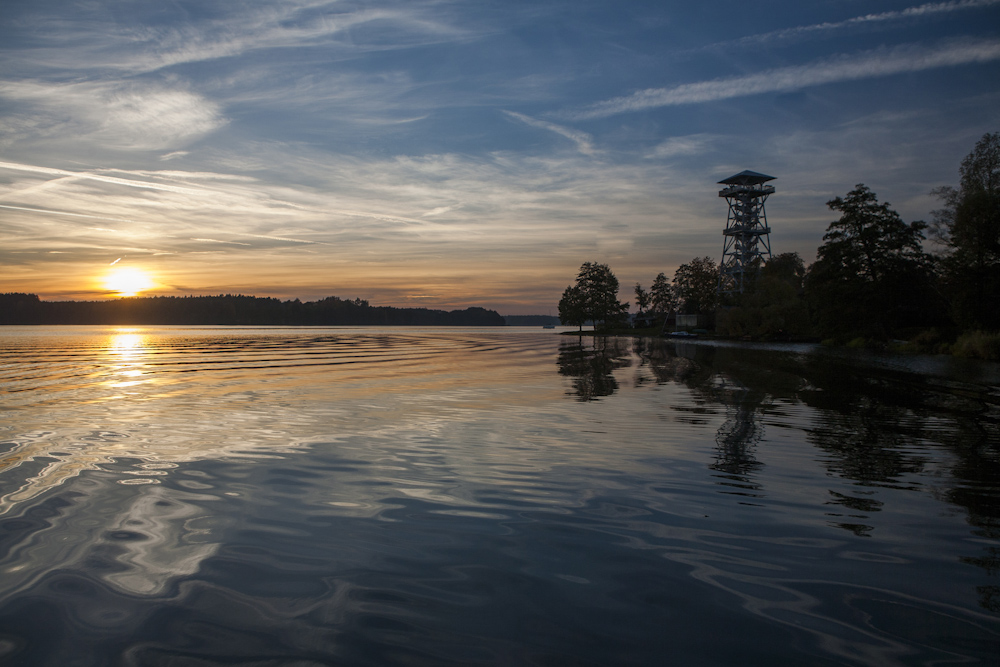 The Southern Kashuby hypnotize and fascinate. It is love at the first sight and who will fall in love with this area will love it forever.

The Kashubian Museum in Kartuzy