An idea for the trip: Wejherowo

City Park, photo by Sebastian Mitroszonek, resources of the County Office in Wejherowo

We often associate Kashuby with cities such as Kartuzy or Koscierzyna, but we often forget that Kashuby also covers the northern part of the Pomorskie Voivodeship. Wejherowo is one of the most famous cities in this part of the region. We invite you today for a day trip around this amazing city, you will sing Kashubian notes and find out why it is a favourite city of Star Wars fans.

The easiest way to get to Wejherowo is by the SKM -fast Tri-city local train. It runs in this direction every 20 or 30 minutes, and the ticket price is less than 10 PLN. The inhabitants of Gdynia are of course the closest, as they will go to Wejherowo for just over half an hour. For someone starting a trip from Gdansk, the journey will take around an hour. The low price is not the only Advantage of traveling by rail. Choosing this way of traveling is not limited by the number of places in the car, we also save time and inconvenience associated with looking for a parking space.

Wejherowo has prepared something special for the youngest guests: the trail of Kashubian Notes. It is a route consisting of fourteen points, along which we get to know not only the Kashubian alphabet but also the history of the city. The maps of the route can be found in Wejherowo tourists information points and on the Internet.

And where will Kashubian notes take us? Following their footsteps, we will see, above all, the beautiful Town Hall in Wejherowo in the Old Market Square. If you go on a trip at the weekend in the late spring or summer, you will have the opportunity to visit it with a guide. The Town Hall is located in the very centre of the city, on the Wejher Square. It is also here, that we can find a monument to the founder of the city, Jakub Wejher. The city owes him not only the creation and its name, but also the construction of the famous Calvary, thanks to which Wejherowo is today called the Spiritual Capital of Kashuby. The Wejher Monument is also a huge attraction for … fans of “Star Wars”! When snow covers it in winter, it looks like Darth Vader, one of the most important characters in the film. No wonder that the fans of this film are organising meetings in Wejherowo.

Calvary of Wejherowo, photo by Sebastian Mitroszonek, resources of the County Office in Wejherowo

Calvary of Wejherowo is another point on the Kashubian Notes route, which you simply must visit, not only because of its spiritual significance, but also because of the diversity of architecture or location in a beautiful, forested corner, and each of the 26 chapels has its own, a unique story worth knowing. Time travel enthusiasts will surely be interested in the fact that the first pilgrimages to Calvary in Wejherowo took place in the 17th century!

Near the Calvary there is the Aleksander Majkowski Park, where the last three points of our trail are located. The park is a wonderful place to rest after walking the entire route. The Wejherowo Park is bustling with life in beautiful weather. Among the charming alleys, there are plenty of places to relax – whether on a bench under an old tree or on the grass in the sunshine. There is also an amphitheatre in the park, where various cultural events and concerts take place. Events also take place in the nearby Przebendowski and Keyserling Palace, where the Museum of Kashubian-Pomorskie Literature and Music is located. This is where we find the last note. Can you imagine a better ending to our music tour than the Museum of Music? 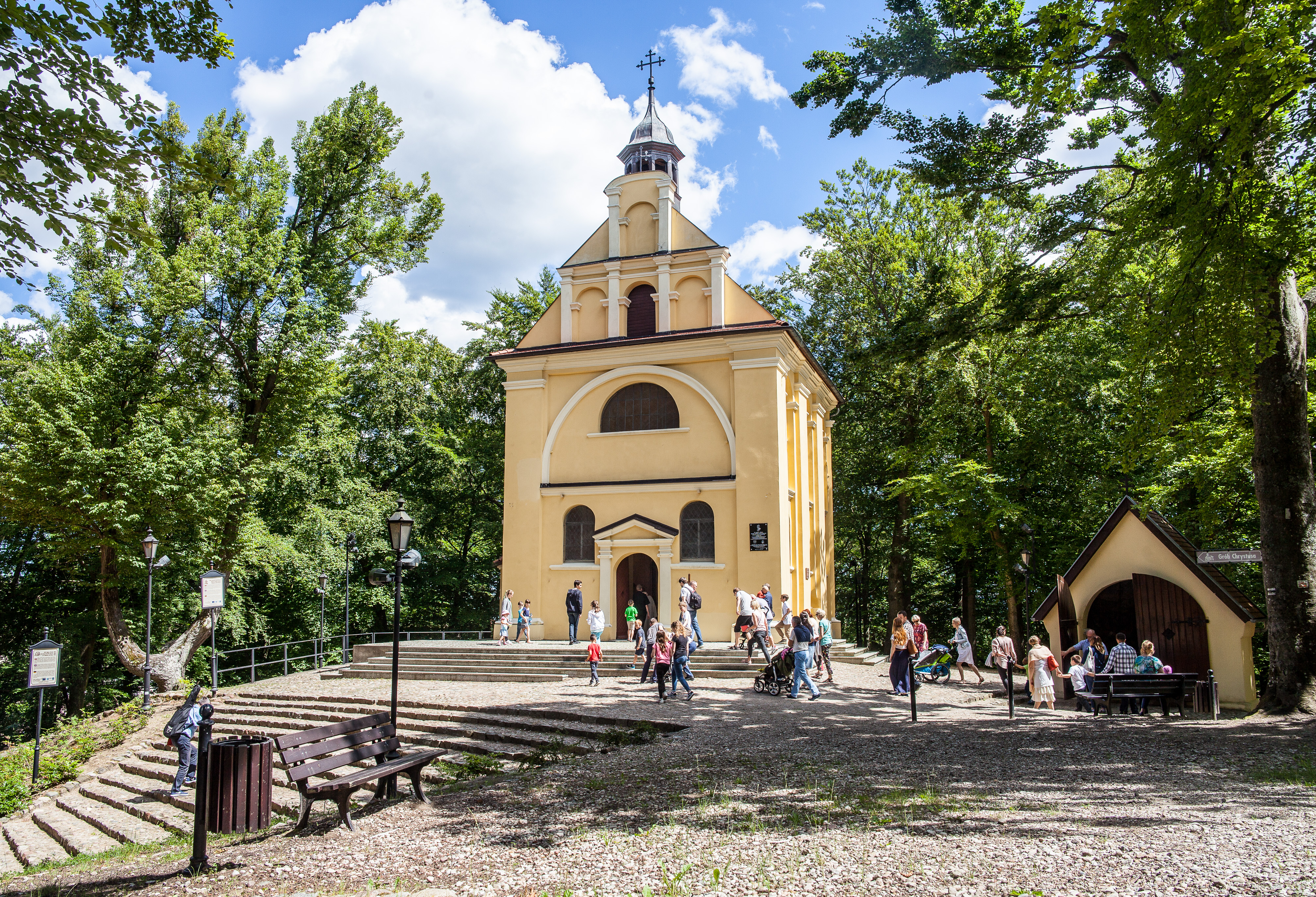 Speaking of music … if you have been following the marked trail all the time, you must have passed a modern glass building. If at the beginning of your trip you did not want to spend too much time next to it, be sure to come back to the station. This building is the Kashubian Philharmonic, operating in this place since 2013. This is another point on the map of Wejherowo, which has a rich offer of music and cultural events.

Isn’t Wejherowo the most musical and songful city in Pomorskie? It’s best to take the train and see it for yourself. Each of you will surely go the entire route for sure!

The City Hall in Wejherowo

The parish church of the Most Holy Trinity in Wejherowo