Located in the south-western part of the Pomorskie Voivodeship (province) the Park Narodowy “Bory Tucholskie” is an area that, in a quite beautiful way, shows the strength and self-sufficiency of nature. The conditions prevailing here create not only an ideal refuge for many animal and bird species but also an ideal place for a trip for people seeking the most valuable natural treasures of Pomorskie. They can go along one of the four educational trails that ensure a great overview of the natural attractions of the park.

The blue educational trail, “Piła Młyn”, begins in the Bachorze settlement and leads through the most beautiful places in the park, allowing you to appreciate its richness of flora and fauna. Following this trail you should note the rare lichens which occur here and which testify to the high quality of air and the specific microclimate of the Bory Tucholskie. One of the trail’s stops concentrates on a twinflower – a special plant that is a glacial relic. On the trail you will also learn how valuable species of birds, bats and amphibians are protected in the park, as well as how apiculture is run in these forests. You will reach the Krzyż Napoleoński [Napoleonic Cross], a copy of a wooden crucifix that was placed here at the beginning of the 18th century by Polish legions. Finally, you will see four lakes located close to each other (respectively the Kacze Oko, Płęsno, Skrzynka and Charzykowskie lakes). The Piła-Młyn trail is around 6 kilometres long. 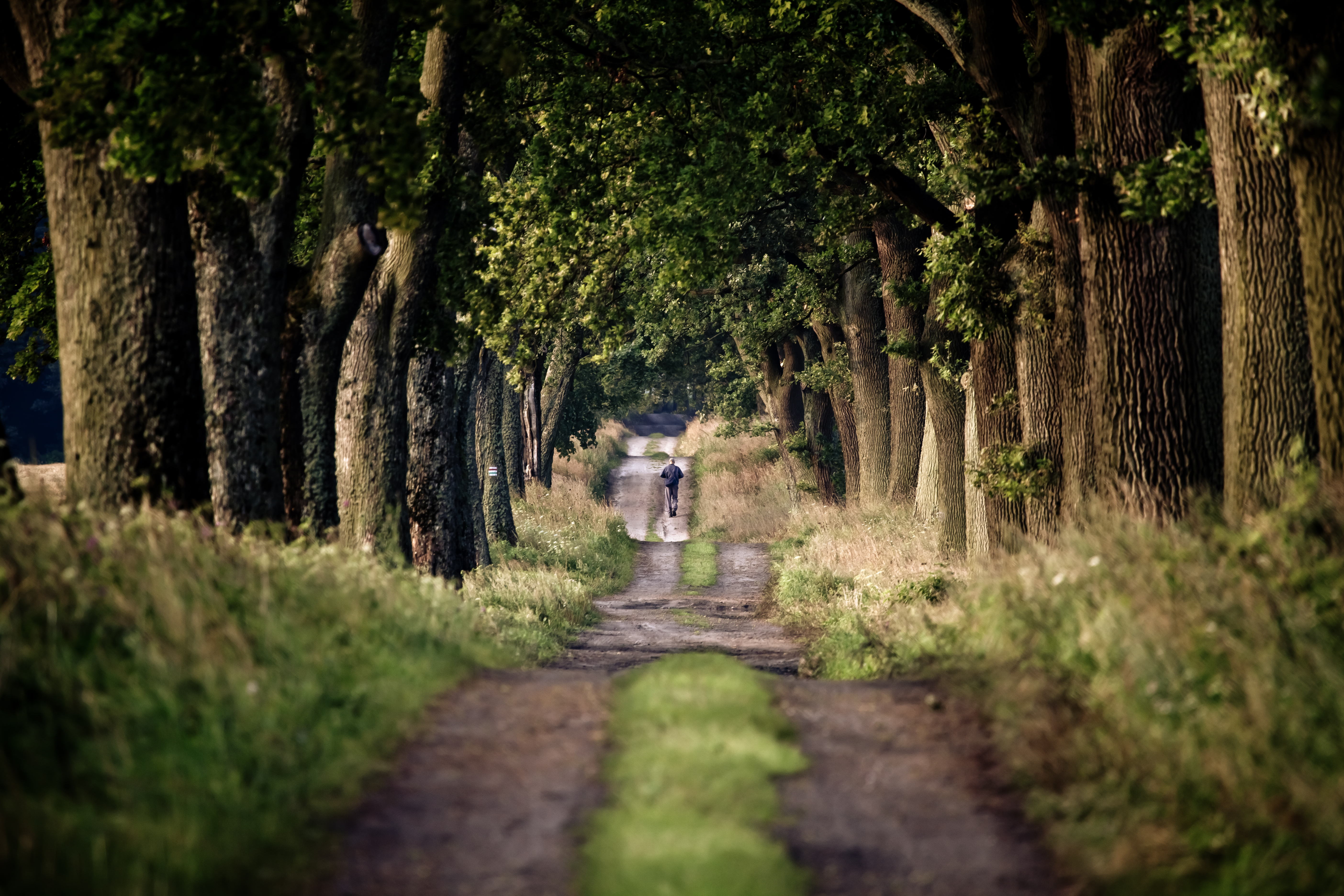 Around 2 kilometres north of the village of Klosnowo, there is a red trail called “Łąki Józefowskie,” which allows for observation of all ecosystems of the park. These include both the forest and meadow, as well as a water system, namely the picturesque lake Ostrowite, the biggest and deepest in the “Bory Tucholskie” National Park. The route perfectly emphasizes various aspects of the life of coniferous forests and their surroundings. You will find out here about the importance of ants’ or beavers’ activity, and you will discover what happens with dead trees. The length of this trail is around 5.3 km.

“Wokół jeziora lobeliowego Wielkie Gacno” [“Around Wielkie Gacno Lobelian lake”] is the name of the longest trail in the park, which is marked by the colour green and starts by the forester’s lodge in Bachorze. It will allow you to discover unusual dune plants, which grow in the neighbourhood of lakes which are characterised by low trophic levels and the resulting  waters of high clarity. An example of specific plants occurring here is a water lobelia, that a species that owes its name to this kind of lake. This trail is 6.5 kilometres long. 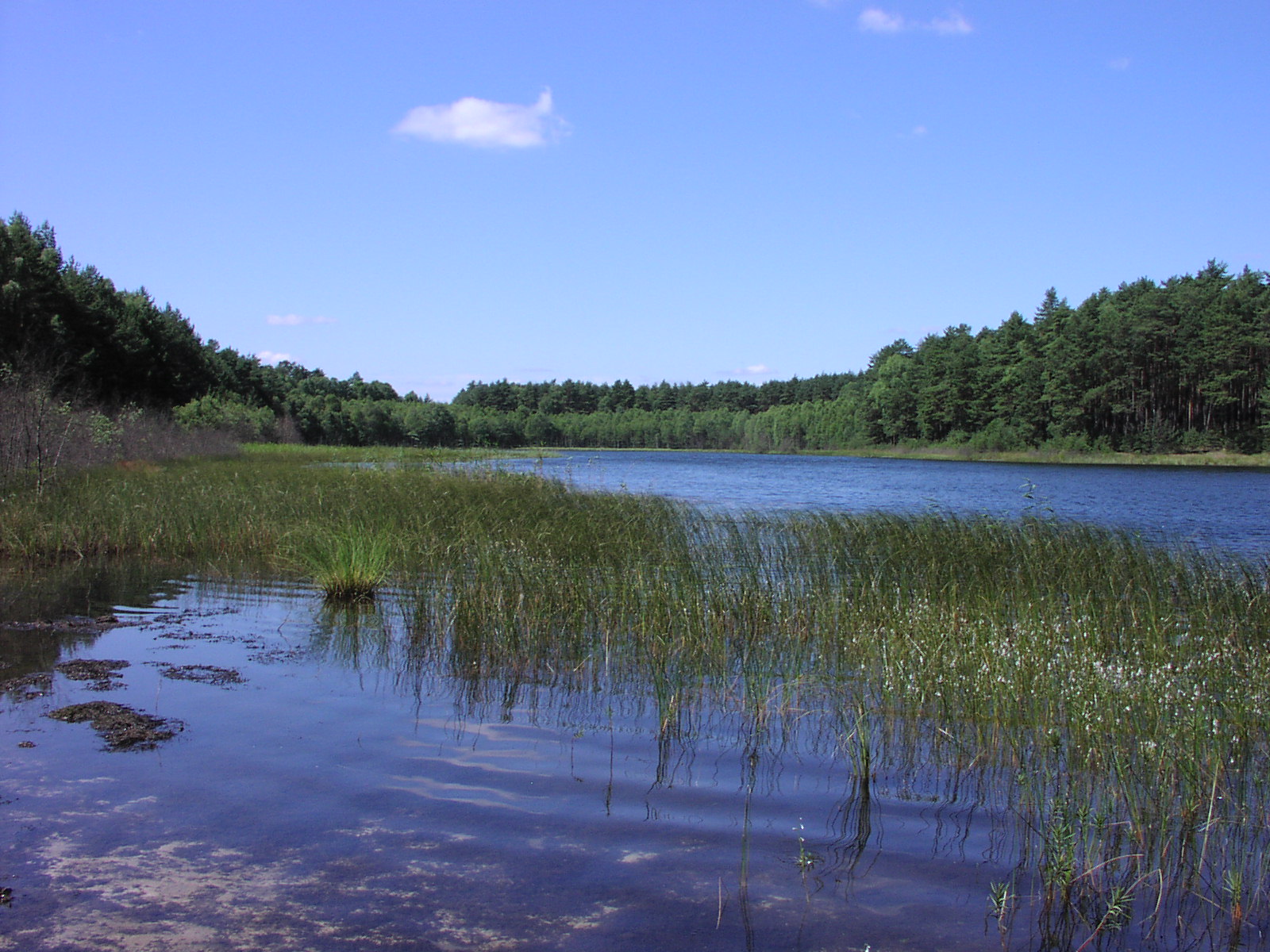 One of the lobelia lakes in Bory Tucholskie – Wielkie Gacno, fot. Beata Grabowska

The Botaniczna Ścieżka Dydaktyczna [Botanic Educational Trail] is considerably shorter and easier to tackle. This starts by the park entrance in Charzykowy. The whole area of the route is dense and it does not cross half a hectare, though you will find there many examples of flora occurring in the Bory Tucholskie. Starting from coniferous forest habitats, through peat bogs, Polystichum, heaths and various kinds of forests, to the meadow and water plants – all that results in a trail that focuses like a lens on all the green facets of the park. We will get familiar with domesticated plants and those that accompany humans (synanthropes), also those which serve as decoration. And in the Ogród Zmysłów [The Garden of Senses], located at the end of the trail, you are awaited by both unusual smells, conjured by plant species collected here, and sights of the numerous beautiful butterflies flying here. 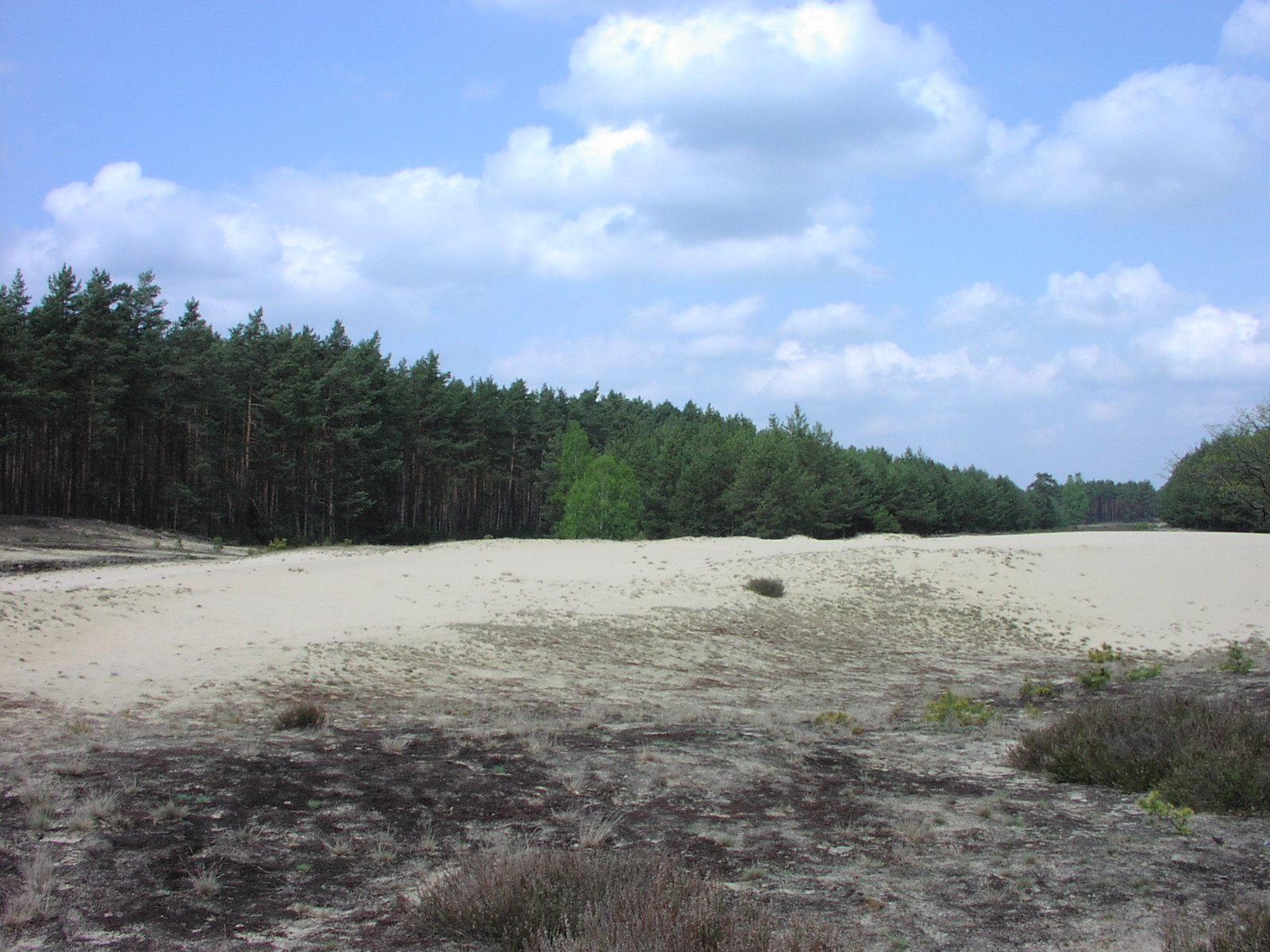