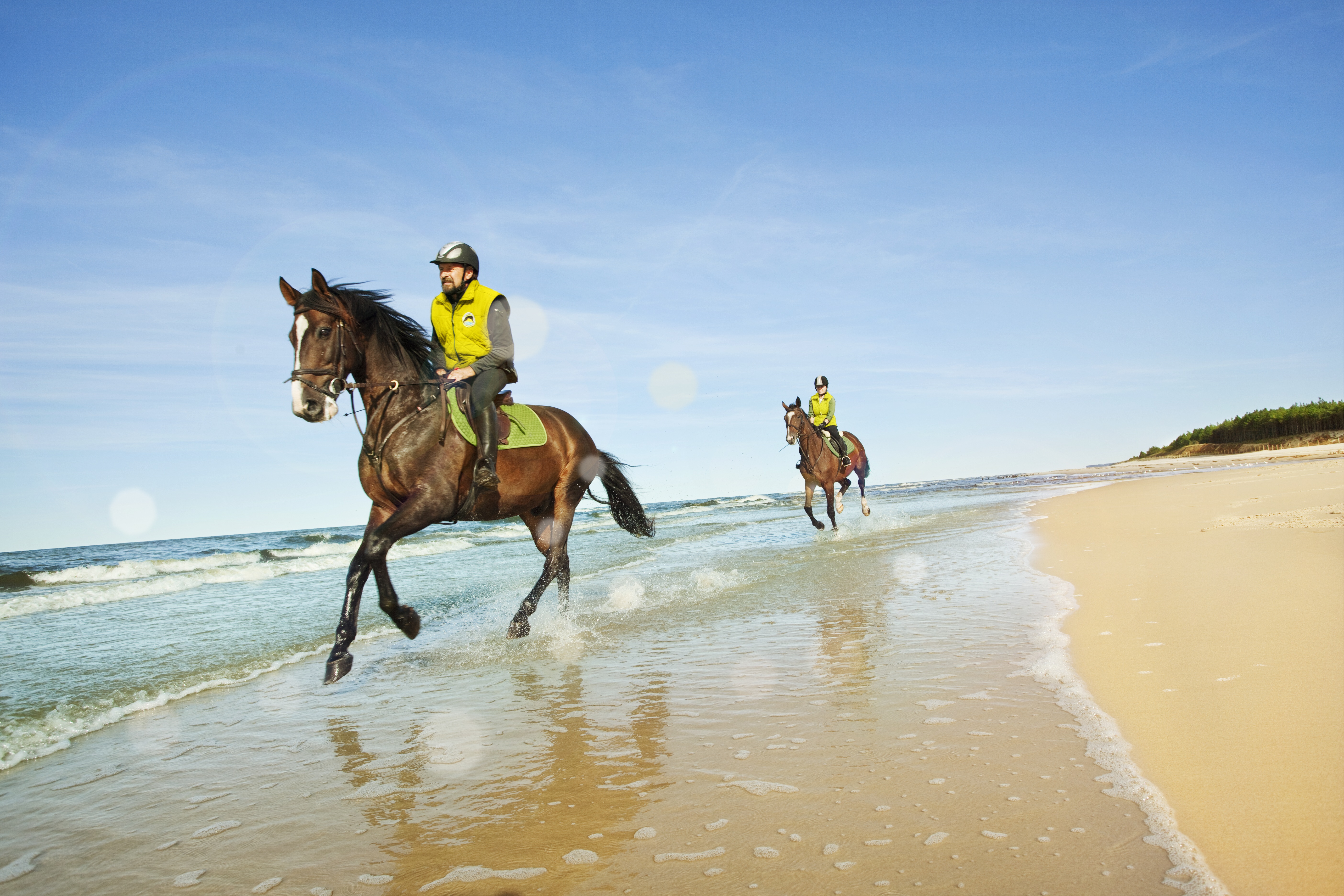 There are not many experiences so exciting and that give a feeling of freedom as much as a horse riding expedition across areas of wild nature. The world seen from the perspective of horseback is completely different, and the cooperation with a living creature under the saddle magnifies the feeling of a unity with nature. The Pomorskie Region, with its numerous bridle paths, greatly led studs with many traditions, as well as a well-developed horse agritourism offer is a perfect place for equestrian holidays for horse riding enthusiasts.

An unforgettable adventure can be for example an expedition on a bridle path on one of the trails marked out in two Pomorskie national parks that ensure direct contact with unspoiled nature. Known thanks to its moving dunes and unique sites of coastal nature, the Słowiński Park Narodowy [Słowiński National Park] is sometimes available for equestrian passages in May and September. You will need to apply for permission from the Park’s management then, which in its answer will determine the exact route and date when the horse ride will be permitted. Also in the Park Narodowy Bory Tucholskie [Bory Tucholskie National Park] there is a trail dedicated to equestrian tourism – it amounts to around 5 kilometres and follows a sandy route from Bachorze village by Charzykowskie Lake to Owink village. Along the way we will see the few hundred-years-old “Bartuś” oak, as well as picturesque midforest lakes. 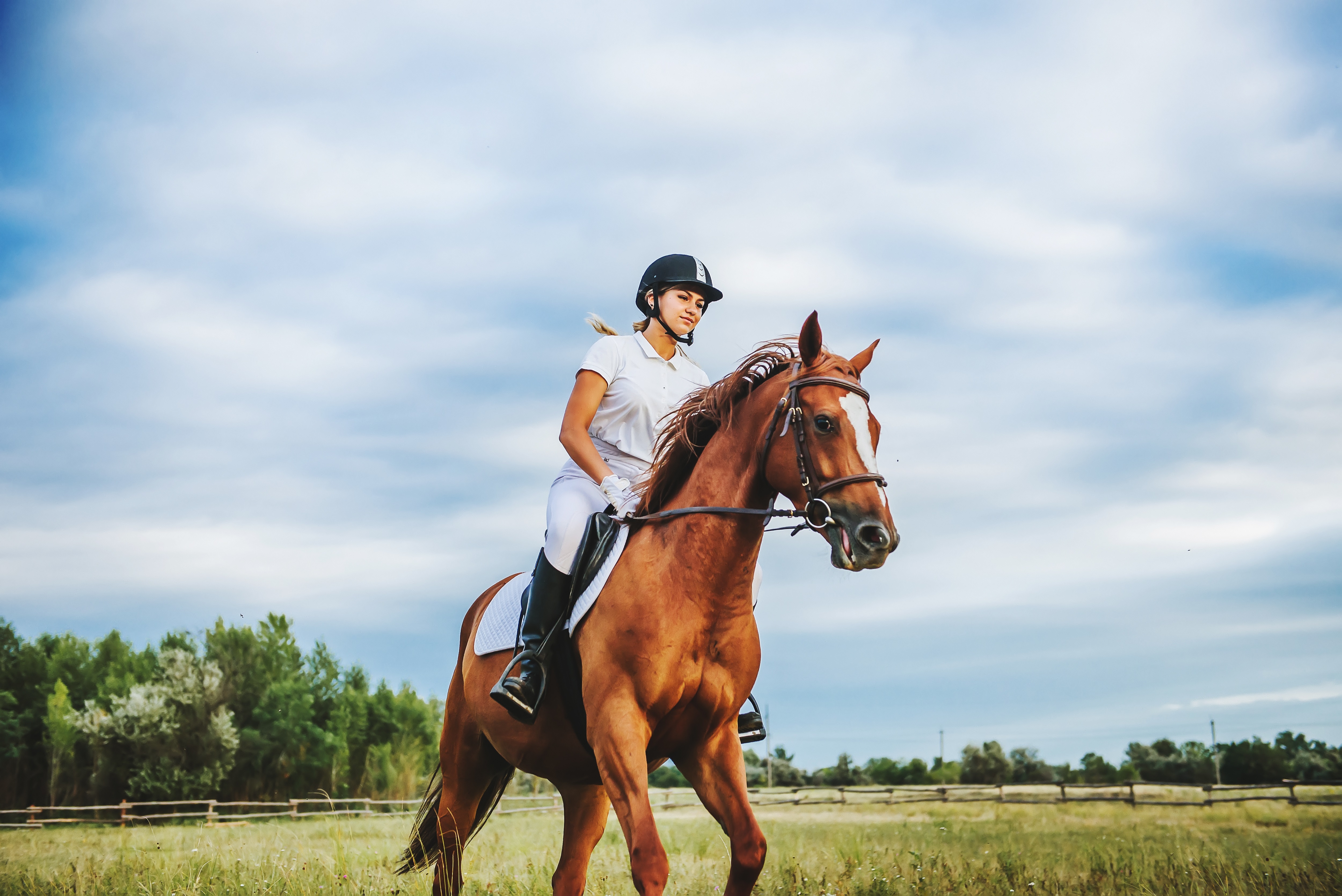 We can also travel in the saddle in the area of Pomorskie’s landscape parks. In Park Krajobrazowy Pojezierza Iławskiego [Iława Lake District Landscape Park] you can use walking trails marked out for a ride here, in turn, in Park Mierzeja Wiślana there is a trail dedicated to equestrian tourism in Jantar village. Nadleśnictwo Gdańsk [Gdańsk Forest District] has a rich offer of six trails with a total length of 56 kilometres, that shares a major part of its area with Trójmiejski Park Krajobrazowy [Tri-city Landscape Park].

A place for the seekers of interesting horse riding experiences, it is especially worth visiting Nadleśnictwo Choczewo [Choczewo Forest District] located in the north of Pomorskie. Eight inter-connected bridle paths with a total length of almost 130 kilometres ensure the possibility to cross the length and breadth of practically the whole area of the forest district, from the shores of the Baltic Sea, to as far as the charming Dolina Redy [Reda Valley]. What’s important is that both advanced riders, as well as beginners, will find trails suitable for them here. They are designed in such a way as to enable a few-hours-long horse ride but also even a few-day-long pony-treks. We will find here numerous signs, information boards and eight forest stables. 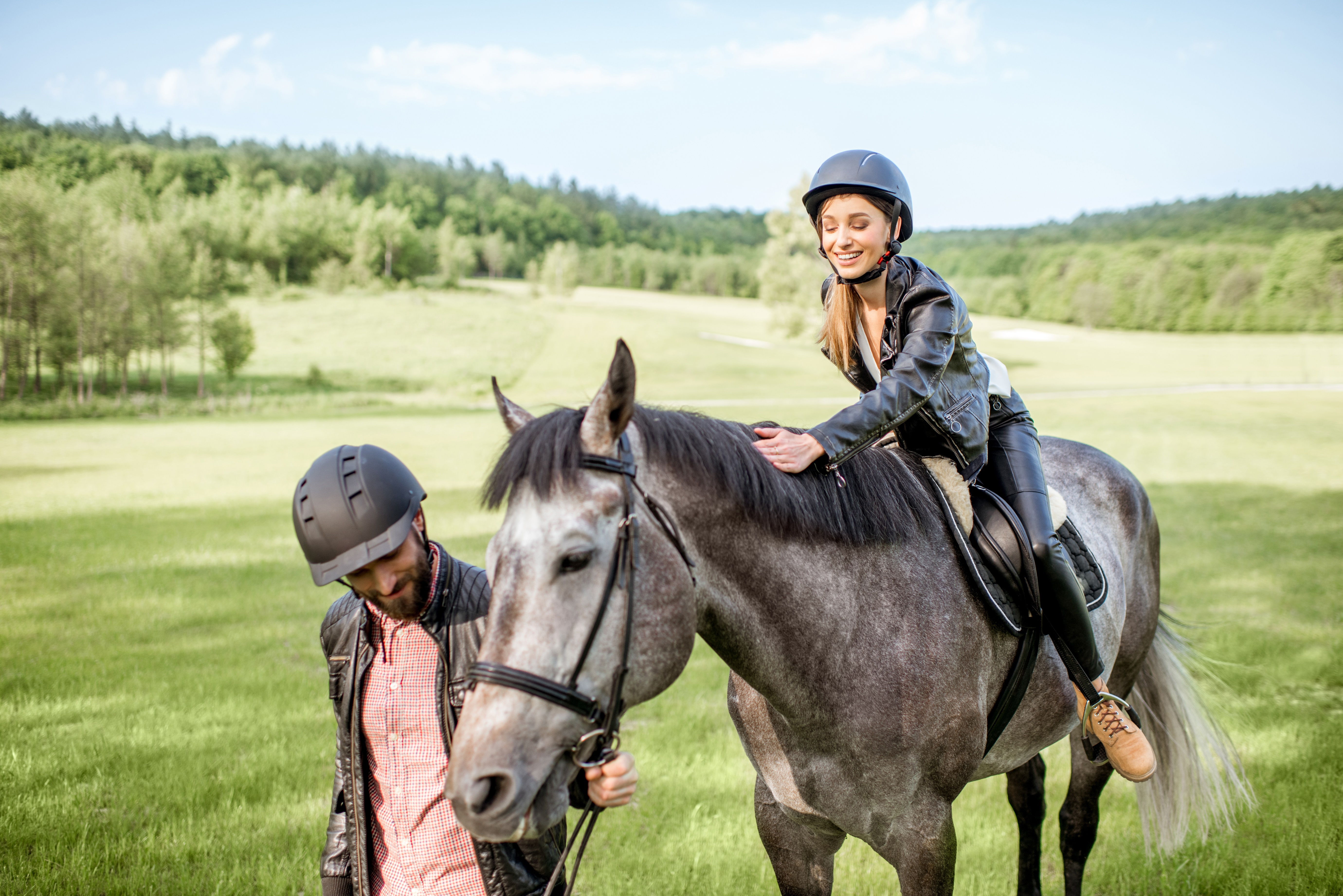 A part of the local trails run on the terrain of Nadmorski Park Krajobrazowy [Coastal Landscape Park] and are  linked with walking or bike trails. The longest is the “Wrzosowa” [“Heather”] trail, it has 21.6 kilometres and runs across beaches, dunes overgrown with mugho pine and coastal coniferous forests with the acres of heather. The trails “Borówkowa” [“Berry”] (it runs in pine coniferous forest without undergrowth, long straight sections with perfect visibility), “Dębowa” [“Oak”] (runs across oak woods on a rolling, hilly terrain) and “Dwa jeziora” [“Two lakes”] (runs around lakes Dąbrze and Czarne, by both of them we can find the “forest stables”) all have a similar length. Among shorter trails await, among others, an 8-kilometre trail leading across beech forests along the Reda valley.

An adventure on four hooves awaits us, it is then worth seeing for yourself how beautiful the nature of the Pomorskie Region is, seen from an unusual perspective.